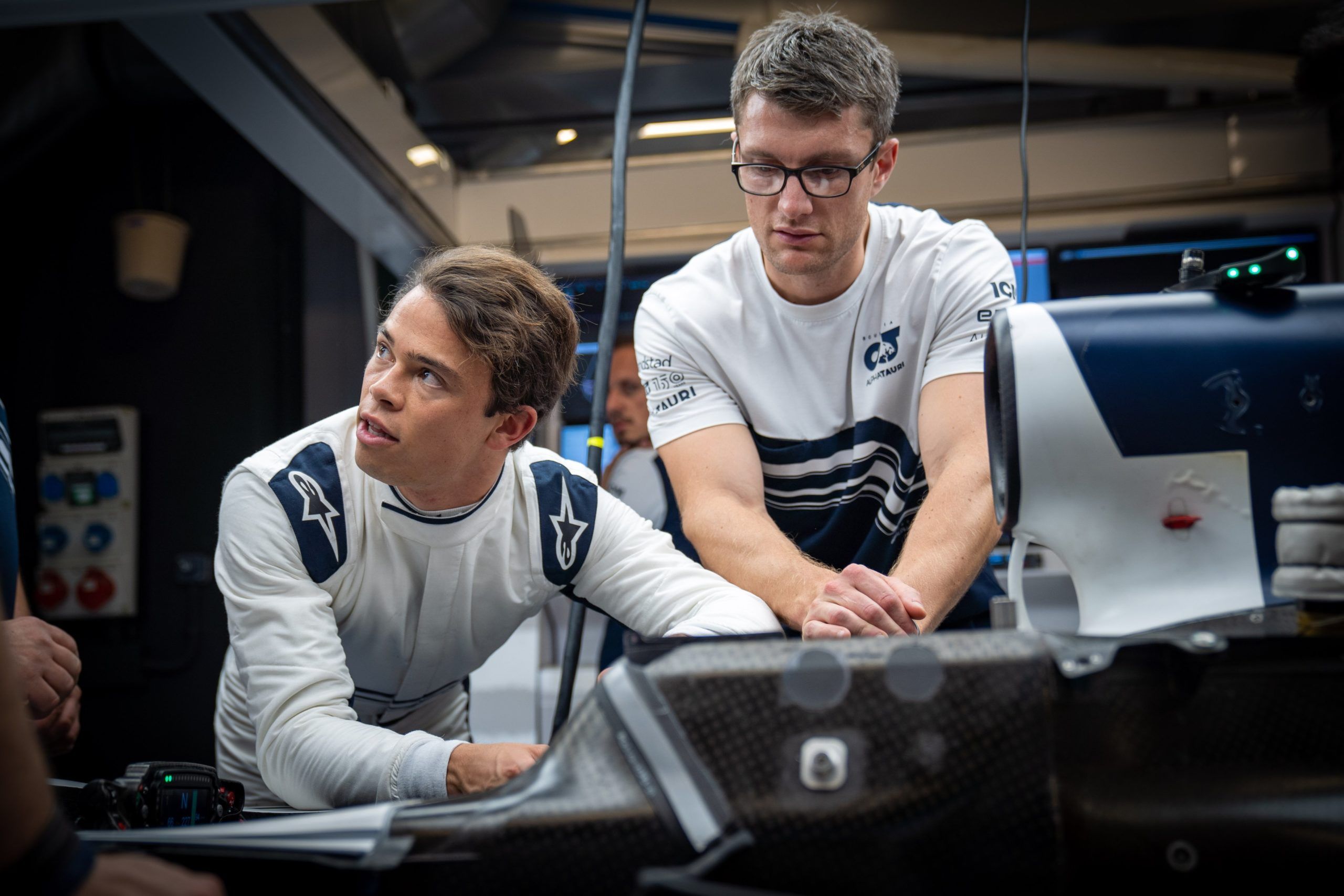 The FIA has released the provisional entry list for the 2023 F1 season with the new race numbers, along with the start times of races.

Starting with the 2023 F1 entry list, the new things most certainly is the race numbers of the three rookie drivers starting their journey. Williams’ Logan Sargeant had already confirmed his number as 2, while McLaren’s Oscar Piastri also talked about 81.

This will be the first time that 81 will be used in F1, while AlphaTauri’s Nyck de Vries revealed his number to be 21. This was previously used by Esteban Gutierrez between 2014 and 2016 with the lock-in period finishing in 2019.

Among other changes, the Honda name is back on the entry list with both Red Bull and AlphaTauri using the ‘Honda RBPT’ against their engine name. RBPT stands for Red Bull Powertrains which was used last year, but the Japanese manufacturer is back now.

The new deal was noted earlier in the season that they will continue providing support until 2025. There’s also the addition of sponsor MoneyGram against Haas as announced earlier in the year, with the number 27 returning along with Nico Hulkenberg.

In a rather odd change, much like Sergio Perez using ‘Mendoza’, Fernando Alonso has added ‘Diaz’ in his name too in this year’s list unlike last year. Both still don’t usually use them during the course of the season or during marketing but have it on the official paper. 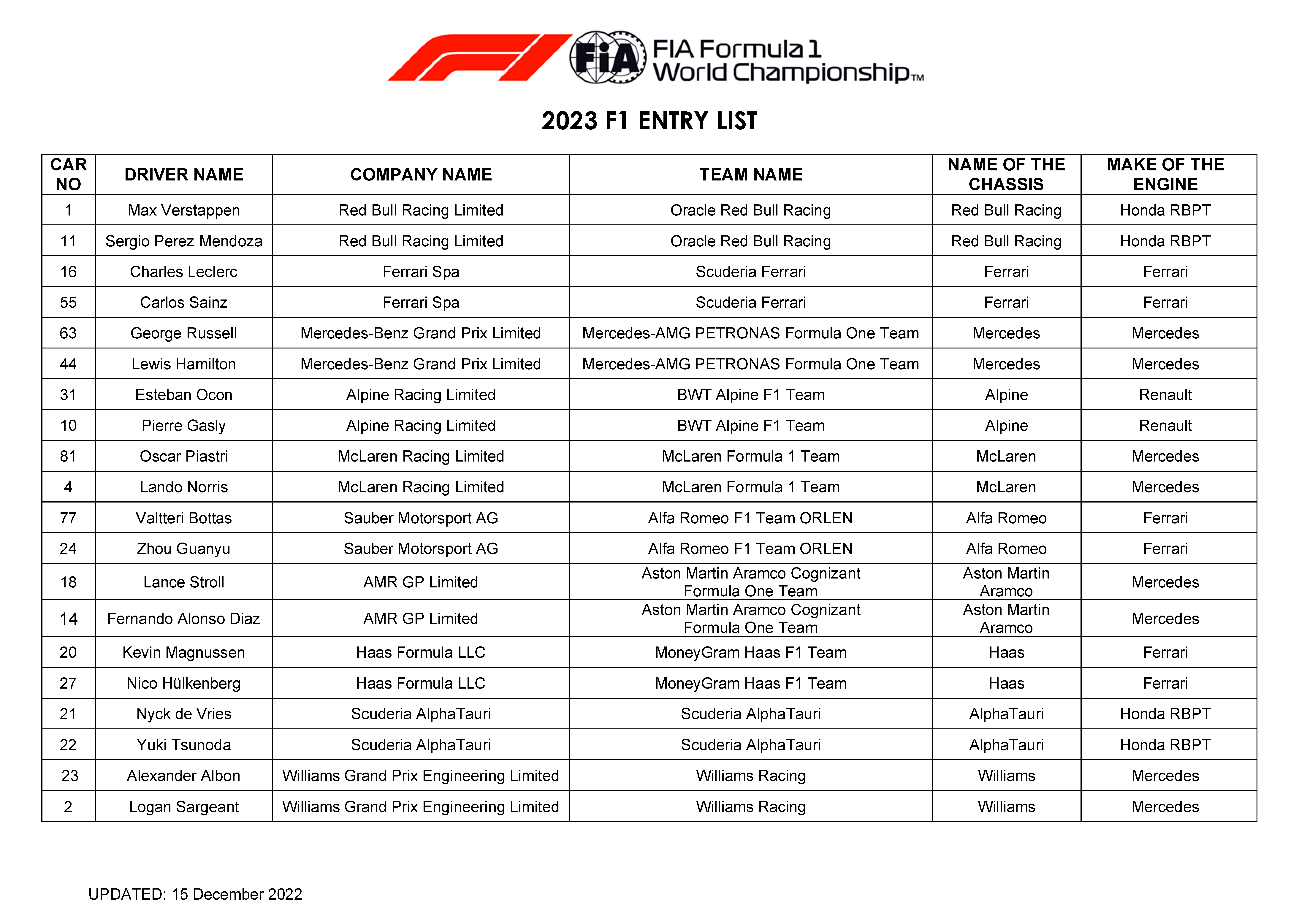 Along with the F1 2023 entry list, the FIA also released the start times for the new season which is more or less same as 2022 apart from those with the sprint events. With several to host the sprint event, their timetable is slightly different than last year.

Additionally, they also confirmed that the Las Vegas GP will run between Thursday and Saturday, and not the traditional Friday to Sunday. The organisers wish to make it a Saturday night race for F1 fans to enjoy the extravaganza and have Sunday off. 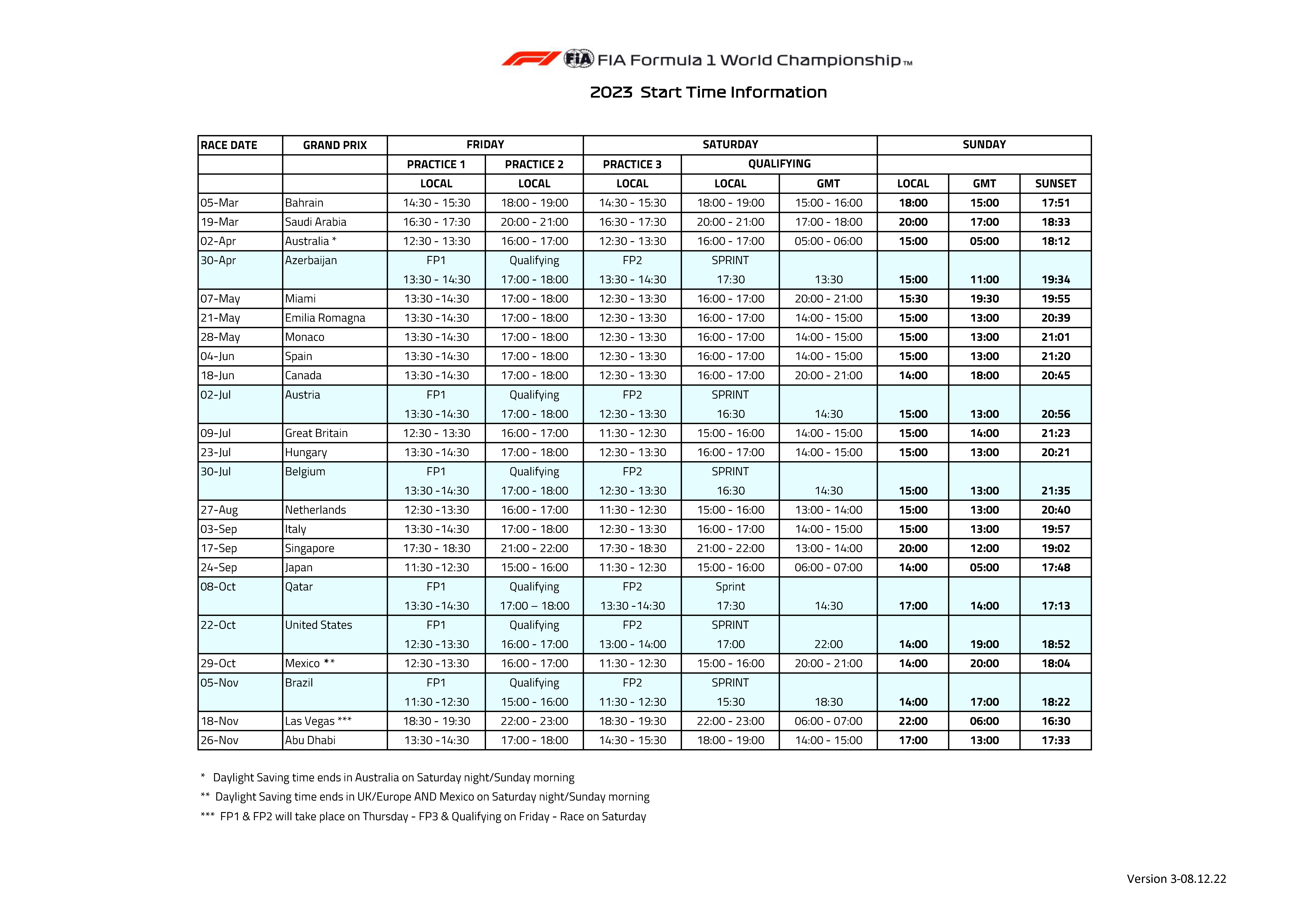 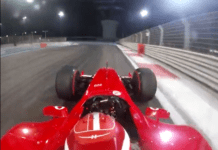