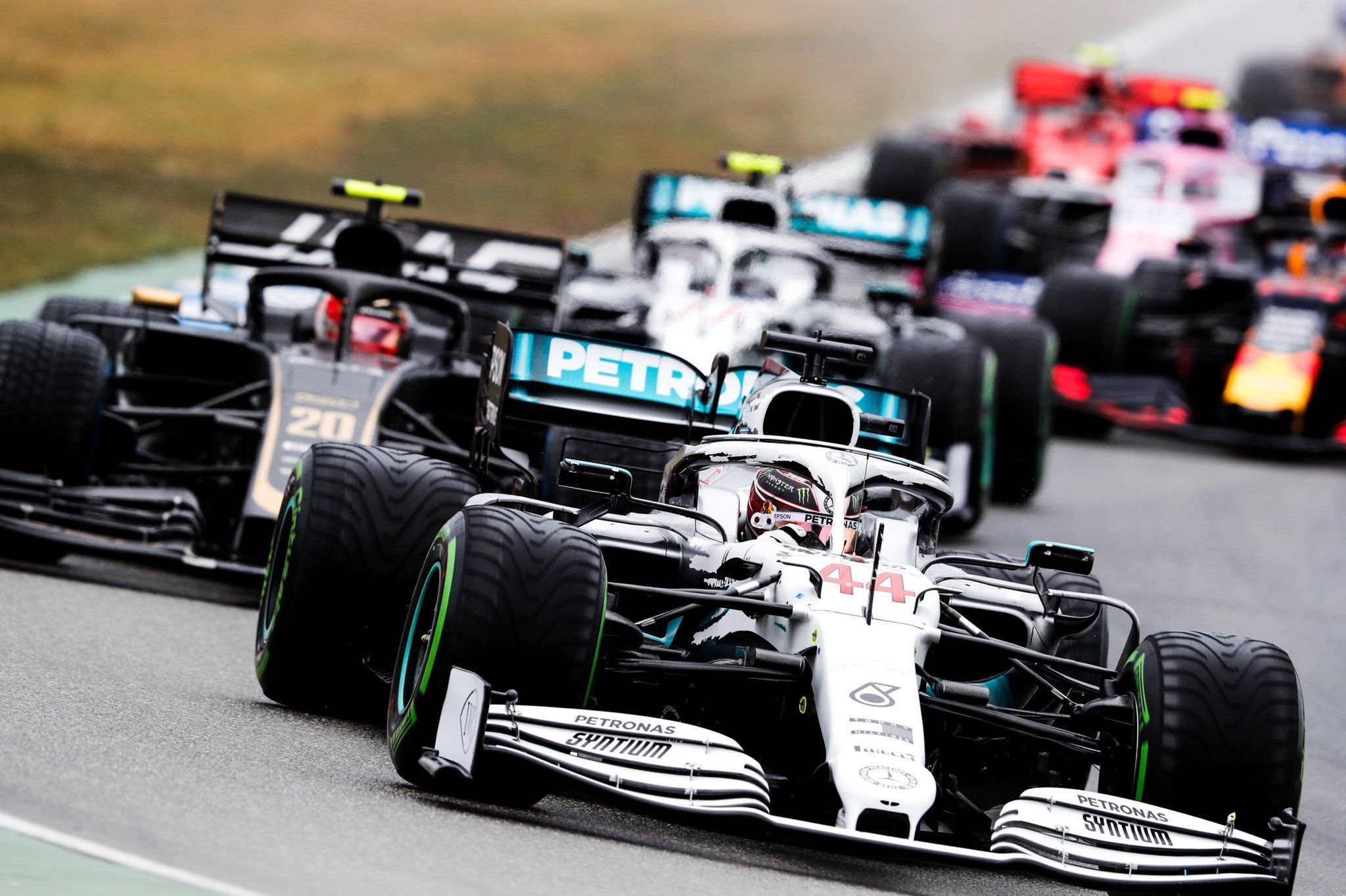 The chaotic conditions in F1 German GP at Hockenheim caught out even the might of Mercedes as they faltered at certain points which derailed its chances in the grand prix. Not only the team but both Hamilton and Valtteri Bottas had their share of mistakes too.

Hamilton crashed in the final corner, just after Ferrari’s Charles Leclerc’s off, while Bottas had a race-ending hit at Turn 1. With the benefit of hindsight, Shovlin reckons Mercedes should have opted for what Racing Point’s Stroll did eventually with the slick change.

The Canadian though admitted that they did not get it right for multiple times in the race, but got it perfect when it mattered to end up fourth, while battling for podium. The team brought him in under the safety car when the conditions were just trying out.

Others had to pit as well but after the safety car, which played in the hands of Stroll. This is what Shovlin says that Mercedes should have done with Hamilton to give him a better chance to not only eliminate the five seconds penalty but also to make up places.

“This was a difficult race, it was difficult as they come from a strategy position because you are not dealing with a wet start going into dry or dry start going into wet,” started Shovlin, in the Mercedes post-race debrief. “This was the race where the water levels were constantly changing, the track was getting faster and slower.

“The right tyre to be on was changing at different times. Now in such races, you essentially have to gamble on what’s going to happen in the future, is it going to get wetter or is there going to be a safety car. In those gambles and those decisions, we weren’t making the best use of the information that were available to us.

“But also, in some of it, the events didn’t go right our way. If you look in the strategy sense, no one actually did the right strategy. The right one would have been to go from X at the start to inter, to take the new inter in the safety car and then to do what Stroll did at the end, where he is coming in for a soft tyre while the safety car still out.

“So, he was the first car on the dry tyres, to race it to the finish. So, the fact the no one made the right decision shows how difficult it was, but certainly we are looking at the decisions that we made because we know that were not good enough and that was why we ended up with such a bad result.”

Talking about the tyre choices, Shovlin said the discussion with Hamilton was about the soft or medium before his incident. He agreed that they eventually were discussing about the wrong tyres when they had to take in inter instead of a slick tyre at that stage.

Regarding the comic pit stop, Shovlin said Mercedes were getting ready for Bottas to come in but Hamilton had the off and he came in, which gave the mechanics quite less time to prepare for not only a nose change but get Bottas’ tyre out and Hamilton’s in.

“There was a lot of chaos when Lewis came in, but we were in the pits ready for Valtteri,” he said. “He decided to stay out. At the same time, Lewis had gone off track, hit the wall, broke the front wing. He came in. We could see that he was coming in, but it takes the guys a little while to get the different tyres out.

“But, also, we had this broken nose and we can’t lift the car on that to do the normal change with the jack. So, we had to get different kit out to do that. It looked messy. There was a change of driver on the tyre call, we also changed the tyre spec from a soft to an intermediate tyre and getting the communication through to the guys when everything is so chaotic is very difficult.

“We are aware it wasn’t pretty, the guys in the pits actually did a really good job reacting to that, we at least got the right tyres on the right car. But those situations are very difficult, and they are not rehearsed, they are not the ones we practice. But it does show us where we need to be stronger in the future.”

While Mercedes did not want to put any blame on distractions from the 125 Years of Motorsport celebrations but Toto Wolff did indicate ‘karma’ for their own doings. On the other hand, Stroll was happy to secure a breakthrough result.

“I’m really happy with that,” said Stroll. “What an amazing day. Fourth place feels great considering everything that happened this afternoon. I was running at the back for most of the race; I spun a couple of times and we pitted five times. As special as it is to finish fourth, I am disappointed that the podium slipped away from us.

“I think a critical moment was the mistake I made in turn eight on my second or third lap on slicks, which is when Daniil [Kvyat] managed to get ahead of me. We tried our best to keep the quicker cars behind, but the podium was just out of reach.

“This race shows why you should never give up because it’s never over until it’s over. It’s great to see how much this result means to the team and it was so special to see the crew celebrating on the pit wall when I crossed the line. This important result is for everyone in the team and we will enjoy this moment.”

Guenther Steiner surprised with yet another tangle between Haas drivers