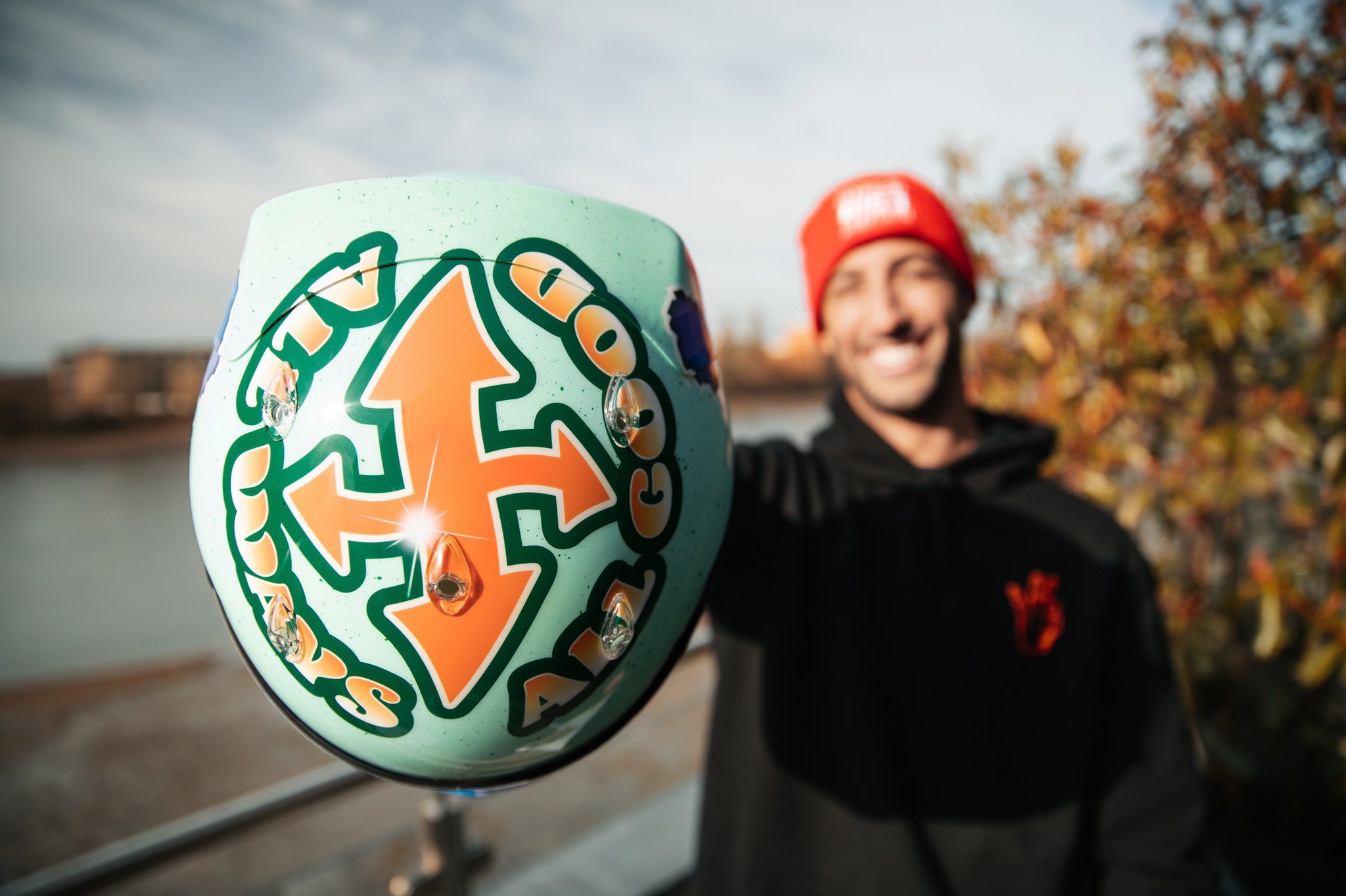 The Brazil F1 Virtual GP was won by George Russell as Haas took the teams’ championship, while Daniel Ricciardo revealed his 2021 helmet.

After eight F1 teams took part in second round at Silverstone, the grid was back up to nine for the finale with Mercedes returning for the Interlagos race. Among the current grid drivers, only George Russell remained on after Nicholas Latifi dropped out.

The Pro racers’ sprint race saw Renault’s Nicolas Longuet took the win from Ferrari’s Brendon Leigh, with Renault’s Fabrizio Donoso in third ahead of the second Ferrari of David Tonizza, as Williams’ Alvaro Carreton rounded out the Top 5.

It was a chaotic start in Brazil F1 Virtual GP as multi-car incident allowed Ferrari’s Dino Beganovic to lead from Renault’s Arnaud Tsamere, as Williams’ Russell shot up to third from 14th on the grid. Ferrari’s Arthur Leclerc and Red Bull’s Alex Albon dropped down.

Post the pit stops, Russell led the way from Haas’ Enzo Fittipaldi after the Brazilian carved his way up to second. Albon was third after fighting off Beganovic, with the other Haas of Pietro Fittipaldi was fifth ahead of Leclerc and Mercedes’ Jake Dixon.

The two had a superb fight but Leclerc prevailed, as Tsamere ran eighth from McLaren’s Jimmy Braodbent and Alfa Romeo’s Pieface23 in the Top 10. The end of the race had Russell win again, his sixth Virtual GP win on the bounce.

Fittipaldi was second ahead of Albon, with Beganovic was fourth from P Fittipaldi, Leclerc, Dixon, Tsamere, Broadbent, Alfa Romeo’s Thibaut Courtoius and AlphaTauri’s Luca Salvadori in the Top 10 after all the penalties applied.

With a consistent performance from the two Fittipaldi brothers, it was Haas winning the Virtual GP with 85 points, with their charity benefiting the most. Ferrari ended up second with 62, Williams third with 57, Red Bull fourth with 54th and Mercedes fifth with 28.

In the real world F1 news, new McLaren signing Ricciardo showcased his race helmet for the 2021 F1 season, as the Australian continuing with uniquely painted scheme, which he used last year when driving for Renault.

The multi-colour helmet has ‘Honey Badger’ on the back with his number #3 on the sides, while the top staying ‘All Good, Always’. Here’s some of the photos and a video: 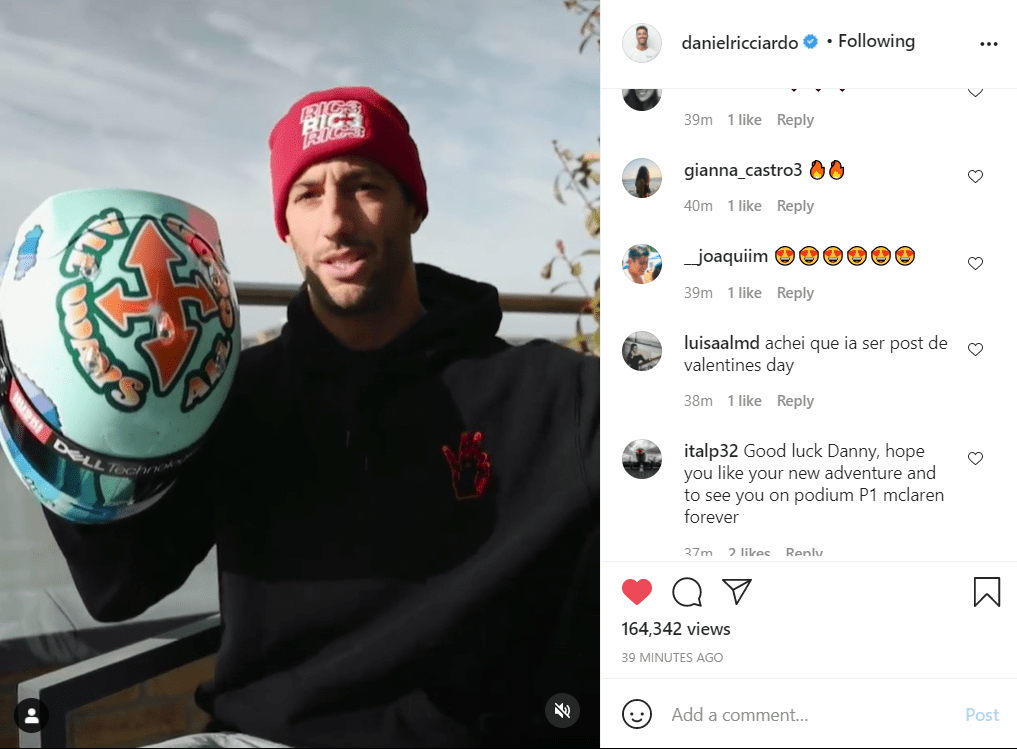 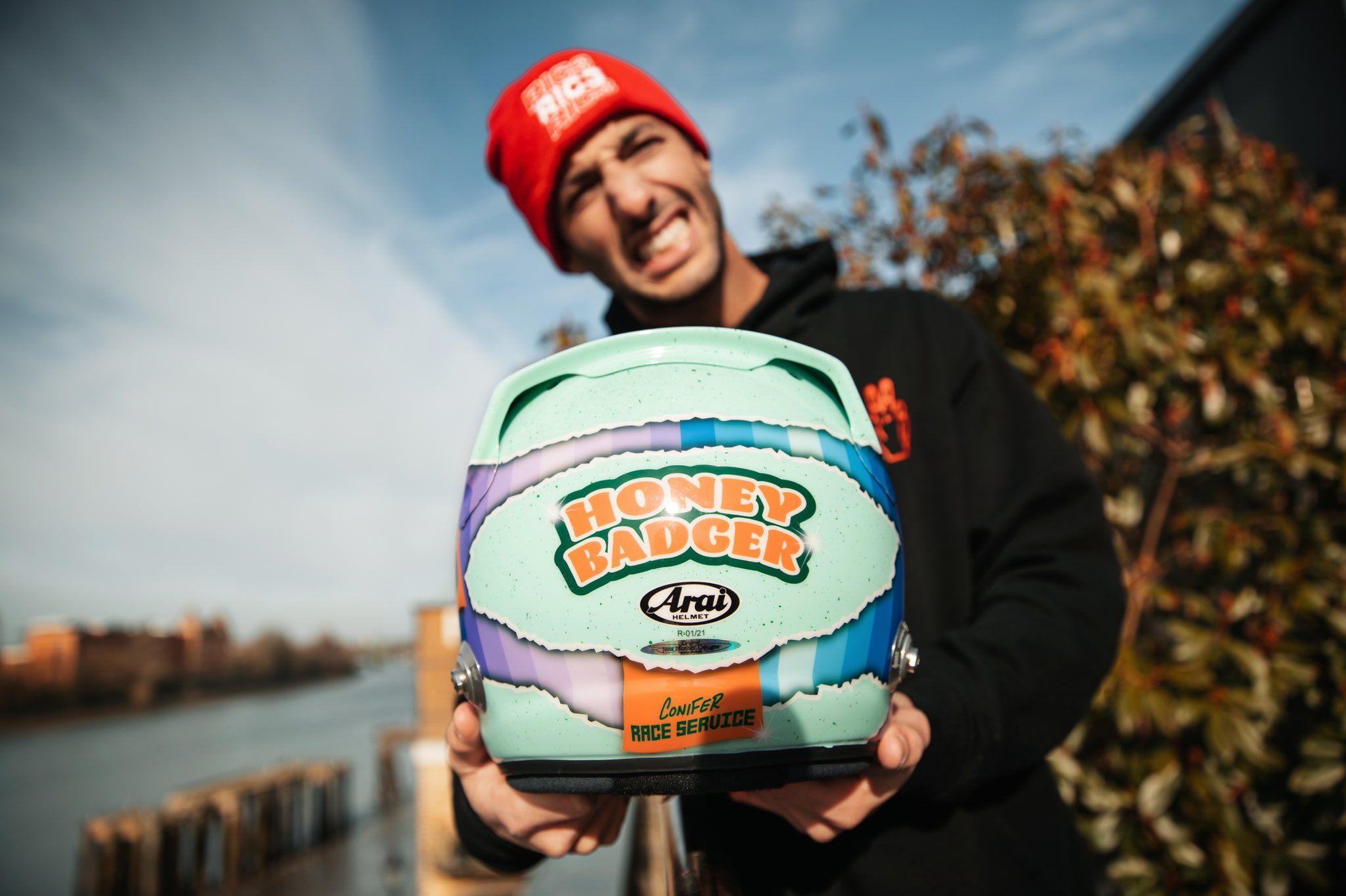 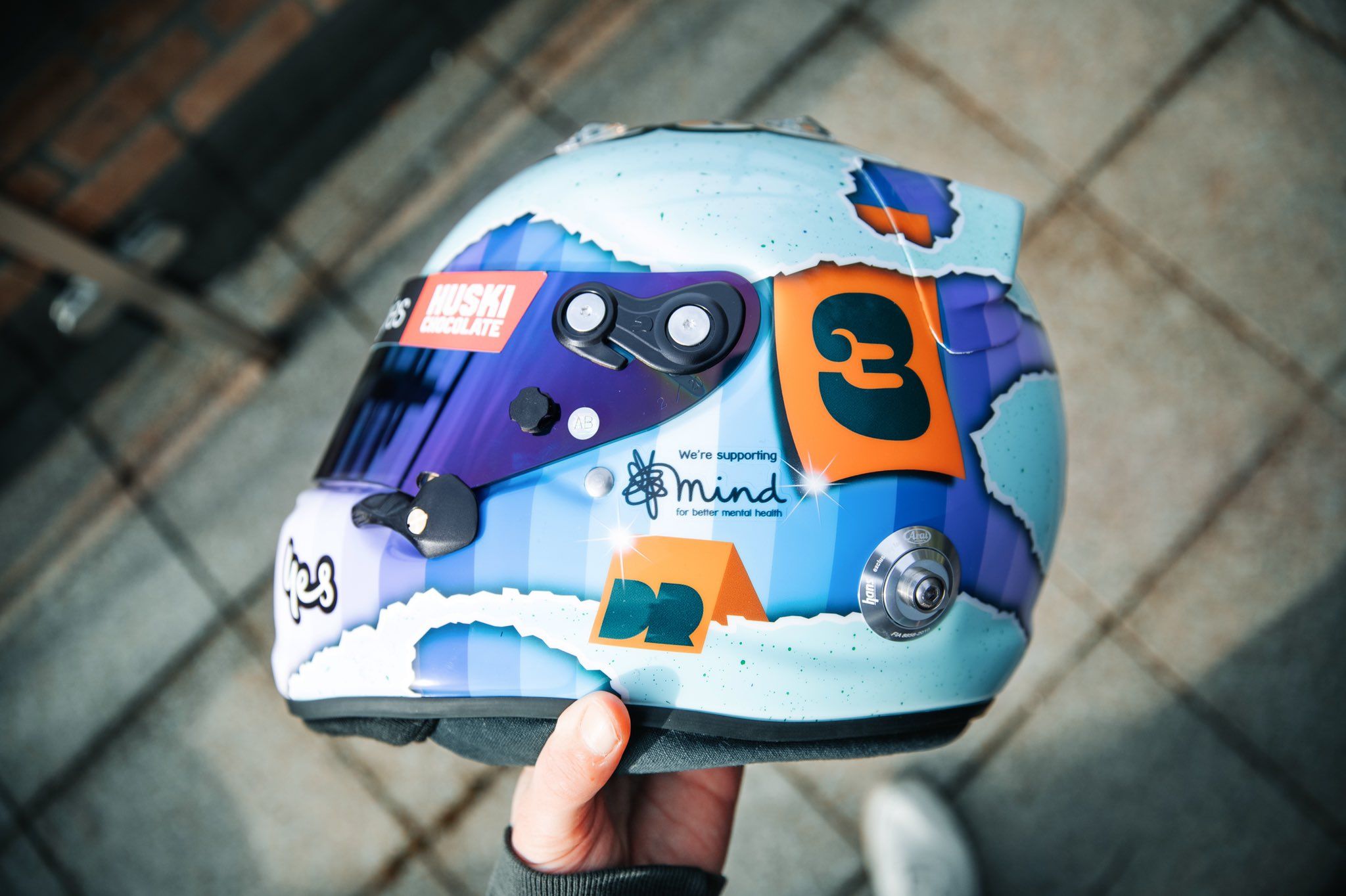