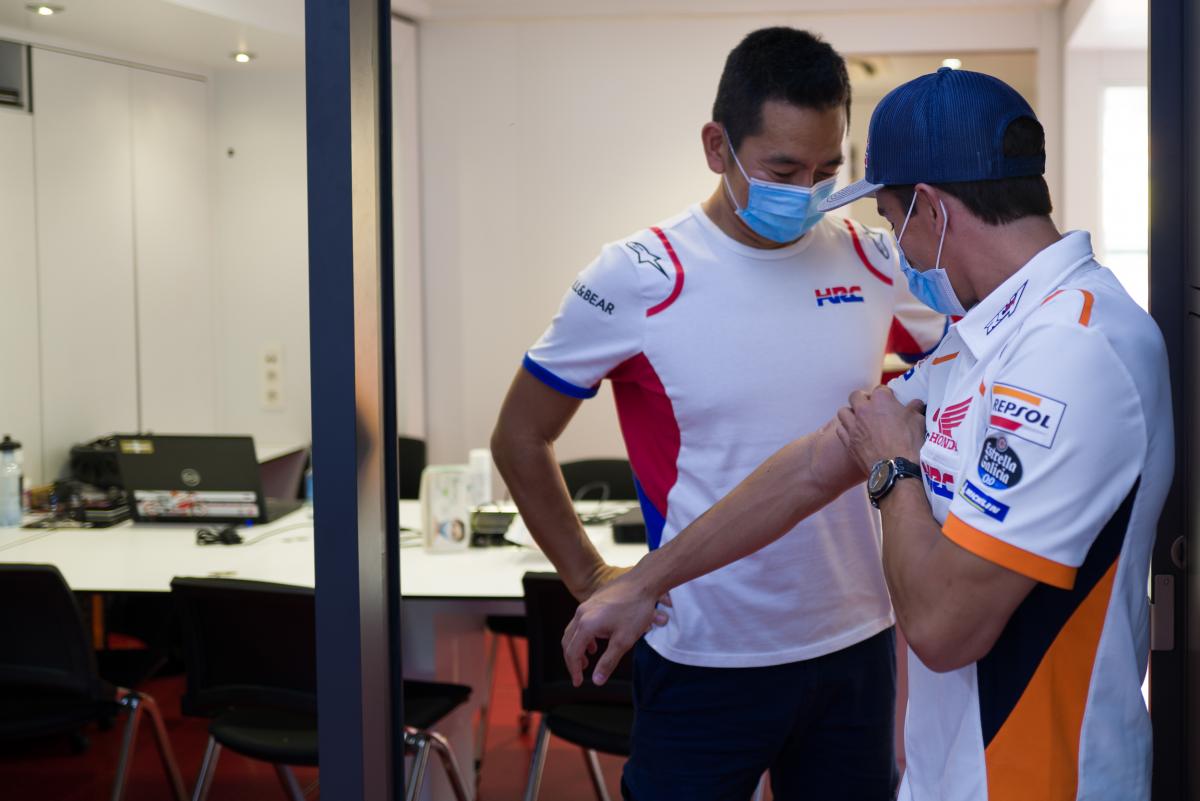 Honda’s Marc Marquez has underwent his third major surgery on Thursday which puts his MotoGP return chances in jeopardy.

Having injured himself already in the first round of the 2020 MotoGP season, Honda’s Marquez pushed an early return in the subsequent races, thinking the injury would heal soon. However, it wasn’t the case after he was forced to undertake a second one.

It pushed his return to until the end of the 2020 MotoGP season as Stefan Bradl continued to ride as his replacement. By the end, it became apparent that Marquez won’t be able to ride as he then switched his focus fully towards 2021 for a healthy return.

But the slow progress in his healing made him jitter about his chances in 2021 and a subsequent consultation with the doctor pushed him into a third surgery, which lasted for eight hours as per Honda in the Ruber Internacional hospital.

The team, though, hasn’t noted about the timeframe of his recovery but Spanish media is reporting a time of about six months, which will push him out of MotoGP for until May 2021. This will certainly rule him out of contention for the title at least.

He is scheduled to race in 2021 alongside Pol Espargaro with brother Alex moving to LCR Honda alongside Takaaki Nakagami. In case, Marquez is forced out, the team will need a replacement for outside or could continue with test rider Bradl.

Here’s a statement from the team:

“Marc Marquez has undergone a new operation on his right arm as a result of the slow healing of the humerus bone, which has not improved with specific shock wave treatment. Today the rider has undergone surgery at the Hospital Ruber Internacional, in Madrid, for a pseudarthrosis of the right humerus.

“The surgery, carried out by a team made up of doctors Samuel Antuña, Ignacio Roger de Oña, Juan de Miguel, Aitor Ibarzabal and Andrea Garcia Villanueva, consisted of the removal of the previous plate and the placement of a new plate with the addition of an iliac crest bone graft with a corticoperiosteal free flap. The surgical procedure lasted for eight hours and was uneventful.”