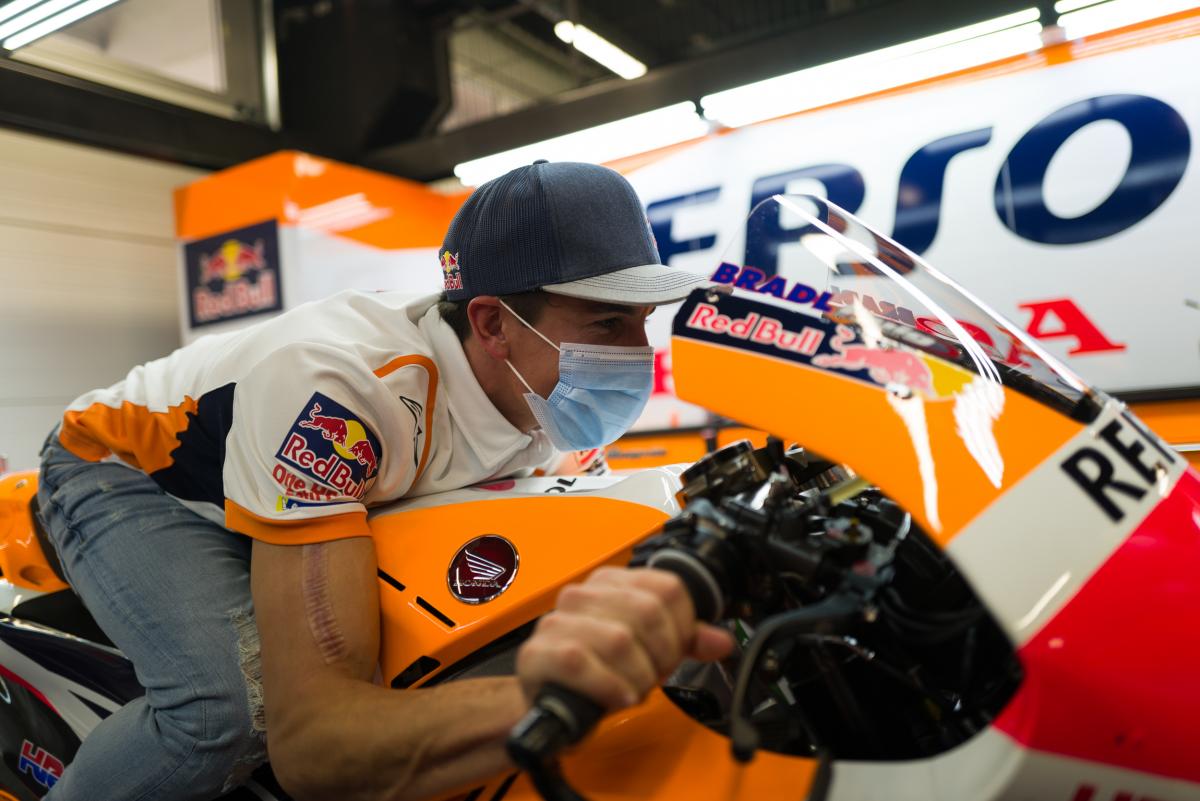 Marc Marquez has announced his intentions to not race in the remainder of the 2020 season with the focus now on the 2021 MotoGP season.

Having injured his shoulder in a heavy crash at Jerez, Honda’s M Marquez initially raced against time to return to action. A futile trial to return only strained his chances for the rest of the 2020 MotoGP season as he was pushed to undergo a larger surgery.

He has been sidelined since then with Stefan Bradl riding in place of him. It was expected that Marquez can return towards the end of the 2020 MotoGP season, possibly in Valencia and or Algarve. He did not ride in the first of the Valencian round.

And now, Marquez has officially confirmed that he won’t race in the second Valencian round, while also the 2020 MotoGP season-finale in Portugal as well. The Spaniard took the decision after consulting with his doctors, who advised it is best for him to return in 2021.

“This season I will not compete again,” wrote Marquez. “After evaluating how the arm is doing with the Doctors and my team, we have decided that the best option is to return next year. It’s time to continue with the recovery. Thanks for the messages of support. Looking forward to returning in 2021.”

With Marquez out, it is expected that Bradl will see-through the 2020 MotoGP season alongside Alex. In the 10 rounds that the German has entered in, he could score in only three to have 16 points, whereas Alex has 67 with two podiums against his name.

“First of all I want to wish Marc Marquez all the best in his continued recovery and thank HRC for giving me this opportunity,” said Bradl. “We have made a lot of progress since Le Mans and I have felt my level increase with more bike time and working with the Repsol Honda Team. The week of data will help us and the forecast is looking better at the moment. It’s going to be a busy end to the year but I am looking forward to it.”