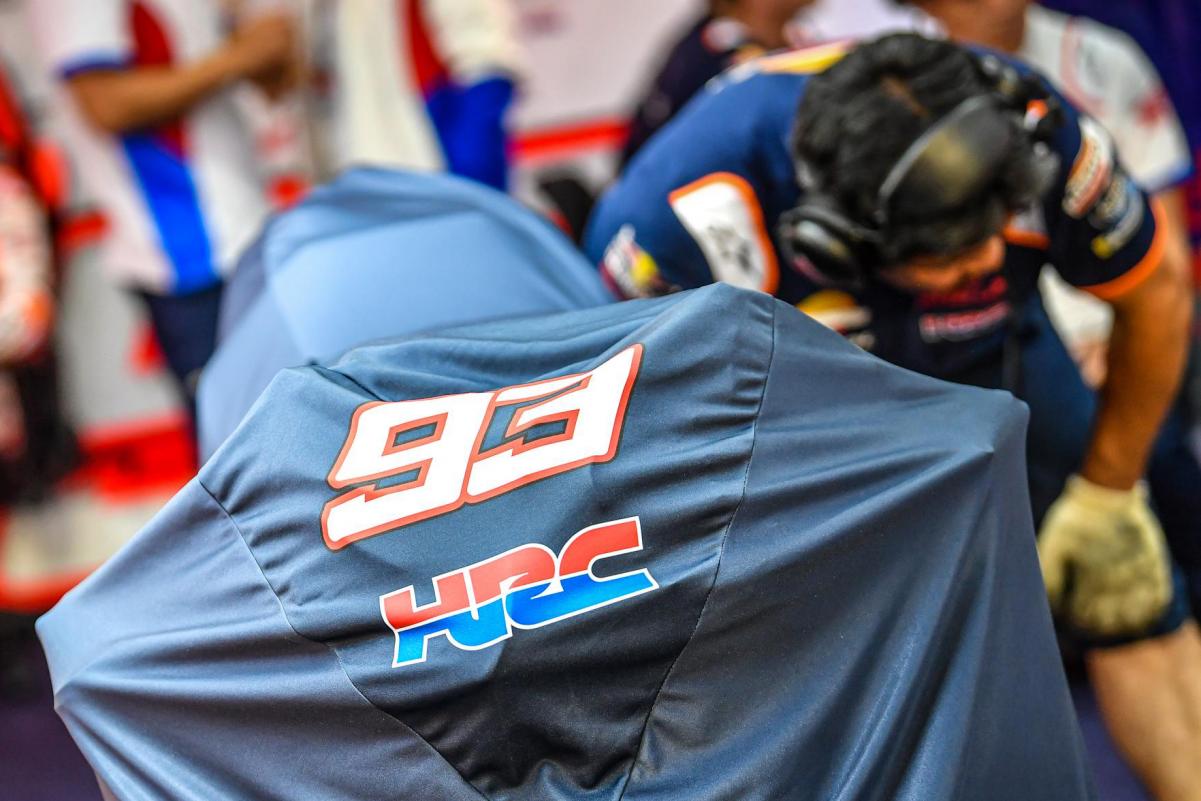 Honda has pretty much ruled Marc Marquez out of the 2020 MotoGP season as it sets a course of 2-3 months in his recovery process.

Having had the crash in 2020 MotoGP opener at Jerez, Marquez had a surgery and attempted to return in the second round before pulling out of the event. While at home, he tried to open a window which damaged the plates inserted in his hands.

He had to undergo another surgery as he was more or less ruled out of the races at Brno and Red Bull Ring where Stefan Bradl jumped in on his Honda. It may be longer for the German abode the RC213V as per the latest statement from the team.

While focusing on the whole recovery and not rushing in, Honda has set a timeline of two-three months for Marquez, while not setting up an exact MotoGP race weekend as of now. In a statement from them, Team manager Alberot Puig stated:

“There has been a lot of talk about Marc’s recovery and the various deadlines, but from the first day after the second operation we have said that the only objective that exists is for him to be one hundred percent. We do not want to rush. Once Marc is in a position to return and compete at the level he knows, then we will think about the next objective.”

Looking at the 2020 MotoGP schedule, a three months gap from now will end during the second event at Aragon, leaving the two races at Valencia and one in Algarve as the grand prix races where Marquez can aim to return as practice for 2022.

The full statement from Honda went:

“Marc Marquez will continue recovering in the coming weeks. The MotoGP World Champion together with HRC, have consulted with and compared the opinions of a number of specialists in regard to the injury to the humerus of the right arm that Marc suffered on July 19 at the Spanish Grand Prix. As a result, all parties have decided to modify the planned recovery process.

“The objective of both Marquez and the Repsol Honda Team is to return to the World Championship when Marc’s arm has fully recovered from the serious injury that occurred in Jerez. It is estimated it will take between two to three months before Marc can return to the RC213V. HRC has not set a Grand Prix for the return of the reigning World Champion and will continue to report on the evolution of his recovery.”

With no Marquez at the helm and LCR Honda’s Cal Crutchlow struggling, Honda has had a disastrous 2020 MotoGP campaign so far where LCR’s Takaaki Nakagami is their lead rider in sixth on a 2019 machine, with Alex is only 15th on the 2020 bike.