Home In the Spotlight Marquez has infection in his fracture; says early MotoGP return a mistake 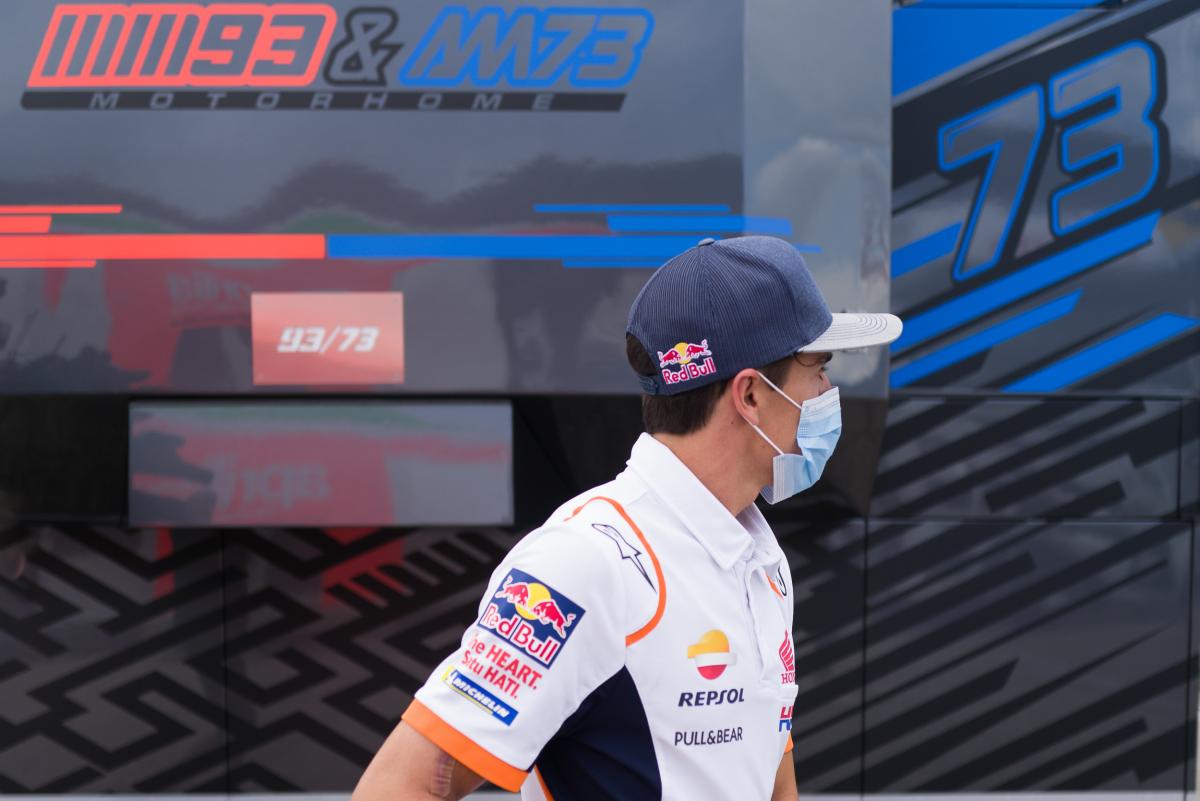 Marc Marquez has an infection in his fractured arm after third surgery as he regrets his attempt to return after a Jerez MotoGP crash.

The crash occurred in the 2020 MotoGP season-opening race, as Marquez experienced a high-side on the exit of turn three at the Circuito de Jerez. After tumbling across the gravel, the six-time champion came to a rest in the trap, clutching his arm.

It was later deemed that he had fractured his humerus. Marquez was operated on following the diagnosis, and the following month he underwent another surgery. Recently it was announced that he had experienced another surgery, and after this it has been disclosed by the team that the Spaniard was found to have had an infection in his fracture.

A statement from Honda stated: “Marc Marquez’s post-operative clinical situation has been deemed satisfactory by his medical team at the Hospital Ruber Internacional, in Madrid. However, the cultures obtained during the pseudarthrosis surgery have confirmed that there was a previous infection in the fracture, which will see Marquez undergo specific antibiotic treatment in the coming weeks. Marquez will remain at the Hospital Ruber Internacional, in Madrid.”

Marquez had attempted to make a return to MotoGP a week after his accident, following the guidance of doctors. He had to abandon his plans to make a return after facing issues as a result of his injury, but he nonetheless says his attempt was a mistake.

“This year has taught me many things,” Marquez told DAZN. “The first, that the attempt to return after the injury was hasty. My plate broke at home, opening a sliding door that I have to go out to the garden. But the plate did not break there, it did so as a result of all the stress that was created in Jerez.

“Trying to return to Jerez was a mistake. I’ve learned that the riders have a virtue and a defect, which is that the riders do not see fear, so they [doctors] have to make us see it. After the first operation, the first question of every rider is: when can I get back on the bike?

“And it is the doctor who has to know how to stop you, he is the one who has to be realistic. I went to Jerez with the peace of mind that the plate held because they told me so. I am brave but not unconscious. If they tell me that the plate can break, I would not have gotten on a 300km/h motorcycle.”

While his third surgery is said to be satisfactory but the infection could pose a hindrance in a complicated case. It will certainly ring alarm bells at Honda as reports suggests Marquez will be out for six months, which means, they will need a replacement.