Home In the Spotlight Humble Mir speaks on pressure in lives of public after first MotoGP... 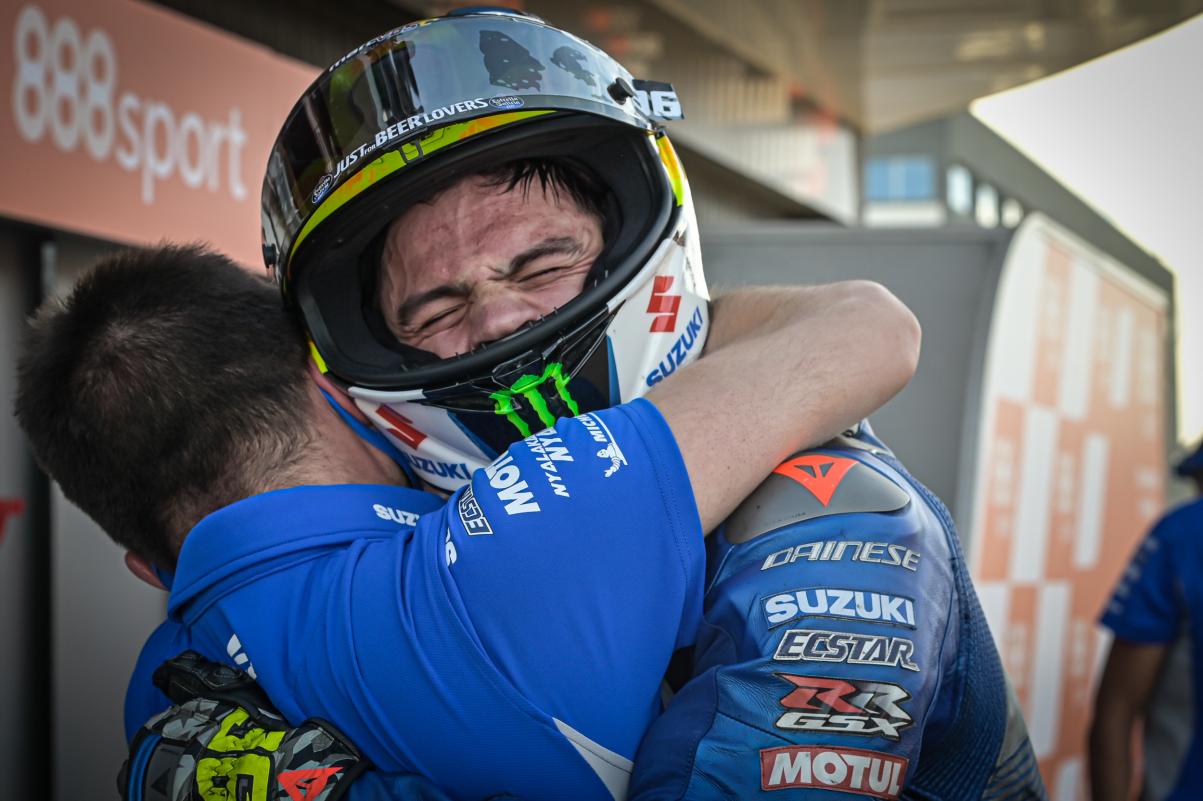 A humble Joan Mir spoke about general public who are under real pressure rather than his own of winning a MotoGP race and the title after his first victory at Valencia.

It was certainly an unusual answer from a new-for MotoGP race winner and the one, who could go on to score his first rider’s championship victory as well, in under one or maximum of two rounds that remains in the 2020 season.

Suzuki’s Mir surprised or rather caught many off-guard when asked about the pressure of winning a race and or the title as the whole. The Spaniard, having achieved one of them, was very humble in his answer as he spoke about the general public more than himself.

He felt the real pressure is on the people affected hugely by COVID-19 rather than him, as he is able to do his job and earn, when many others cannot. “I think we are showing that pressure is not a big problem for us,” Mir said in the press conference.

“For sure we have pressure. We are playing with our life and we have to be really, really focused in what we do. But in the end it’s our job and luckily I don’t have real pressure, only good pressure. Because this year, if I win the title it will be super good for me.

“But if I don’t win, it will be also have been a good year. Pressure for me, I mean, the real pressure is on the people that can’t pay their rent because of these conditions, the coronavirus and all of this, and that can’t bring food home.

“For sure when I hear questions about pressure, I think about that and say, ‘I don’t have pressure. This is my job. I will be super good anyway’. So I’m privileged. I thought that after winning a race I would maybe become a different person,” summed up Mir.

In the absence of Marc Marquez, the 23-year-old has made the most of the 2020 MotoGP so far with one win and seven podium finish in all to create a 37-points lead over teammate Alex Rins, who is tied with Petronas SRT’s Fabio Quartararo on 125 to Mir’s 162.

He has one hand on the MotoGP title and could win it this weekend at the same venue at Valencia. It was another solid run from Mir in the European GP as he made a good start to be third and then passed KTM’s Pol Espargaro and Rins to register his first win.

“I feel amazing because we took finally that victory,” said Mir. “It was hard honestly because every time the championship was getting closer and you always have to find a compromise between risk and speed.

“I wanted to try in all the moments to overtake, but Alex was really strong in the exit of T2. I don’t know if it was him, the bike, the electronics but in that part he was stronger. It was curious because it was not in a corner, but where you accelerate and so it’s difficult to understand.

“I was not able to accelerate in the same way, so I was losing probably one tenth and a half in that part. But I was able to recover in the other parts of the track and at Suzuki we share everything so we’ll look at the data for next weekend.

“What made the difference at the end was that the medium front tyre becomes more soft when you are behind someone, because the temperature goes high and you feel more tyre movement. So when I was in front I started to feel better with the bike.

“I had probably three tenths more that allowed me to break a little bit away and this was the key. I’m happy because he pushed at the beginning, I didn’t disturb him, I let him make his own race, but when I was able to do it I overtook him and tried to put my pace,: summed up Mir.

While one Spaniard could celebrate the highs, Mir’s friend, Avintia Ducati’s Tito Rabat, is all but out of MotoGP after losing his seat to Moto2 graduate. The announcement was made on Saturday that Luca Marini and Enea Bastianini will ride for the outfit.

“I still need to know a few things before I can speak more,” said a dejected Rabat to MotoGP. “But we will what happens. All I want is to have an opportunity to stay in the front pack and fight for the wins and enjoy on the bike because this year in MotoGP, I never had this opportunity.

“Everyone who understand a little bit know that I never had the opportunity to be in the front. Again, about my future, I still need to speak. I need to know many things. I want to race to enjoy, I have a good level and I achieved all this with all my effort.

“I feel that it is not bad for rest of the people then we see what happens,” summed up Rabat. If he doesn’t race in MotoGP anymore, it will end his five year stint in the premier class, where he just couldn’t replicate his Moto2 form, where he not only won the title but also finished third twice.

Here’s how European MotoGP panned out