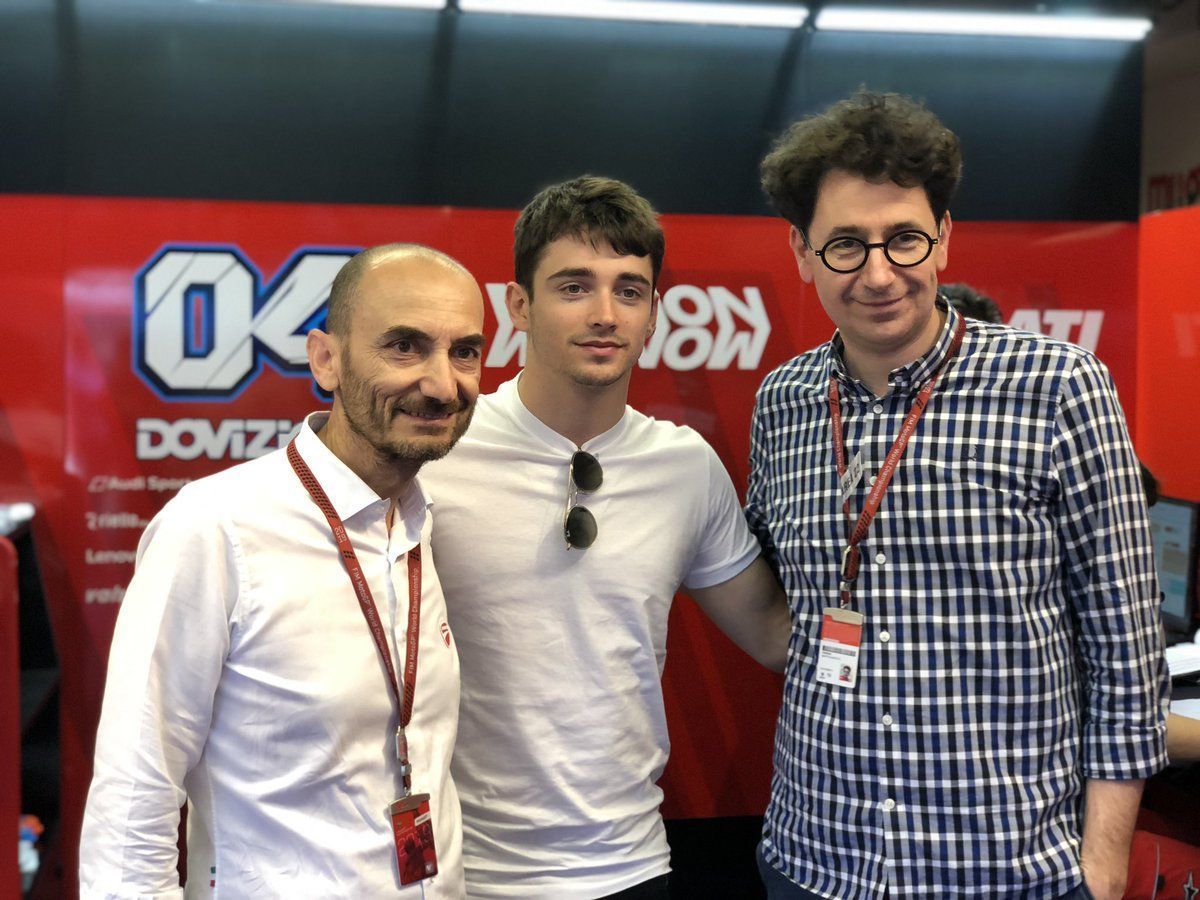 Ferrari’s Charles Leclerc is latest F1 figure to voice his wish to test a bike on track after his first visit to a MotoGP race at Mugello, last weekend.

Leclerc joined Ferrari team principal Mattia Binotto to visit the Italian GP race at Mugello, with Alfa Romeo Racing’s Antonio Giovinazzi also present during the grand prix weekend ahead of their Canadian GP travel for the F1 race, this weekend.

In fact, Giovinazzi was ridden around the Mugello circuit on a Ducati on Saturday after the qualifying was over as part of a track experience given via Mission Winnow to selected fans and prominent personalities. He spoke to MotoGP on Instagram Story as well.

His rival and friend Leclerc visited on Sunday along with Binotto as both got the chance to have an experience to be on the grid too. It was the Monegasque’s first live experience of a premier two-wheel event, which he thoroughly enjoyed as he wishes to train someday.

“It’s very impressive,” he said to MotoGP website. “It’s my first time at a MotoGP and to see the speed they are going, especially through the corners on two-wheels is just incredible. I had one day free [before Canada], so I thought to visit.

“I drove here at this track back in Formula 3, but being here for the first time at a MotoGP I now absolutely want to try one of these bikes. I cannot ride one straight away, but maybe to train with some bikes on track is the target now.

“The grid here is extremely busy but I find myself little bit in my ambiance. Even though they are on two-wheelers and not four but the passion is the same for racing.” Leclerc and Giovinazzi are latest F1 drivers to visit in 2019 after Lewis Hamilton did in Qatar.

When asked on Saturday as to who he wished to win the Italian GP, Giovinazzi hoped for an Italian rider like Andrea Dovizioso or Danilo Petrucci to win as he wished a good result for Valentino Rossi. In the end, it was Petrucci to take it with Dovizioso in third.