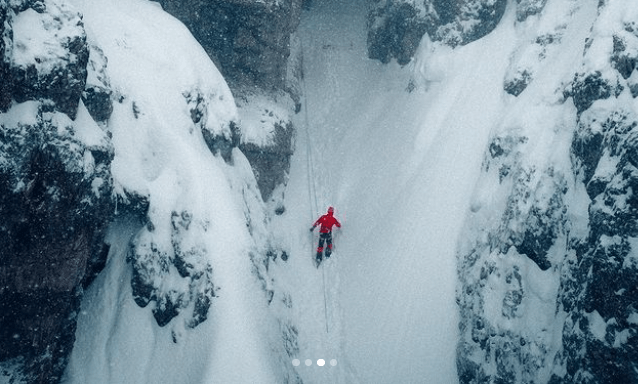 Charles Leclerc opens up and shares about his rigorous pre-season training programme in snowy mountains ahead of 2023 F1 season.

For Leclerc, 2022 started brilliantly with back to back wins in the opening two Grands Prix.  However, a combination of driving errors and mechanical maladies, coupled with Red Bull upping their game massively saw the Monagasque overhauled in the championship as he finished a distant second behind Max Verstappen.

It is all history now as Leclerc, like his fellow protagonists go about winter training and in his case, it was undertaken in the Italian Dolomite Mountains. It has been a rigorous pre-season training in snow with mountain climbing and gym sessions.

“For sure, there are some days I’m not particularly happy to go training, but it’s life, it’s part of the game,” said Leclerc in a video on his Youtube channel. “At the end, winning is what motivates me. In 2022, we didn’t make it, but I’m planning to do it this year.”

It is no secret that Ferrari came in for a lot of criticism last year in many quarters and as a result Mattia Binotto has been replaced by Frederic Vasseur. It is great to see however that Leclerc remains committed and dedicated to what he wants to achieve.

The training has been tough but it is no bed of roses driving a Grand Prix car in the current era and the bottom line and key is driver fitness. “We need to be as prepared as possible, and training is part of it,” said Leclerc. “You need to be fit inside the car and we are giving [our] best just to be the best driver out there on the track – so that’s what motivates me”.

“I think I mature… Every season that you do in F1, you learn new things, so you change as a driver.  Whether there is a particular change where I was like, ‘Okay, this I need to change’, not really. It’s just small improvements. After every mistake you learn and you grow, so I’m more mature. But there’s not been a particular change,” summed up Leclerc.

As we know, Leclerc will continue alongside Carlos Sainz in an unchanged Ferrari driver line-up for 2023, with as per above Vasseur replacing Binotto. Ferrari’s challenge is expected but also on their radar will be that they hope to alleviate the errors that ultimate cost them all semblance of glory in 2022.

Here’s Ferrari about its reserve pool