Home Single-Seaters FIA Formula 2 Correa aware of Hubert’s passing as he remains in ICU ahead of... 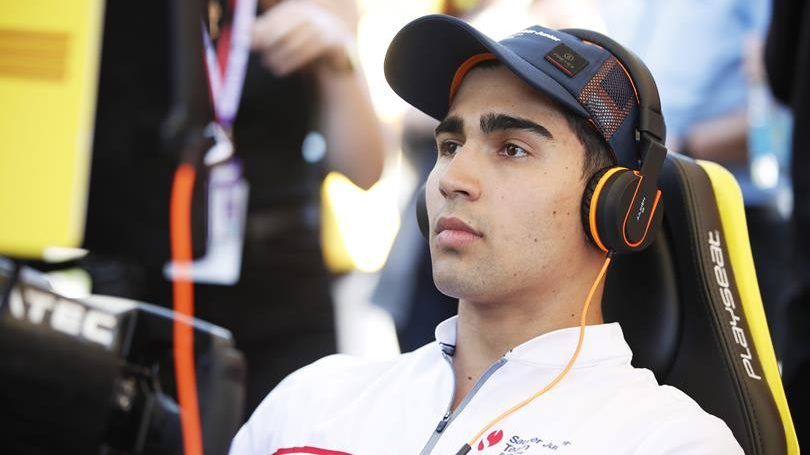 Sauber Junior Team by Charouz’s Juan Manuel Correa is aware of the passing of Anthoine Hubert as he remains in ICU before returning home.

Following the big shunt in the feature F2 race at Spa-Francorchamps on Saturday, Correa was air-lifted to the hospital as he suffered fractured legs and a minor spinal injury, which required a surgery.

Hubert, sadly, passed away while Trident’s Giuliano Alesi was given all-clear after a medical center visit. With the dreadful weekend over, Correa remains in the hospital with his parents beside him.

The American-Ecuador driver is conscious and is aware of Hubert’s passing as per the latest update provided by his management. He is to remain for at least 24 hours in the hospital for doctors to monitor him.

Once given a go, Correa will fly off to home in USA and start off a long process of recovery. The FIA, meanwhile, has initiated an investigation into the incident, which for now, they are not making it public.

The full statement read as:

“Juan Manuel Correa, American – Ecuadorian Formula 2 driver was one of the victims of the very tragic accident that occurred yesterday morning at the Belgian Grand Prix. The 20-year-old remains in stable condition after a lengthy surgery earlier today to repair fractures to both of his legs.

“Juan Manuel will remain in intensive care for at least another 24 hours to ensure that his condition can continue to be monitored by his surgical team. His parents are at his bedside can confirm that he is fully aware of the events that happened at the Circuit Spa-Francorchamps on Saturday and are providing support and comfort to their son who is completely overwhelmed with sadness.

“Juan Manuel sends his well wishes and prayers to Anthoine Hubert and family. Juan Manuel and his family are very thankful to all of the fans for messages voicing their concern. Once his injuries have stabilized doctors will determine when he can be transferred back to the United States via an Air Ambulance to continue with a very lengthy rehabilitation program.”

It is clear that Correa will not be racing at Monza this weekend but a decision on whether he is replaced or if the team runs a solo car is yet to be taken. At the same time, BWT Arden is most likely to run a single car.

UPDATE: Following the earlier information, the management provides fresh update on Correa, where they stated that he did not leave the hospital as doctors wanted more time to monitor him.

“Juan Manuel Correa remains in the intensive care unit at the CHU Liege Hospital in Belgium. Doctors have decided to keep him there for a while to perform some additional tests and monitor his injuries and status closely. His current health situation is unchanged, and he remains in stable condition.”