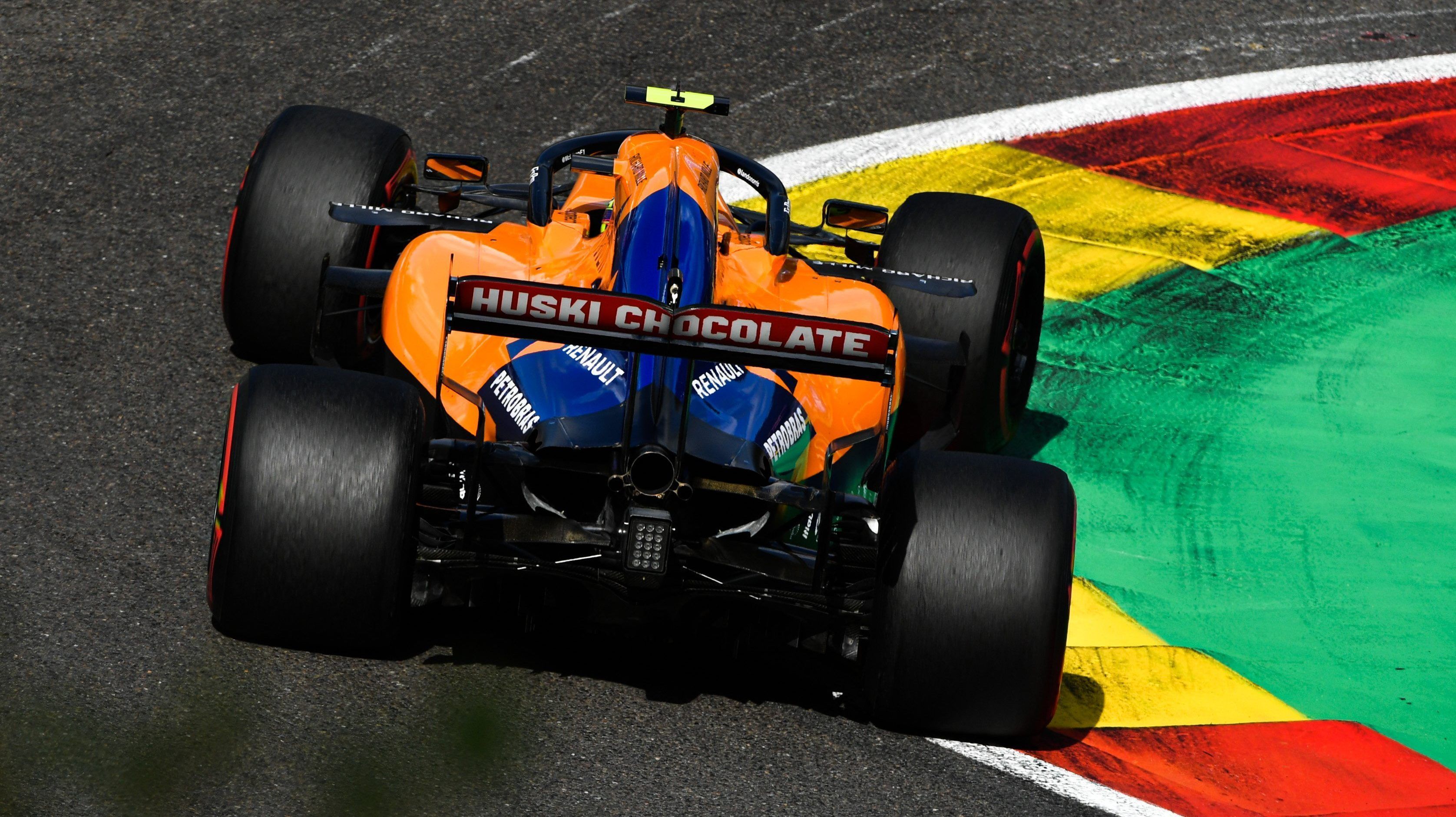 McLaren’s run of excellent performances was derailed by multiple issues in F1 Belgian GP for both Carlos Sainz and Lando Norris.

After having a couple of Top 5 finishes before the summer break, McLaren returned at Spa-Francorchamps for the F1 Belgian GP, expecting to build on the momentum and extend its advantage for fourth place.

However, a technical problem with both their car caused them to finish the grand prix with no points as their immediate rivals took advantage of the situation. Sainz, who turned 25-years, had a horror weekend.

A late red flag in the qualifying session got him eliminated in Q1 and with grid penalties applied for taking a new spec Renault engine, it meant he had to start from the back, even though they reverted to Spec B.

In the race though, his car stalled on the grid, which forced him to pit, where once again the engine turned off and had to be manually re-started. The car gave up eventually at Bus Stop, ending a miserable run.

“Obviously a disappointing grand prix, not being able to race,” said Sainz. “We definitely need to look into what happened. It’s obviously not very good news if you cannot even start a race. So, nothing to say.”

It is unclear what the exact issue was but it looks related to the Renault engine. His teammate, meanwhile, drove a flawless race and he was in for a career-best finish in fifth before a late retirement.

Having qualified 11th, Norris got off to a fantastic start as he got the best of the turn 1 incident between Kimi Raikkonen and Max Verstappen, which helped him gain six places – something he hasn’t been able to.

Norris was running fifth as he fended off Haas’ Romain Grosjean at the safety car restart. For most of the race, he was all by himself with move 10 seconds between him and the fighting pack.

But disaster struck on the penultimate lap of the race when his car decided to give up, with an ‘anti-stall’ warning flashing on his steering. He stopped on the start-finish straight with Norris absolute distraught on the radio.

His engineer asked him to continue if he could but the car shut down completely and he had to pull over to one side. He was classified 11th still as the leading car finishing a lap down and won the Driver of the Day award.

“I don’t know, I just lost power, as simple as that,” Norris said to the media. “It might be an engine failure, so not our fault as a team. It is just annoying because it has happened quite a few times this year, especially when we have had some good results.

“This could have been my best result in P5 from P11 on a weekend where we have struggled quite a bit, but there are other people, who have been in the worse situation than I am, so I can’t be too disappointed with what happened.

“Looking at the positives, I have not been good in the first couple of laps so far this year and that was one of the things that I needed to improve on in the summer break on Lap 1’s in Turn 1 and Turn 2 situations.

“I overtook six cars in Turn 1, it went very well and from then on Grosjean was behind for few laps but as soon as I started to push, we had really good pace in the car, so everything was going well at that time.”

McLaren – naturally with Renault – will be looking at both cars to find the cause for the failures. They only have few days at hand ahead of this weekend’s Italian GP but looks like they will have the Spec C.