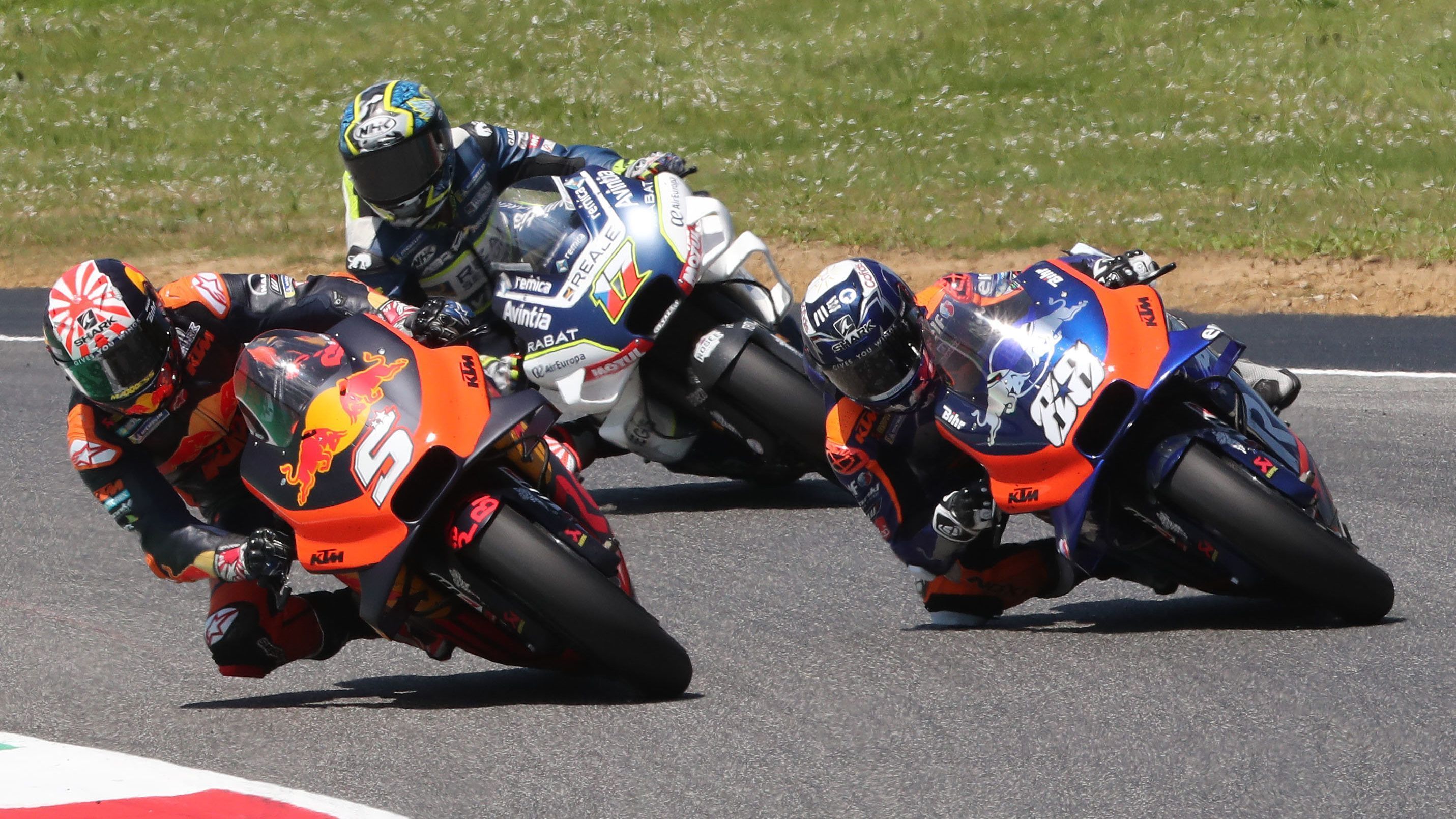 Following the surprise decision of Johann Zarco to pull out from his MotoGP contract with KTM at the end of the 2019 season, the Austrian manufacturer is left with a big headache to select a rider to replace him.

Its satellite team Tech 3’s Oliveira name ran high on the list after the Portuguese rider’s performances in 2019 so far. However, Poncharal has laid out an interesting insight which proves otherwise.

When talking to MotoGP website, he said none of the riders – be it Oliveira and or Brad Binder – are in the contender list so far. “I was talking to Miguel and also the KTM management yesterday,” said Poncharal.

“This is a question and debate raised by the media, because inside the family or teams, there was never any questions. Pit Bierer, Mike Leitner, they are telling everyone they are looking carefully, no pressure.

“It’s going to be difficult to find someone who can compete with Pol but they have their own idea and their idea is, so far, not to take any of the Tech 3 riders who are Miguel Oliveira and Brad Binder.

“This is all I can tell you but we were kind of laughing last night because there was never any debate inside the KTM organisation but you know, I understand there is an empty seat on the full factory team and there are not so many things happening in the transfer market so everyone is focused on it.

“Zarco is gone, what is Johann going to do? Who will replace Zarco in the KTM factory team, they are the three main questions. So, I can’t blame anybody for asking those questions.

“But again, I’m going to tell you the same thing I told you when Johann was quitting, which was the Austrian GP, we are hoping and almost sure to keep our riders for next year.”

Outside Oliveira, KTM’s test rider Dani Pedrosa’s name has been linked as well but the Spaniard has time and again mentioned that he is not looking for a full-time return to MotoGP, even though he has done well in testing.

Another surprise name linked is Ducati’s World Superbike rider Alvaro Bautista, who has left the Italian manufacturer and is being replaced by Scott Redding for the 2020 season.

His prime link, though, is to join Honda WSBK outfit but a factory MotoGP ride could be enticing for anyone. Meanwhile, KTM Motorsport boss Bierer hopes that the line-up could be firm by the end of the 2019 season.