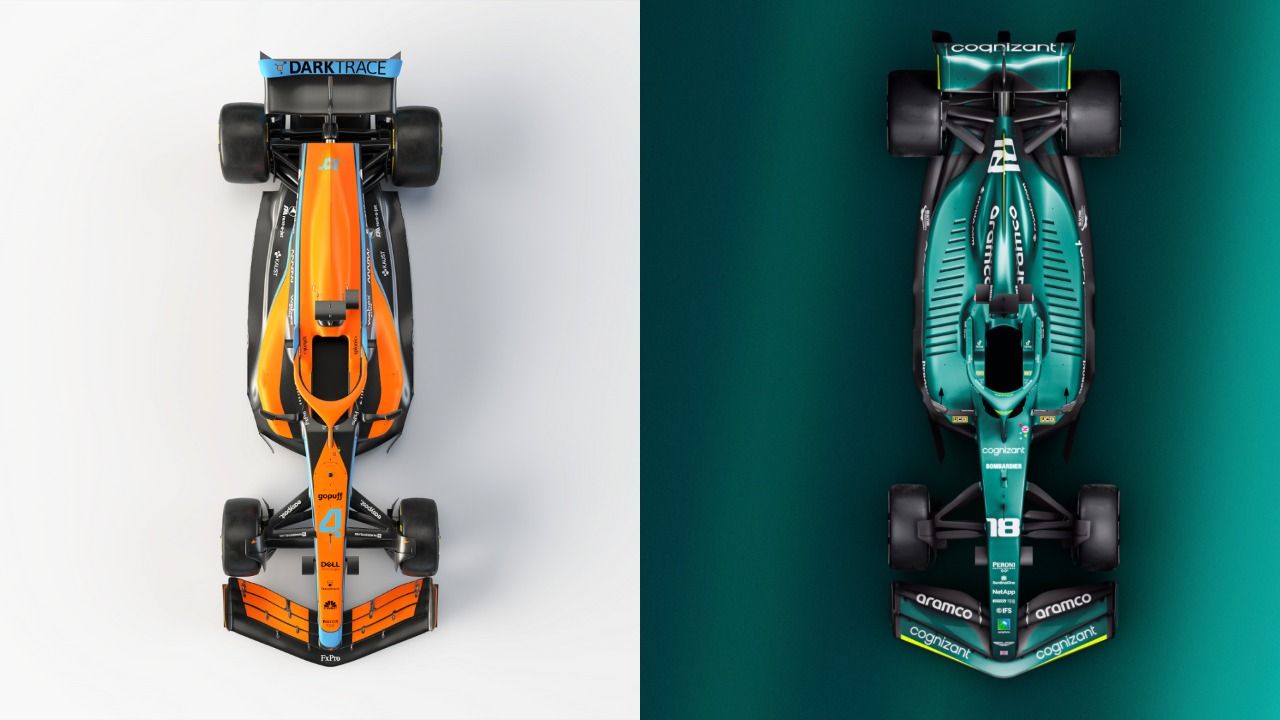 James Key talks about the approach taken by McLaren in relative to Aston Martin, as he adds on their launch-spec to main spec F1 car.

After the launch of McLaren MCL36, there was quite some difference to be seen in comparison to Aston Martin’s AMR22. The biggest visual difference was the sidepod area whereby the later carried vents on top of it, while the former had none. It looks quite compact and slim when compared to the AMR22.

There wasn’t even the ‘bulge’ on the engine cover of McLaren which Aston Martin carried, even though both the F1 teams are to use the Mercedes engine. While discussing about the AMR22, Key elaborated on their own philosophy with the MCL36 where he talked about the risks taken with some difficult designs.

“I think how aggressive the car is, is like performance, it’s all relative,” said Key to written media. “It is interesting to see what others come out with but certainly we took risks. We haven’t made life easier for yourself just by going for the easier options in some areas where we felt there was potential. So we’ve taken, we follow our own noses.

“We haven’t been influenced by anything else. And I think, it’s definitely some difficult designs on the car, which I guess we did for good reason. They’ll become more obvious when images of the car more readily available in winter testing. So I think, in that respect, we’ve got some some work on the track to prove that all works mechanically as well as aerodynamically.

“But I’m glad we did that because we wanted to come up with a platform we felt we could develop around and gave plenty of potential rather than just being good on the day it needs to happen as future proofed as possible. That’s some of the risks we’ve taken in a way is to try and build things in which perhaps they don’t feel right to begin with, but you know in future will offer up new opportunities where we develop in the car.

“So, it will be interesting to see what others have done in that respect. There are some crazy iterations we could have gone for but we decided to back off and not take risks of that magnitude. But you know, let’s see how it goes in future years,” summed up Key, who then added more on what we felt about the Aston Martin car.

“With regards to Aston Martin, it’s interesting to see a real car and slightly different philosophy in some areas,” continued Key. “I suspect we’ll see that spotted across the whole grid with different interpretations. But we didn’t spot anything that was new to us. I think it does look different to our car, but nothing that we felt we’d missed.

“We’ll have to see how these performance levels drop out and where the trends go, it’s good to see a bit of diversity already in that respect. But nothing that really stood out to something new at stage anyway,” summed up Key. There were things which McLaren shied away from showing during its launch, especially the rear of the car and exhaust parts.

The launch and the photos of the car did not show the exhaust at all, while some of the parts were hidden which they will only show when they hit the track. But Key stressed that the car won’t be hugely different whereby the underlying structure is to be how it was shown in the launch. Going forward, he feels the biggest difference will be aerodynamics.

“So we were in a cost cap now, I think there’s what perhaps you would have planned for in past years was a regulation change this scope would have been fairly intense in areas where you felt there was potentially more performance to derive if you learn a bit more about it,” started Key. “In a cost cap, that’s pretty tough to do.

“So I think the underlying architecture of the cars that you can see in some of the launch will be fairly fixed. There’s little tweaks you can do to that. But it’s not something that’s going to be easy to change. In fact, by regulations to a certain extent with how the cards laid out, don’t allow for that easily. So that really lends itself to two main streams of development. Aerodynamics, as always will be a very major part of that.

“That’s probably the biggest change on these cars in terms of our understanding and learning. And I think we’ll see a very aggressive development rate from all teams through the season as that progresses. So, we’ll see a lot of that front wing floor and more, that will all have a development opportunity.

“And then there’s the development of the platform, the tyres are new, we’ve got a lot to learn about them. And there’ll be setup options, and maybe a few tweaks under the skin to try and facilitate exactly what the tyres need once you’ve had some more experience. But I think the most visible and probably the most performant changes will come on the aerodynamic side,” summed up Key.

Although I work for @McLarenF1, I’ve not been involved in the design of the new car. So I feel like I can openly help fans understand the technical differences between our car and the Aston Martin, with an insider, engineer’s perspective… 🧵 #F1 pic.twitter.com/iG6OE2CIvs