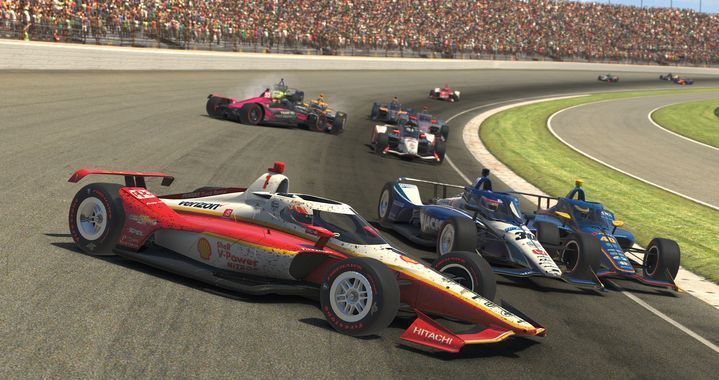 The IndyCar drivers have differing views on the iRacing Challenge, whether it could lead a stronger rivalry off the track as well after what we saw in the six weekends.

The iRacing format, which allows online, voice interaction between drivers in a heated environment, can easily create heated exchanges if the involved parties aren’t careful, and this has already led to some problems within IndyCar during the ESports series.

Even the last 10 laps at the final round of the challenge at the Indianapolis Motor Speedway were enough to turn six individual drivers against each other, with even more having had issues over the last several weeks of competition in IndyCar.

And, this format’s tendency to take a toll on relationships during competitive racing is cause for concern among senior IndyCar drivers Tony Kanaan and Alexander Rossi, who fear that lasting damage could be done by arguments that took place in the virtual world.

As mentioned before, there have already been fall outs within otherwise neutral relationships, like with Lando Norris and Simon Pagenaud – which was the most heated debated names after last weekend’s iRacing IndyCar Challenge race.

“I’ve learned that we should not be talking to others during the race,” started Kanaan to media including FormulaRapida.net. “That is actually the worst idea somebody ever made, that you can press a button on the radio and you can talk with the other IndyCar driver.

“It’s a problem. We were talking about that during our practice run for IMS. I want to see at the first real race we have how many guys are not going to be talking to each other because you have a beef about what happened in the virtual races that we did.”

“I mean, it is true,” added Rossi. “It’s been said now quite a few times that real rivalries are going to be born out of the Internet.” For the Andretti IndyCar driver, he has been relatively quiet as he didn’t show the pace virtually to what he has in reality.

Meanwhile, on the other side of the spectrum, Conor Daly and Santino Ferrucci felt that such dramatic real-world implications were unlikely. Ironically, the latter is one of the IndyCar drivers to have caused a stir after his last lap collision with Oliver Askew at IMS.

He has been hit with criticism from his peers due to happenings on iRacing IndyCar Challenge events. “I mean, I don’t really think so,” started Daly. “Is it frustrating? Yeah, absolutely, but only because we’re really competitive.

“I think there’s a lot that’s been said that probably shouldn’t have been said, but in reality, I mean, we’re all probably going slightly crazy. I know I certainly am. But yeah, I think it’s hilarious. Maybe if there’s an accident in real racing and something happens.

“I dreamt about an interview the other day; it’s like, well, I got taken out by this guy; it’s the same thing on iRacing IndyCar. I was like, ugh, no, I don’t want to be that guy saying that. But drivers never forget. You never forget,” summed up Daly.

“It’s not anything that I think I’d find myself doing in a real IndyCar car. If you look at all the weaving down the straight, it literally looks — I feel like I’m almost playing Call of Duty with everybody weaving in and out places.

“I don’t think that — there could be some rivalries born between a few people that have had issues, but those that have been preexisting in iRacing might have made it worse, but at the end of the day a couple or three weeks before we get going again, people will make amends and we’ll be going racing again and not have to worry about it.”