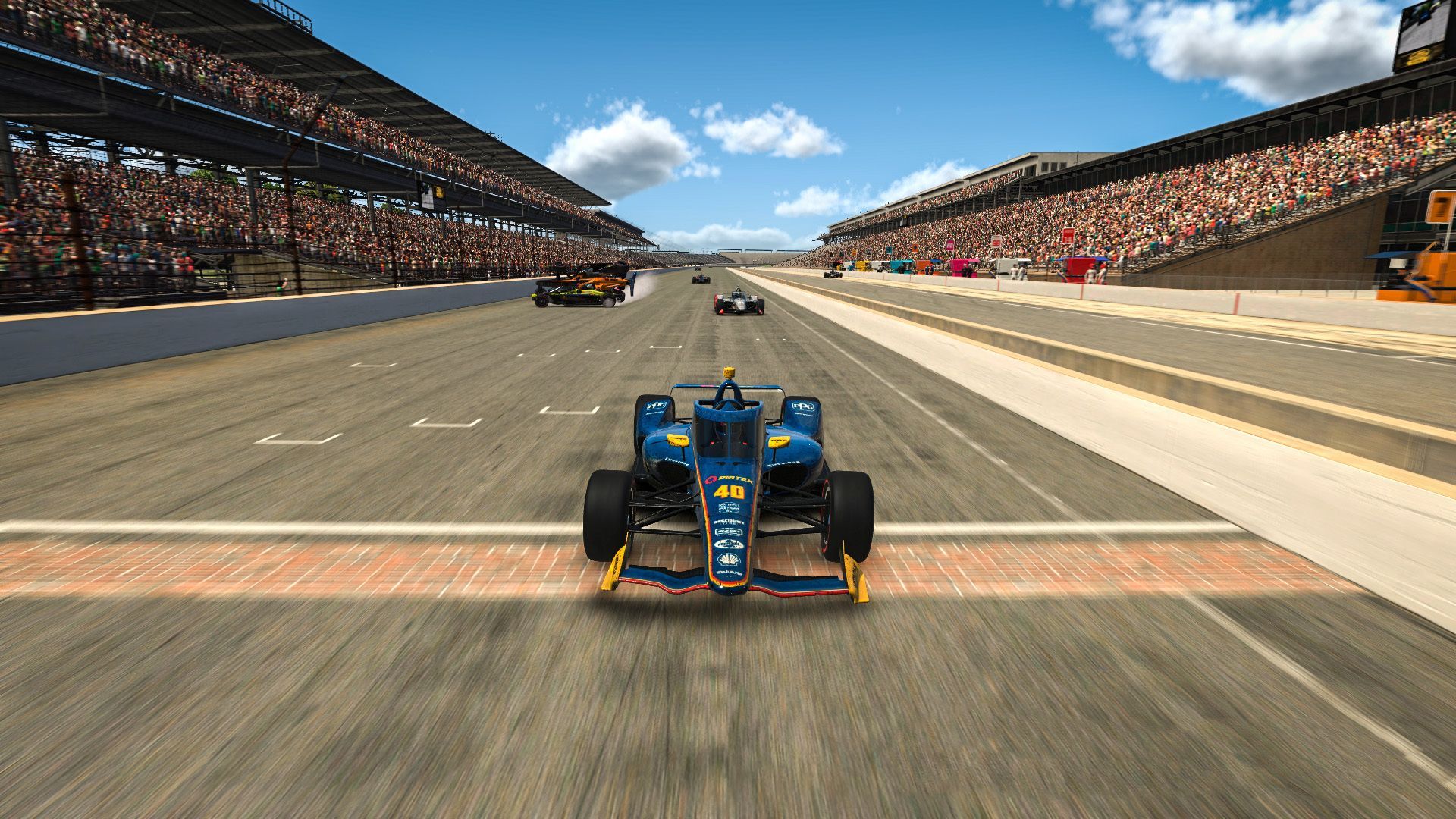 Team Penske’ Scott McLaughlin won the iRacing IndyCar Challenge who led Carlin’s Conor Daly and DCR’s Santino Ferucci in what was a chaotic finish at the Indianapolis.

After six weeks of iRacing IndyCar Challenge competition, the final round of the American series’ ESports experiment was raced at the Indianapolis Motor Speedway, with the proper 33-car entry list lining up on the grid, including sophmore participant Arrown McLaren SP’s Lando Norris who returned after his win at COTA gave him eligibility.

On pole was Penske’s McLaughlin, who pipped McLaren’s Norris. After a shuffling of positions which lasted for much of the first three laps, there was a large shunt involving Tony Kanaan, Alex Palou, and a few others, which brought out a yellow.

Scott Speed – who had forged his way to the front – led off the restart, and behind him were Penske’s Power and RLL’s Rahal, who quickly closed in on the ex-F1 driver to create a three-car battle. Soon, Norris also got involved in the fight.

Ultimately, it was Power who passed Speed, and as he did so, the American ran high, and lost ground, dropping out of the fight at the front. Rahal, too, made the mistake of getting up on the high line, and also like Speed, he dropped back.

Despite Norris’ natural iRacing pace, he had no answers for Power in the first stint as the Australian pulled away. And, after the initial pit sequence, the gap was extended further as Power was more successful than Norris in his bid to clear the traffic.

However, the Team Penske driver opted to go for a two-stop strategy, while Norris stayed out, and jumped into pit lane several laps later. As the Brit and Aussie pitted in conjunction with a yellow flag, gave the advantage to Penske’s Simon Pagenaud, who was decisive when it came to choosing the two-stop.

Another caution was brought out when Penske’s Josef Newgarden, D&R Sage Karam, Takuma Sato and countless other cars got tangled. This cleared the traffic that separated favorites, Norris and McLaughlin, from Pagenaud.

Taking advantage of this, Norris got involved in the fight between Pagenaud and Rahal, but as the Frenchman crashed, having made contact with the RLL driver, it became a McLaren-dominated show, with the Brit leading McLaren leading Oliver Askew and Patricio O’ward.

Once again, the order was changed significantly as Norris ran into the back of Pagendaud. With this development, it became a battle between McLaren’s O’Ward, and Askew, DCR’s Ferrucci and CGR’s Marcus Ericsson.

But as they came across the line, O’ward dropped back, and Ferrucci collected Askew. This helped McLaughlin to score the win as he took position with both hands as he led Carlin’s Daly and Ferucci in the Top 3, who limped across the bricks.

Despite the late crash, Askew and O’Ward were fourth and fifth as the latter took out Ericsson. They beat AJ Foyt’s Sebastien Bourdais and Andretti’s Ryan Hunter-Reay & Zach Veach. CGR rounded out the top ten with Felix Rosenqvist and Scott Dixon ninth and tenth.

Here’s the link where you can watch: https://www.youtube.com/watch?v=njQCaPXIOnA