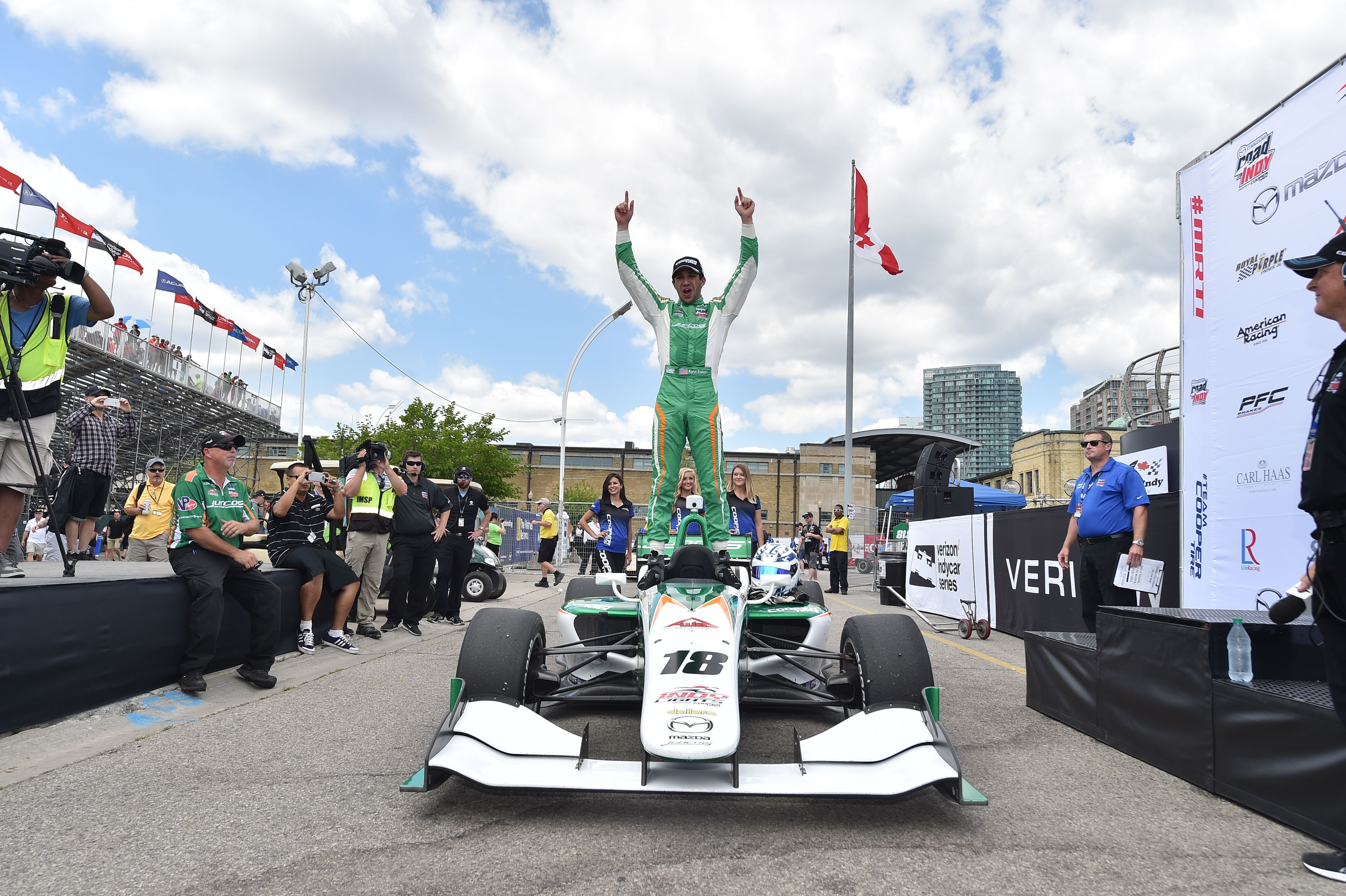 Kyle Kaiser has completed an almost perfect weekend in Toronto, Canada. Juncos driver has returned to get the victory in the second race of the Indy Lights, thanks to retirement of Herta. Telitz and Claman de Melo complete the podium.

The sky of Toronto was very covered but nevertheless the rain has not made presence in the whole race.

Colton Herta (Andretti Steinbrenner Racing) started from pole position ahead of Santiago Urrutia (Belardi Auto Racing) who would lose the second position at the start with Kyle Kaiser (Juncos Racing).

An accidentous start as Kaiser, Urrutia and Nico Jamin (Andretti Autosport) faced three wide at turn 1. A situation that ended badly for the latter who collided against the wall. Then Shelby Blackstock (Belardi Auto Racing) could not avoid him and hit Jamin, Neil Alberico (Carlin) also retired.

The pace car appeared on the track for 4 laps, at the restart  Zachary Claman de Melo (Carlin) passed Urrutia for third position. The Belardi driver would leave the race after some mechanical issues, He parked the car in the middle of the track causing a new period of “Yellow”.

At the re-start, De Melo saw losing the podium position in beneficial of Aaron Telitz (Belardi Auto Racing). But the Canadian would recover the position after Herta retirement due to suspension broken.