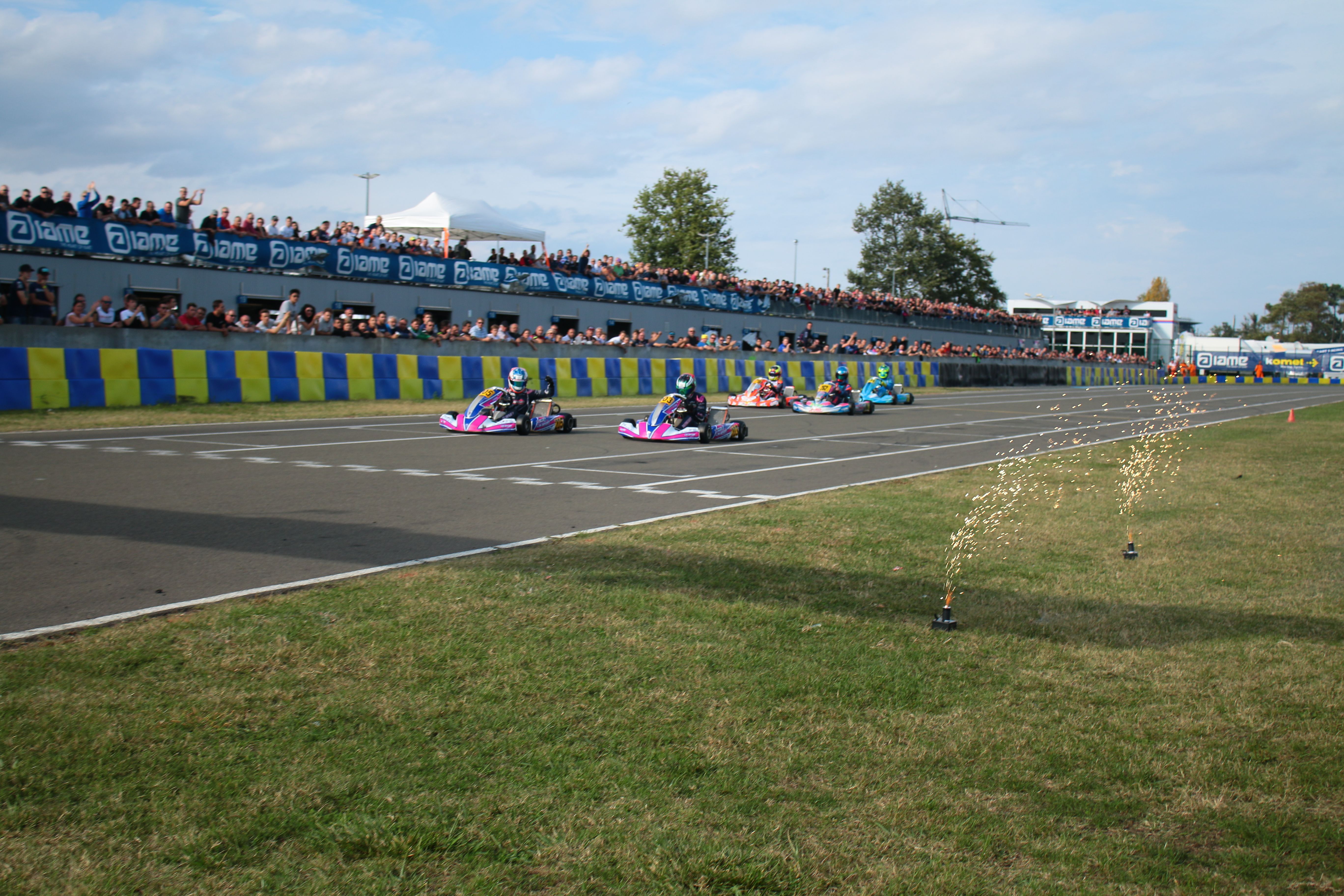 The KR Sport driver, Joe Turney, took the victory in the Senior IAME International Final 2018 in Le Mans. It was a very crashed race and marked by penalties.

The start was quite clean, Thompson remained leader throughout the first lap, Van Splunteren won a position and was second. Very good start of Nicolas Picot (Strawberry Racing) that started from the seventh position and placed third in the first lap.

On the second lap, the Strawberry Racing driver continued with his great pace, overtaking Van Splunteren and the British Thompson to be the leader of the race. But in the fight for the lead, the French, Thompson and Tesniere collided and left the asphalt losing, in this way, many positions. The beneficiary of this accident was Van Splunteren who took the first place.

The Dutchman was leader and defended very well the attacks of other drivers, but finally on lap 7, first Elliot Harvey and later Clayton Ravenscroft (KR Sport) overtook him. Although Van Splunteren quickly recovered the second position on the next lap and went for the leader.

At the end of lap 9, the leader Harvey was overtaken by his pursuers and placed third. Van Splunteren put himself first.

In the 12th lap, the British of DHR recovered the second place ahead of Ravenscroft, but on lap 14, the KR Sport took the lead. Oliver Hodgson (PF International Karting Ltd), who was fifth, tried to overtake his rivals when he was crashed by Harvey. The accident was quite strong, and his kart was face down with the driver inside.

On the straight line of the lap 15, Van Splunteren was the leader of the race until he was overtook by Joe Turney.

Another accident happened a few moments after the previous one, the Dutchman and Turner crashed when they were fighting for the victory and fell to the last positions.

Turney, who took the lead on lap 16, did not lose the position until the end of the race and won. Nice battle for the second place between Tesniere and Ravenscroft, who finally took the position and the Frenchman was third.

The race was very affected by accidents and in the end, there was a great list of penalized drivers with 5 seconds: Charles Tesniere was one of them and fell from third to seventh place. Harry Thompson from the fourth to the eighth. Other sanctioned drivers were John Norris (MLC Motorsport), Mark Kimber (Strawberry Racing) and Leonardo Caglioni (Team Driver ASD), among others.