After the last row of the grid was set early on day two of Indy500 qualifying – with Dreyer & Reinbold’s Sage Karam in 31st, Penske’s Will Power in 32nd, Paretta Autosport’s Simona De Silvestro in 33rd, and RC Enerson and Charlie Kimball failing to Qualify – the fastest nine runners took to the track in pursuit of pole position in next weekend’s Indy500.

After CGR’s Ericsson, Andretti’s Ryan Hunter-reay, and Palou set forth unremarkable efforts, it was ECR’s Rinus Veekay who was the first to make an impression with his blistering pace – enough for an average four-lap speed of 231.511 mph.

Veekay’s time would be bested by Herta, and nearly matched by ECR owner Ed Carpenter, before Dixon claimed pole with his four-lap average of 231.685 – considerably slower than 2020’s Indy500 pole time, albeit in vastly different conditions. 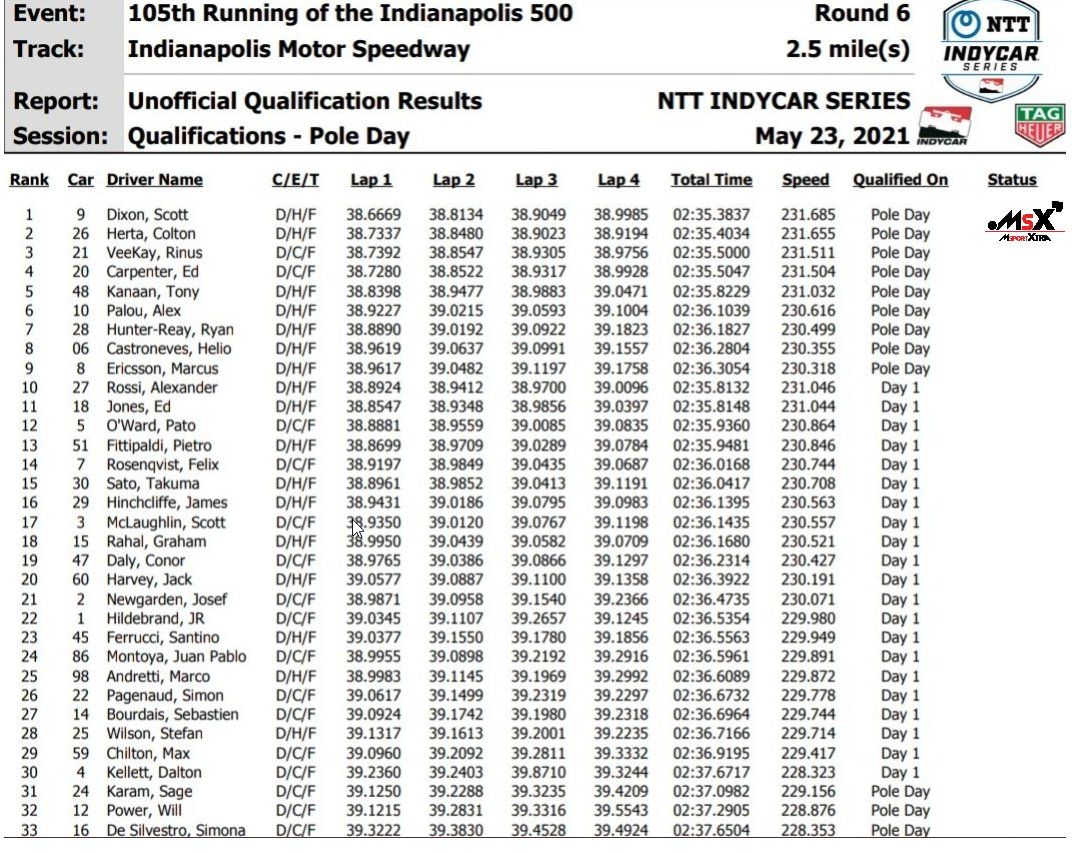 Here are the results of the IndyCar GMR Grand Prix