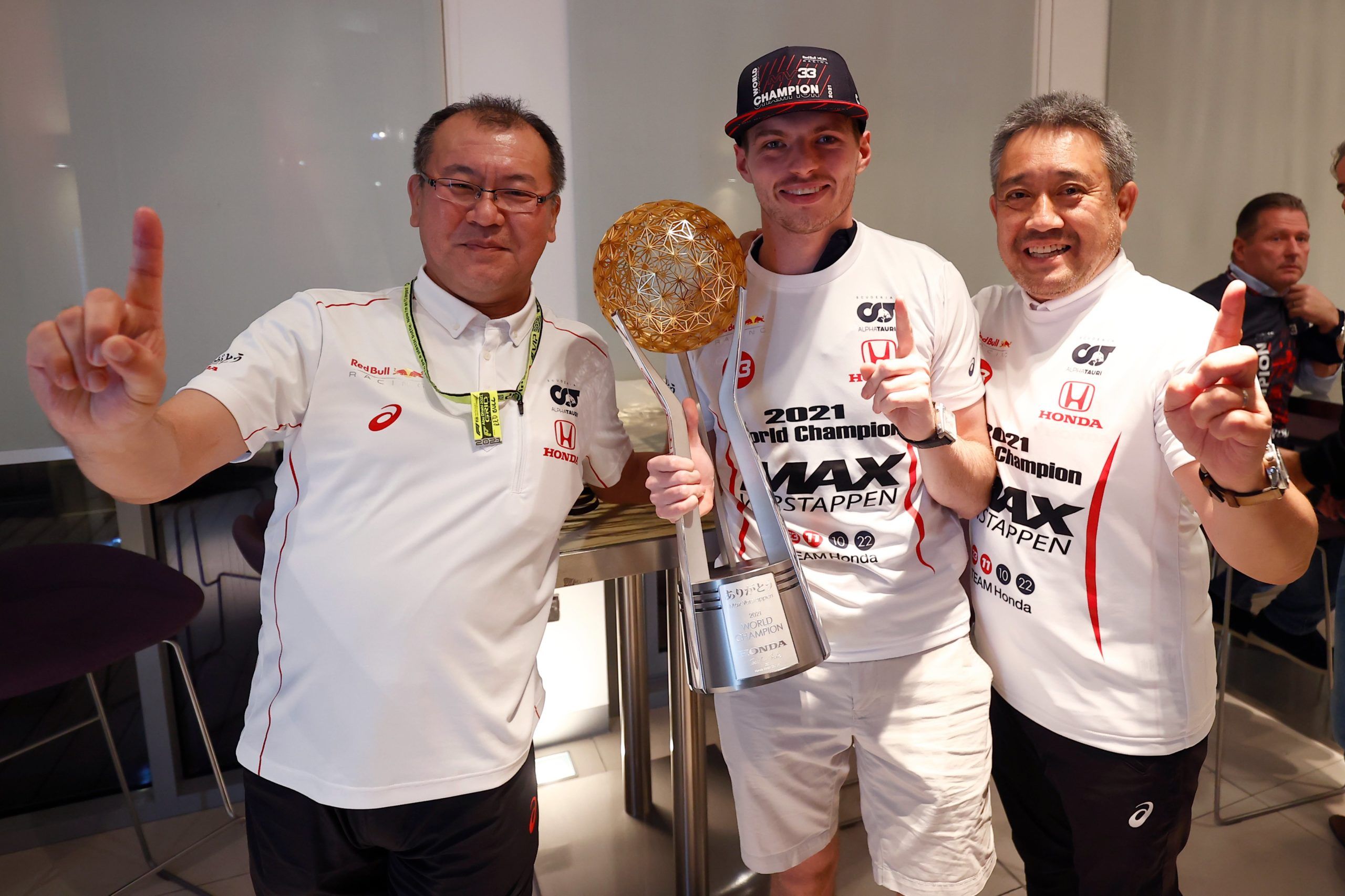 Honda has had a long wait to get a F1 world title against their name, even though it isn’t the constructors’ championship but Max Verstappen has taken the drivers’ one.

The last time Honda won a world title was in 1991 with Ayrton Senna, with the chase on for a world championship since then. They did bow out of F1 for several years in between, but returned under the hybrid era in a bold partnership with McLaren.

That also marked the return of Fernando Alonso at McLaren, but the dream run didn’t pan out the way it was thought about from the outside. Eventually, the deal fell through in one of the lowest moments for both the team and Honda in recent history.

They partnered with Toto Rosso/AlphaTauri for a year then before embarking a new journey with its senior F1 outfit, Red Bull. That started the upward momentum as one after the another, Honda started to tick off the boxes it had set out for itself upon its return.

They did miss out on the constructors’ championship before bowing out of F1, but nevertheless, they ended their official term on a high where they managed to recover the rock bottom loss with McLaren to smiling moments of title win with Red Bull.

“At the final race of the 2021 season, Max Verstappen and Red Bull Racing Honda have won the Drivers’ championship,” reflected Toyoharu Tanabe. “Honda started this current F1 project back in 2015 and from the very beginning, winning the championships was always our goal. We put a lot of effort into it, challenging ourselves every day as we strived to improve and now, on the last lap of the last race of the season and the last race of Honda’s time in the sport, we have achieved our goal.

“All that effort and challenging spirit has paid off and I can’t really find the words to express what this means. It was unfortunate that we had to retire Checo from the race, after spotting an anomaly on his PU data, but until then he demonstrated great team-spirit, playing his part in the final result. For Scuderia AlphaTauri Honda, both drivers performed well all weekend and Yuki’s fourth place finish is his best result of his rookie season.

“He really put together everything he learned this year and along with the usual strong drive from Pierre to get to fifth, this was the team’s best overall result of what has been an excellent year for them. Unfortunately, we missed out on the Constructors’ title, but we are still happy that with Max we won the Drivers’. All the ups and downs and struggles of the past seven years finally paid off.

“During that time, engineers and mechanics from HRD UK and Sakura and other Honda departments never gave up, continuing development work and making so many breakthroughs, working hard day after day and the fruits of that were seen in Abu Dhabi. On behalf of Honda, I would like to thank everyone at Red Bull Racing and Scuderia AlphaTauri, as well as all the drivers we have worked with since 2015 and the fans who have always supported us through thick and thin.

“Our Formula 1 challenge has now finished with this race, but I firmly believe that all the experience we have gained will feed through to Honda’s future technologies and Honda will continue taking on new technological challenges in many areas in the future. To everyone in Formula 1, a final thank you,” summed up Tanabe, as his boss Masashi Yamamoto then added about the low years of Honda and the eventual triumph.

“We made it, we won the Drivers’ championship, we did it together with everyone involved in our project and our teams and also with the support of the fans,” started Yamamoto. “The race itself was really dramatic and the title was decided on the very last lap of the year. The close battle over those final kilometres perfectly sums up how the whole season went. If you set the bar very high, you can still reach it if you keep challenging.

“The Abu Dhabi race marked the end of Honda’s F1 project. We came back into the sport in 2015 as a PU supplier, attracted by this very sophisticated hybrid PU technology. From then until 2021, 7 seasons and 141 races have gone by. Compared to our rivals, our development time was relatively short and partly because of that, we struggled a lot in the beginning and we hit rock bottom in the early days. However, even while having to deal with logistical difficulties partly down to the Covid-19 pandemic, in this our last season we have been fighting with very strong rivals and we came out on top of the Formula 1 world.

“This is due to all the hard work from all our engineers and mechanics, not just those at the race track. They never gave up even in the most difficult times and made numerous technological breakthroughs along the way. We were able to prove the validity and effectiveness of our technology and the abilities of our workforce. Of course, we could not have achieved these results without the major role played by our great partners, Red Bull Racing with whom we won the title and also Scuderia AlphaTauri who welcomed us with an open mind, allowing us to move forward together after a difficult three years.

“We should not forget McLaren, with whom this era started back in 2015 and all the drivers who have worked with us, always putting maximum effort into achieving the best possible results. Without all these elements working together and without the passion of each individual involved, we would not be where we are today. Last but not least, I’d like to thank all our fans who have always supported us through thick and thin, even when there was no light at the end of the tunnel and we had considered giving up. It’s not just me who took strength from the support of our fans.

“I myself went racing with the belief that Honda’s power of dreams would one day come true and that we would enjoy our success with our fans. There is nothing better than sharing the highs of victory and the lows of defeat with you, as we made it to the top together. We can say this project has been a success as we leave the sport having helped Max Verstappen win the Drivers’ World Championship However, it might be considered an even greater success if it stays in the hearts and minds of our fans and serves as an example to them when they too have to face a great challenge.

“Our journey unfortunately ends with this Abu Dhabi Grand Prix. Honda now moves on to another challenge, aiming to be carbon neutral, making the best use of technologies and human resources developed in Formula 1. Red Bull Racing and Scuderia AlphaTauri will continue to use a PU developed by Honda, while our company starts a new chapter and I hope the fans continue to support us. Once again, I’d like to thank everyone involved in this F1 project and the fans. Domo arigato,” summed up Yamamoto.

While Honda has bid goodbye to the sport, they will still assist Red Bull and AlphaTauri in the coming F1 seasons as they develop their own Powertrains site. The people from the Japanese manufacturer will have to work as the team’s employee going forward, although it is not clear if any of the key personnel who led the project, will be part of the team.

Here’s Max Verstappen on his win and words for Honda

Here’s Yuki Tsunoda on a fine end to 2021 season