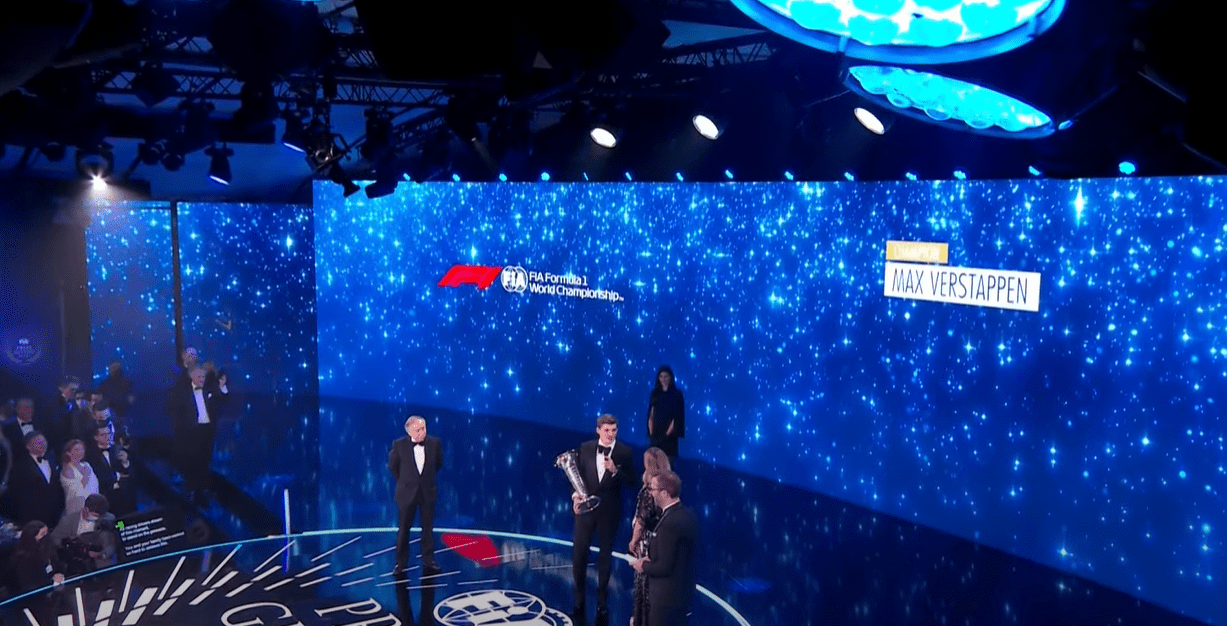 The 2021 FIA Gala had trophy ceremony not only for the champions but the likes of Lewis Hamilton, Fernando Alonso, Oscar Piastri and more were rewarded as well.

Despite the COVID-19 restrictions in place, the 2021 FIA Gala was held with most present in the ceremony after it was held virtually in 2020. There were many who couldn’t come and send a recording of theirs for winning their respective prize.

Apart from the champions and runners-up getting their trophies, the FIA also had some other special awards, whose recipients were only revealed during the ceremony hosted by Nicki Shields and Julien Fabreau from the headquarters at Geneva.

First up was the award for the FIA Rookie of the Year, which went to Alpine’s Oscar Piastri – as chosen by the Divers’ Commission – for his supreme title-winning season in F2 with Prema. He didn’t get a F1 drive for 2022 but is in a reserve role with the French outfit.

Piastri became the third F2 driver to get the award after Yuki Tsunoda and Charles Leclerc. The Monegasque won it twice, one as a F1 driver too. Other winners include Daniil Kvyat (F1), Max Verstappen (F1), Alex Albon (F1) and Kevin Hansen (European Rallycross).

Moving on to the FIA Action of the Year, it went to Alpine’s Alonso for his superb defence against Hamilton from Hungarian GP, where he battled with his former teammate for multiple laps and kept him behind for as long as possible.

He was voted as best by the fans. Previous winners included Kimi Raikkonen, Verstappen (four times, three in F1 and one in F3), Esapekka Lappi (WRC) and Teemu Suninen (WRC). The FIA Personality of the Year award then went to Hamilton.

It was voted by the permanent accredited media and it was his fourth time winning the award – second year in succession – as other holders included Verstappen (three times in F1), Robert Kubica (WRC) and Niki Lauda (F1).

Apart from these three, outgoing FIA President Jean Todt was presented with multiple gifts for his last day at helm, as the ceremony eventually closed with Verstappen getting his winning trophy. Prior to that Valtteri Bottas collected this third place trophy as James Allison took the constructors’ title with Hamilton and Toto Wolff skipping the event.