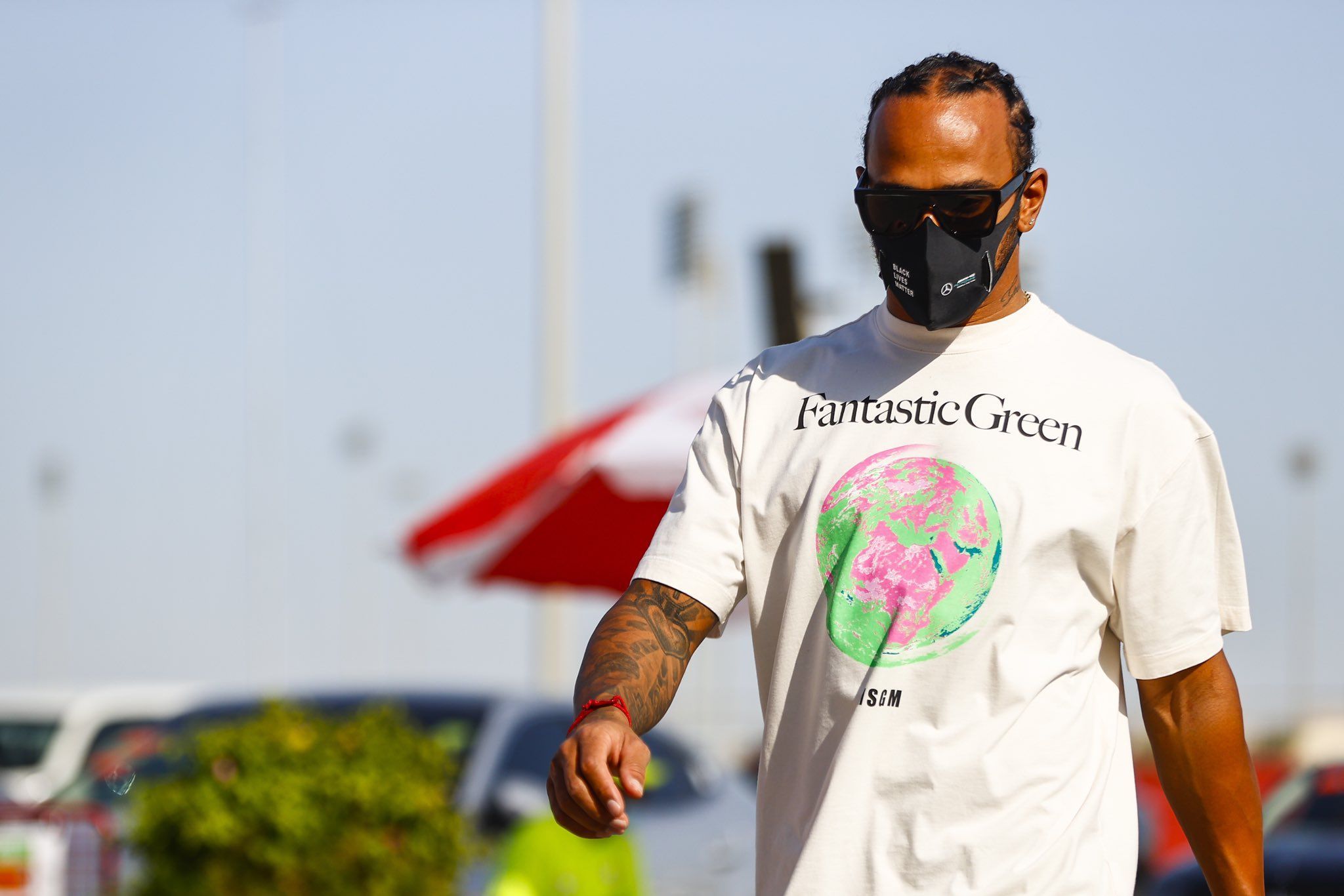 Lewis Hamilton won’t turn down the knighthood if conferred to him as he speaks on salary cap situation, Ferrari talks and human rights.

Over the week, The Sun reported that Mercedes’ Hamilton is all but cleared to get knighthood in this year’s New Year’s Honours by the UK Government and the Royal Family, with his tax issues now sorted – which gathered mixed response as expected.

Not just fans but there were verified figures in the UK, who did not wished Hamilton to have that honour, while many rallied behind him being awarded one. For the British F1 racer, though, it will be a fulfillment of a dream to be chosen by the Royal Family.

Hamilton – already a MBE – said that he won’t turn it down if they ask him. “Firstly I would never ever turn down the Royal Family,” he said to media including Motorsport Network, Sky Sports F1, Racefans.net, BBC and more. “I’ve grown up in the UK and I’m an avid fan of them. It’s very surreal to hear that when you’ve grown up watching the news like everyone else, and then your name is mentioned in the House of Lords, the House of Commons, or in the Parliament.

“It’s very surreal with all the things going on in the world they have a moment to mention and acknowledge the work that I’ve done. Yeah, it’s definitely a surreal experience seeing that. But as far as I’m aware, there’s a lot of talk so I haven’t thought that much about it. But it would be an incredible honour. There’s no greater honour than your country recognising you and honouring you with such an award,” summed up Hamilton.

While there is reported confirmation but it will only be known when the Government officially releases the list. Aside the knighthood, Hamilton added more on the human rights topics after he was asked about the letter he and Mercedes got upon arriving in Bahrain.

It was from the local human rights group as Hamilton spoke about the authority needing to do more to not undermine the rights of the public. “When I arrived here around midday, I received some letters,” he said. “I quickly got to see them before I got here, but I’ve not had a lot of time to digest them. So, that’s something I definitely need to do over the coming days.

“Naturally the human rights issue in some of the places we go to is a consistent and a massive problem. I think it showed this year how important it is for not only us as a sport, but all the sports around the world to use the platforms they have to push for change. Naturally we are probably one of the only ones that goes to so many different countries.

“I do think as a sport we need to do more. I think we’ve taken a step in that direction, but we can always do more. I think there are some, they’ve put some steps in place for the places we are going to, but it’s important to make sure they are implemented in the right way and it’s not just us saying we’re going to do something and we actually see some action taken. That’s going to take some work from all of us in the background,” summed up Hamilton, as the topic then switched to salaries in F1.

AlphaTauri team principal Franz Tost opined that F1 drivers should be happy with what they get as they are the lucky few ones to be able to drive the car, when asked about the ongoing discussions around salary cap for drivers in the sport to limit rising costs.

Hamilton understood the argument and wouldn’t oppose a cap if it is implemented but cautioned the decision makers to think about the upcoming F1 drivers, who will take the sport to higher levels. “I think currently the salary cap is supposed to be implemented probably when I’m not even here,” he said. “I do think that the sports, the drivers here are naturally the start of the sport.

“They’re the ones that are seen as the ones that bring them brands and their reputation helps elevate the sport and help it travel globally around the world. If you look at other sports, there have been salary caps in some of those sports. Think like the NFL or basketball maybe think the one difference is that in those places the individuals, the individuals own their image in many areas, so then they can they can try to maximise their image elsewhere.

“But this sport controls pretty much the drivers image. So, I mean, I’m not personally opposed to it. I mean, it’s not my decision at the end of the day. But do think about the next up and coming young stars that are coming through and I don’t particularly see why that should be handicapped if they’re bringing something to the sport, I think that it’s a multi-billion dollar sport, and they should be rewarded for what they bring to it,” Hamilton summed up, as he opened up on not aligning with Ferrari, due to love for Mercedes.

“I was never close at all to never leaving my team,” noted Hamilton. “I think it’s only right that as drivers and as people when you’re looking at your next phases and committing to periods of time in your life, you have to analyse what your options are. And make sure you have done your due diligence and have the pros and cons. I don’t necessarily know that our values are aligned and timing, it just wasn’t meant to be.

“I’m not bothered by I’m so proud and grateful for the journey that I have with Mercedes. Again, I think this is the only team in the history of the sport where you’re long-life family member, if you look at the all the greats have been there into then you know, their whole lives. They’ve been a part of Mercedes, the Mercedes brand, you’re part of the road of evolution and they include you in the family forever. So that’s something that’s loyalty, which I have tattooed, which is a huge part of such an important value to myself,” summed up Hamilton.

So honoured to be called @BritishGQ Game Changer of the Year🙏🏾 Thank you GQhttps://t.co/eOOGsVfDxP pic.twitter.com/DtvnljBIaI