Lewis Hamilton has lost a three-year old battle against ‘Hamilton Watch Company’, where the former wanted to take the rights of his surname.

The ‘Hamilton Watch Company’ is a Swiss company based out of Bienne. Initially founded as an American company in 1892, it ended its manufacturing based in the USA in 1969. After years of mergers/changes, it now runs under the Swatch Group.

The team of Hamilton contested the watch company from registering its brand using his surname in Europe. The European Union Intellectual Property Office, however, disregarded the claim, as they felt that the F1 racer has no natural right over the surname usage.

The case has been on-going for about three years, with Hamilton represented by Beck Greener under the British driver’s company named as 44IP Limited, while the other side saw Despacho Gonzalez-Bueno, representing Hamilton International AG.

The EUIPO were clear in its decision as the watch company could produce all the evidences regarding the usage and sale of the watches. It stated that the IP trademarked just ‘Hamilton’ – a common surname in English names, which doesn’t give right to the racer.

The 16-page judgement, dated October 20, also noted that about Lewis Hamilton wanting to trademark its own name for future products it may sell under Class 14. Some of the excerpts from the judgement is here below – first up is the reason for filing the case from the racer’s side:

“The cancellation applicant explained that it is a company holding the intellectual property rights relating to the racing driver Lewis Hamilton and it filed the EUTM application No 14 365 837 ‘LEWIS HAMILTON’ for goods and services in Classes 14 and 35, which is the subject of the opposition proceedings initiated by the EUTM proprietor based on the contested mark.

“It basically argued that the EUTM proprietor is also the proprietor of the EUTM No 103 200 registered on 05/06/1998 (‘earlier registration’) for the word mark ‘HAMILTON’ registered for goods in Class 14, which, according to the cancellation applicant, covers a larger scope in comparison to the goods in Class 14 of the contested mark.

“In addition, it recalled that a request for revocation for non-use had been filed against the earlier registration. Alternatively, the cancellation applicant invoked the ground for invalidity of Article 7(1)(f) EUTMR as the contested sign was registered contrary to the public policy and such a registration ‘improperly impedes fair competition and the free movement of goods’ in the EU.”

The above was already put down in December 2019 but already in February 2020, Hamilton contested the decision and filed a fresh case. The EUIPO then filed its own decision in July 2020, which was published then in full, in October.

The judgement – where Hamilton was asked to pay a total of 1000 euros (550 euros for appeal proceedings and 450 euros for cancellation proceedings) – included: “The contested mark consists solely of one word ‘HAMILTON’, and not ‘LEWIS HAMILTON’. It is a rather common surname in English-speaking countries. There is no ‘natural right’ for a person to have his or her own name registered as a trade mark, when that would infringe third parties’ rights (25/03/2019, R 406/2018-4, ARRIGO CIPRIANI/CIPRIANI, § 63). Article 14(1)(a) EUTMR contains an exception to the exclusive rights of the proprietor of an EUTM, but that provision operates only in infringement proceedings and not in opposition or invalidity proceedings.”

“Even the cancellation applicant explicitly accepted that the contested mark ‘HAMILTON’ had been used since 1892, i.e. even before the date of birth of ‘Lewis Hamilton’ as a natural person.

“The cancellation applicant is a company named 44IP Limited and the reference to the natural person Lewis Hamilton remains totally unsubstantiated. It has not even been explained under which legal concept a company could invoke personality rights of an individual person.” 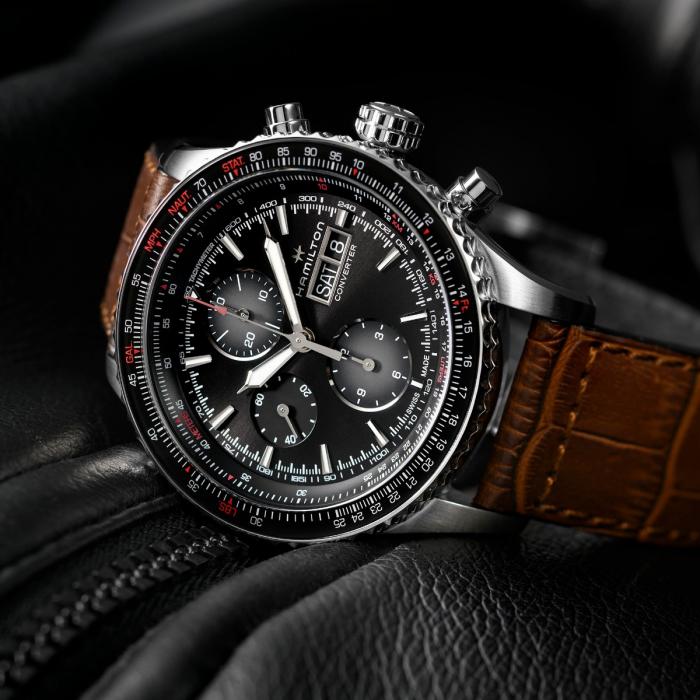 Here’s Sebastian Vettel on his message to Lewis Hamilton

[Note: The judgement has been seen by FormulaRapida.net but since it is a downloaded PDF file, it is not getting hyperlinked on the site]