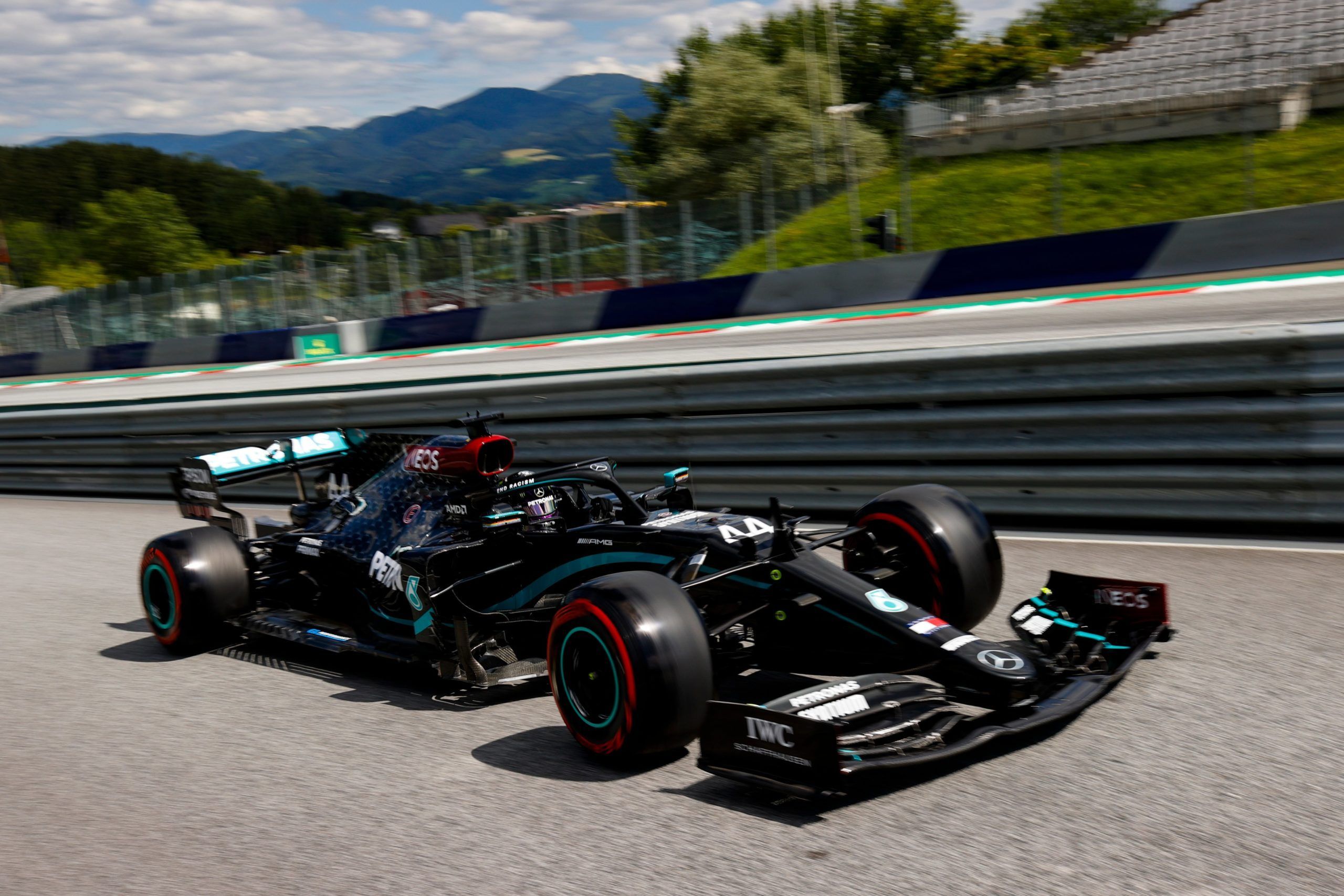 Mercedes’ Lewis Hamilton gets penalty for one offence but not another for F1 Austrian GP as FIA COVID-19 team will send a letter to Red Bull Racing and Ferrari, while McLaren Group seems to have averted a legal battle.

Following the first qualifying of 2020 F1 season in the Austrian GP weekend, the FIA Stewards pulled up Hamilton for not slowing down under yellow flags when Mercedes teammate Valtteri Bottas went wide between Turn 5 and Turn 7 at Red Bull Ring.

The team reviewed the video footage and found that Hamilton received conflicting order as when he passed Turn 5, there were yellow flags but the light panel showed green. “The Stewards heard from the driver of Car 44 (Lewis Hamilton) and the team representative and have reviewed video and telemetry evidences,” the note said.

“The driver mentioned that he passed a green light panel in turn 5. The video footage
confirmed that there have been yellow flags and green light panels at the same time
and therefore conflicting signals were shown to the driver. Taking this into account, the
Stewards decide to take no further action.”

In another summon, the first Q3 lap time of Hamilton was deleted after it was found that he did not use the track at the exit of Turn 10. It doesn’t affect the result of qualifying. “The Stewards heard from the driver of Car 44 (Lewis Hamilton) and the team representative and have reviewed video, evidence,” said the note.

“The car left the track. As no lap time has been achieved in the lap following the infringement, only the lap time in which the infringement had happened is being deleted. The penalty was applied in accordance with point 21.2.a) of the Race Director’s Event Notes and Article 12.3.1.e of the FIA International Sporting Code.”

The FIA COVID-19 Response team has noted the picture circulated in the media where Red Bull’s Christian Horner along with Dr. Helmut Marko and a lady are talking with Ferrari’s Vettel – while neither of them are wearing the mandatory face mask.

The first race of the 2020 F1 season at Red Bull Ring is being amid a strict protocol with the FIA having already shared a booklet of new rules, which includes face mask to be worn inside the paddock. In addition, different F1 teams aren’t to mingle with each other too.

A picture – which was widely shared on social media on Saturday – has caught the eyes of the FIA team and they are to send a letter to the managers of both Red Bull and Ferrari to push their team members to adhere to the set guidelines for the event to take place.

#F1 @bbcf1 Red Bull and Ferrari to be reminded of Covid protocol by FIA after this picture was taken in the paddock today. pic.twitter.com/95682vAkeU

Having secured a 150 million pounds loan from National Bank of Bahrain, for the time being McLaren Group has injected much needed cash to get going. And so, the court case involving them and some of the creditors seems to have been dropped now.

The cour case came to light last month when McLaren noted that they are in deep trouble financially and if they don’t secure new funds, they may go insolvent by July 17. They wanted to sell-off heritage cars, which already were under another mortgage deal.

Those creditors raised objection to the sale of the properties which they could have had their hands on. The case was reportedly to be heard on July 2 but Financial Times has stated that a deal has been struck between the bondholders and the company.

This means that they won’t have to appear in the court. “McLaren has successfully secured additional funding, which does not require us to pledge any of the company’s assets as collateral,” the sportscar company as quoted as.

“Having explored a variety of funding options we are very pleased with the outcome which is best for all stakeholders including our bondholders.” The deal with Bahrain doesn’t come with the mortgage baggage and is seen as fresh investment.

The report added that some of the bondholders have agreed with McLaren to allow some assets to be sold off to gain cash in hand. It seems like, for now, the drastic situation has been averted but with COVID-19 situation, the finances will remain hurt for some time.

UPDATE: Red Bull has asked the FIA Stewards to review their no penalty decision on Hamilton ignoring the yellow flag, where he was given a clean chit. They are to meet at 13:45 local time to deliberate. “Hearing to review a decision (document 33), petition of review submitted by Aston Martin Red Bull Racing,” the note stated.

UPDATE 2: Hamilton has been handed a three-place penalty for yellow flag infringement after a successful challenge from Red Bull. He will start from fifth with Verstappen second, McLaren’s Lando Norris third and Alexander Albon fourth.

The change came after Red Bull presented a 360 degree camera angle, which the F1 Twitter feed had uploaded as well. The video showed Hamilton passing through a light panel showing yellow.

Here’s McLaren on getting loan