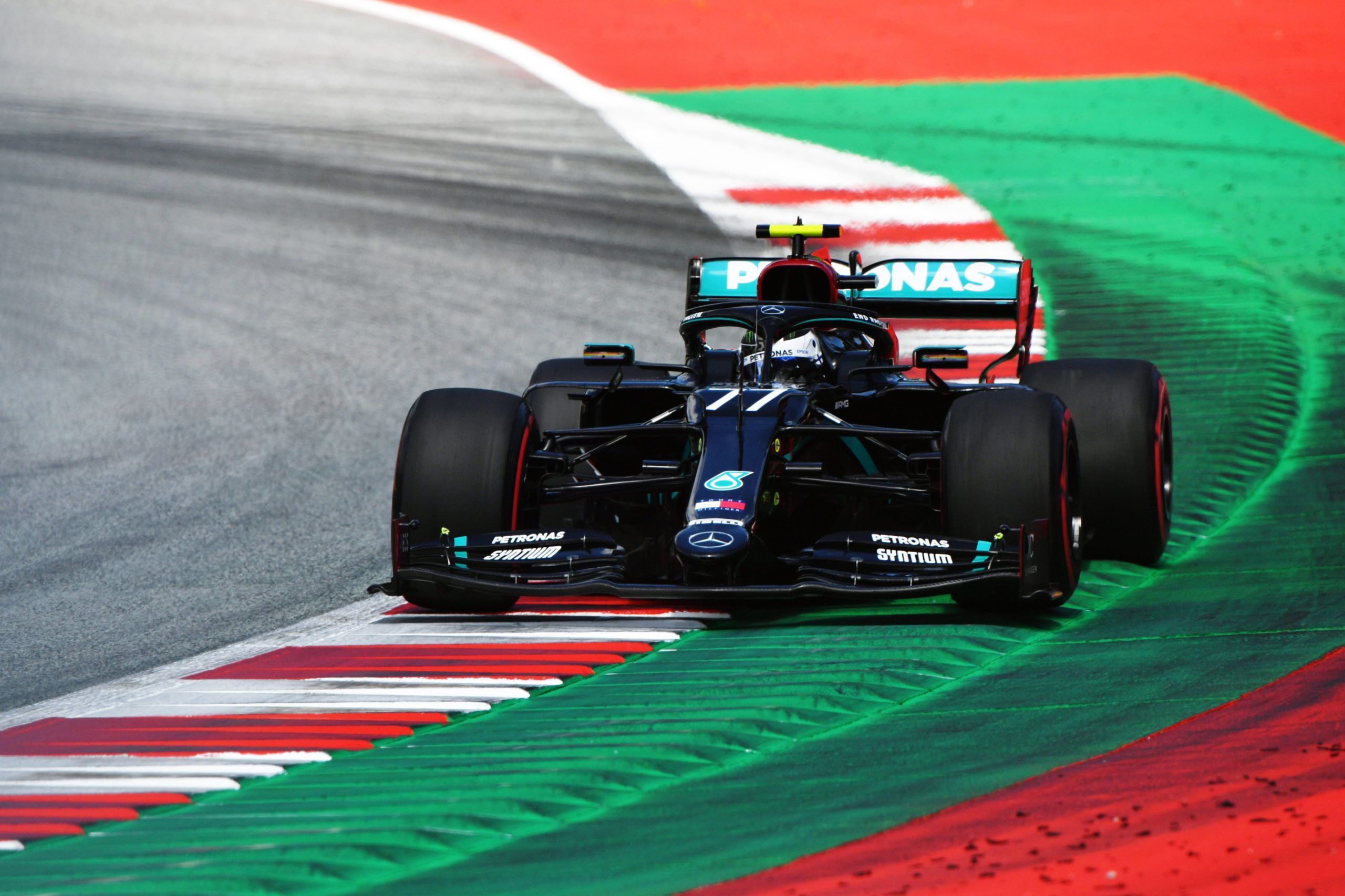 It was a hectic first qualifying session in F1 Austrian GP at Red Bull Ring where Red Bull’s Max Verstappen set the quickest time of 1m04.024s from Mercedes’ pair of Bottas and Hamilton in the Top 3 after everyone had to do an extra run apart from Alexander Albon.

He managed to beat both Alfa Romeo Racing cars of Antonio Giovinazzi (1m05.175s) and Kimi Raikkonen (1m05.224s), where the Italian had an edge over the Finn despite a gravel moment on his quick lap. Williams’ Nicholas Latifi (1m05.757s) rounded out in 20th.

The strategy game was in display with Red Bull putting Verstappen on the medium compound, while the rest all went with the soft option for their first run. The Dutchman was only sixth, while Albon on the red-coloured tyres could only manage 13th.

Verstappen went out on the soft compound for this second run but didn’t have to improve eventually after finishing eighth. It was a huge moment for Vettel, though, who was knocked out by Albon, who shot himself up to third on his final attempt.

Replays showed an off for Vettel at Turn 1 itself which didn’t help his cause as teammate Charles Leclerc wasn’t setting up the standings either having finished 10th. Mercedes led the way again with Bottas quicker from Hamilton with a 1m03.015s lap.

With the final session on, it was provisional pole for Bottas with a 1m02.999s from Hamilton and Verstappen after completing their first run. Leclerc was only seventh with Racing Point’s Lance Stroll, McLaren’s Lando Norris and Renault’s Daniel Ricciardo choosing to do only one lap.

Elsewhere, GPDA Director Alexander Wurz has stated that the F1 drivers will be free to choose how they want to show solidarity on Sunday ahead of the start of the 2020 season with the Austrian GP, after numerous virtual meets on the topic.

UPDATE: The FIA Stewards has summed Hamilton for leaving the track at Turn 10 and also failing for the yellow flag caused by his teammate Bottas. At the moment, he is the only driver in question and has to report at 18:15 local time.