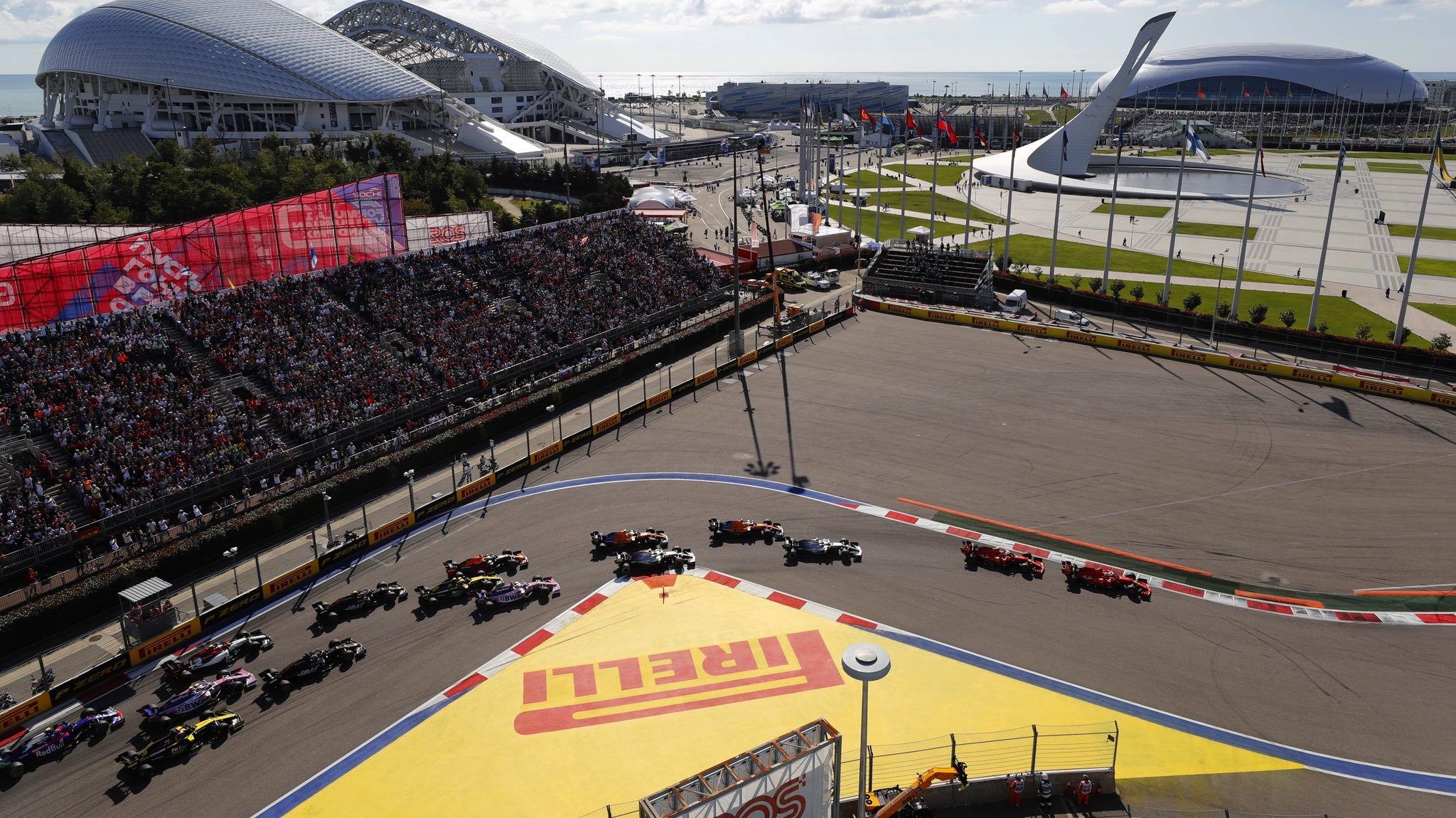 In order to off-set Ferrari, who were destined to start on the soft compound, Mercedes chose to use the medium tyres in the F1 Russian GP at Sochi Autodrom. They were the only ones in the Top 10 to start on medium tyres.

The strategy didn’t work eventually as Ferrari’s Charles Leclerc helped Sebastian Vettel with tow to be 1-2, whereas Mercedes had to fend off the McLarens on the slower tyres against the quicker ones.

In fact, Carlos Sainz managed to get ahead of Valtteri Bottas even. It was Ferrari’s race to lose after the start which they eventually did after Vettel’s MGU-K failure as it handed a free stop to Hamilton and Bottas.

A second stop for Leclerc made it a Mercedes 1-2 in no time and with not so strong advantage, the Monegasque eventually had to be content with third after the Finn had a clear defence line.

“I don’t think we were particularly confident [to win the grand prix],” said Hamilton. “We knew that we were on obviously slower tyre and we put ourselves on a slightly different strategy in that respect and I was hoping that was going to give us an opportunity to dice and fight with them at some stage through the race.

“But before the race we sat down and we were like, our estimations of whether the soft tyres will last or not, either we’ll be correct or they’ll be correct. And ultimately, I think they were right, because the soft tyre was much stronger than we anticipated.

“Obviously there was that difference between the compounds, so keeping up with the softs, with their consistency and their speed was like ‘Oh God, it was so hard’. So I wasn’t expecting that.

“There was obviously that slight tail-off towards the end where I was able to start closing the gap but it wasn’t massive chunks out that I was taking out of them but then were obviously able to extend, we were planning to extend for like 15-plus laps or something like that and hoping that when we came back out on the soft we would have the chance to fight with one of them who is on a different tyres.

“Obviously safety car and all those things came into it. Valtteri did an exceptional job, because it’s not easy keeping the Ferraris behind and Charles has been driving so well, so ultimately just an incredible day for the team considering the challenges that we have had.

“I think this weekend we knew that we had have to pull more out of this car and there was more potential there, but we didn’t know where it was. I think we pulled ourselves a little bit closer to the Ferraris this weekend and it was just enough to get ahead of them.”

Speaking particularly of the start, where he had to fend of McLaren instead of attacking the Ferrari, Hamilton added: “When we did the laps to the grid, I didn’t have a lot of grip, I don’t know about Valtteri, but I was a bit worried.

“And then obviously we definitely lost a little bit from the initial phase but then I wasn’t able to get to the tow because he stayed on the left and gave Seb the tow. I tried to sneak in behind Seb but there was a McLaren there so I had no tow down to Turn 1 and I nearly lost another place.

“Massive challenge but one I’m really proud of, really proud of everyone and I hope that everyone back at the factory is able to relax for a second but then come back and work hard, because we still have plenty of races to go and a lot of challenges ahead of us.”