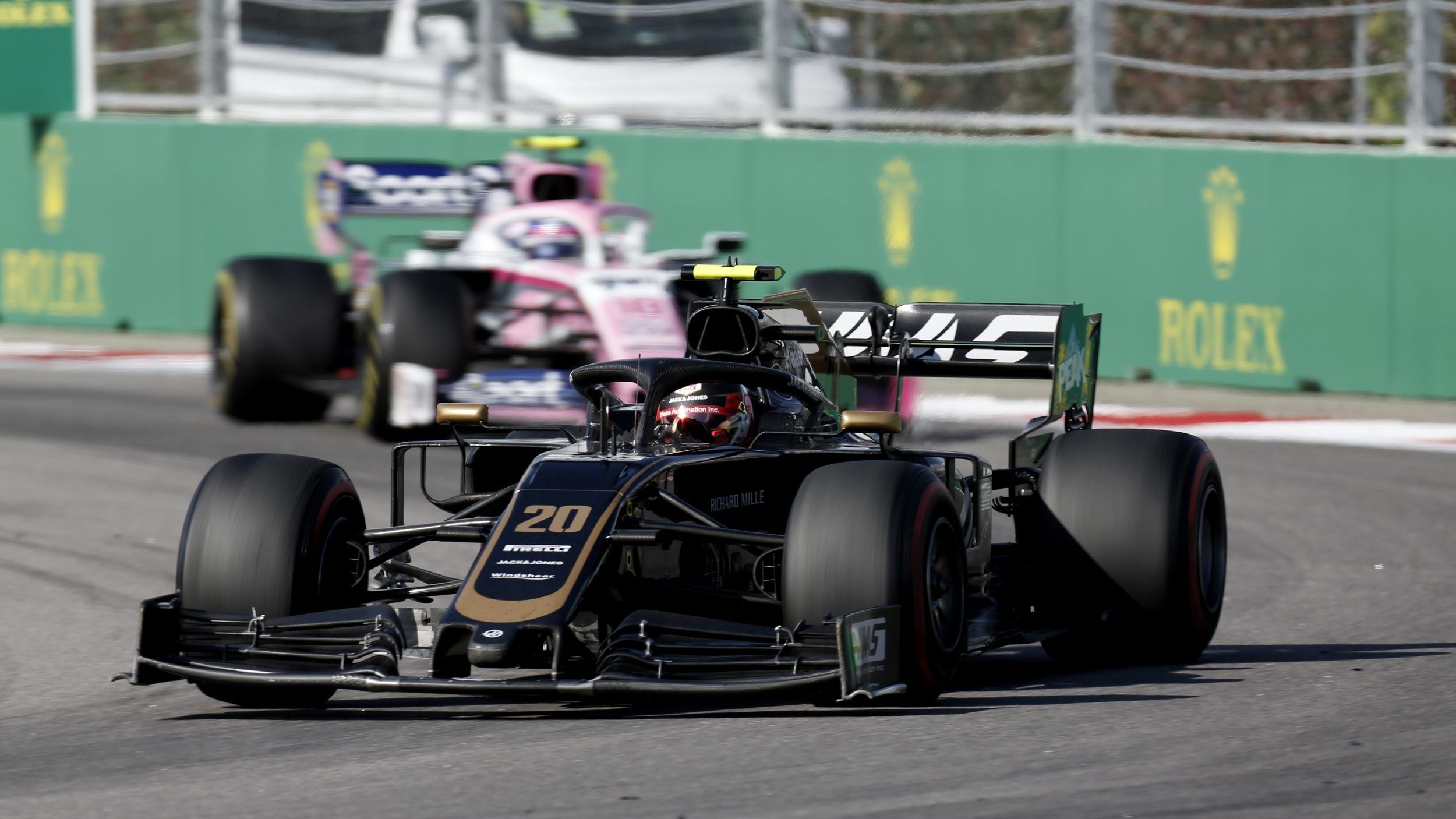 Haas F1 Team’s Kevin Magnussen wasn’t too pleased with the penalty he got for driving in between the two bollards at Turn 2 in F1 Russian GP.

For the first time in many races, Haas were relieved to take away some points from a grand prix with Magnussen finishing eighth in F1 Russian GP at Sochi Autodrom after a fighting run.

The team ran a hybrid of things but more of the Melbourne-spec on both cars and it showed results immediately with better run in qualifying. Unfortunately, Romain Grosjean retired early but Magnussen carried on.

The Dane was classified eighth but a late penalty dropped him to ninth behind McLaren’s Lando Norris. While battling with Racing Point’s Sergio Perez, Magnussen went off at Turn 2 where the FIA put new bollards.

He had to go to the left of two bollards but he went in between them which initiated a five second penalty, much to the disappointment of Magnussen and also Guenther Steiner, whose radio message made headlines.

Post-race, he said: “Thank you very much, if it wouldn’t have been for a stupid, idiotic steward, we would be eighth. Thanks for the great job guys, fantastic. Thanks Kevin, great job and driving. Thank you.”

To which the Dane added: “Thanks. What a load of bullshit.” And then Steiner responded (which was cut in between): “You know who is the…” The comments from Steiner may come under scanner though by the FIA.

Meanwhile, speaking to F1’s Youtube programme, Magnussen stated: “[We] almost had a perfect weekend. We got that stupid penalty, I just don’t get it, it is never black and white these things.

“What happened with me was that there is a first bollard and the second bollard and we have changed the rule over the weekend because they can’t really figure out what they want to do with it.

“Then it ended up like if you missed the first bollard, you have to take the second and I kind of went in between. I took a bit of the first bollard and I thought it is bit of dangerous to try and make a turn to so far left, I would be at the risk of losing control.

“So, I just went through one of them and lost the position to Perez, lost load of time, had dirt on my tyres and then I get the penalty. I think it is in a grey area and then they choose to go ahead with the penalty.

“[But overall] I think I can speak for the whole team that it has been a great relief this weekend to be in contention from the beginning and also in the race, we looked really good.

“I thought we had one of the fastest cars in qualifying and in the race we showed good pace like we did in FP2 on long runs, especially in the first stint where he made the soft tyre last.

“So, it was a great job from the whole team to keep the head up after tough first half of the season.” The track limits has been a hot topic for some time now, especially with tarmac run-off areas on modern circuits.

Drivers try and use it to their advantage and if they go beyond and damage their cars or if they get penalised, they complain about the situation, whereas if it was proper gravel trap, they wouldn’t take the extra liberty.