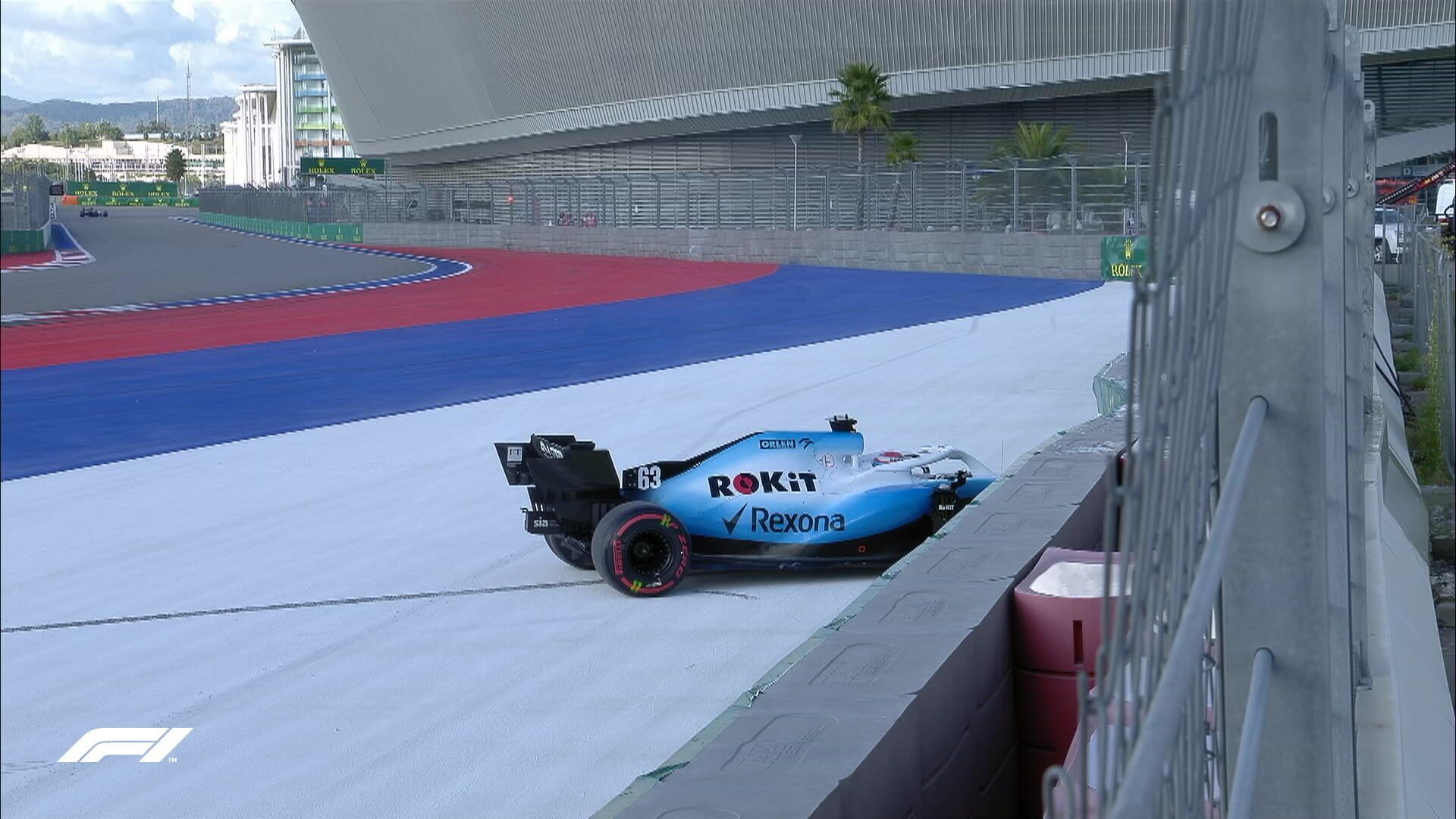 Williams decided to retire Robert Kubica from F1 Russian GP in order to save parts for the upcoming races as they head towards the end of the season.

Williams haven’t had a particularly pleasant season and the F1 Russian GP at Sochi Autodrom reflected the trouble they have faced throughout this year, as both drivers failed to complete the race.

Starting 17th and 18th, they weren’t on for a stellar race and it kept getting bad especially for Kubica, who has had a weekend to forget. Even though it was only their first double DNF of 2019, it was done with a purpose.

After George Russell’s race ended abruptly as he locked up and went into the barriers on Lap 29 under Virtual Safety Car period, Williams decided to retire Kubica sensing an issue and to save parts majorly.

“I just went into the corner and the whole car just bottomed out, and because it bottomed out I couldn’t turn, and just want straight on into the wall,” said Russell on F1’s Youtube channel.

“It’s just annoying to finish two races in a row, at the half-way distance.” Kubica, though, kept the car on the road, but even still, it wasn’t long before he was back in the garage with his fellow Williams driver.

“This weekend has been very disappointing,” he said. “You always have to try your best with what you have, and this is what I was trying to do. After George’s DNF, the team decided to stop my car.

“It was done to take care of the parts that we have on the car. We are not in an easy situation and Japan is around the corner.” With back-to-back races with retirements, Williams’ Dave Robson, had a sad reflection:

“It was tough and deeply frustrating for the whole team. We took the opportunity behind the early safety car to pit Robert twice aiming to complete his race using only option tyres.

“Meanwhile we were able to leave George out and run long until a Virtual Safety Car provided an opportunity for a cheap pitstop on to the qualifying tyre. Unfortunately, an issue shortly after the subsequent restart caused George to lock a front wheel, damaging the car further.

“We opted to retire Robert soon afterwards in order to conserve parts ahead of the intense flyaway races which end the season. It’s a very disappointing way to end two weeks on the road.”

The issues on track has been largely known but the Russian GP showed more evidence of Williams’ struggles with spare parts, or, perhaps more accurately, their lack of them as the 2019 season heads towards a close.