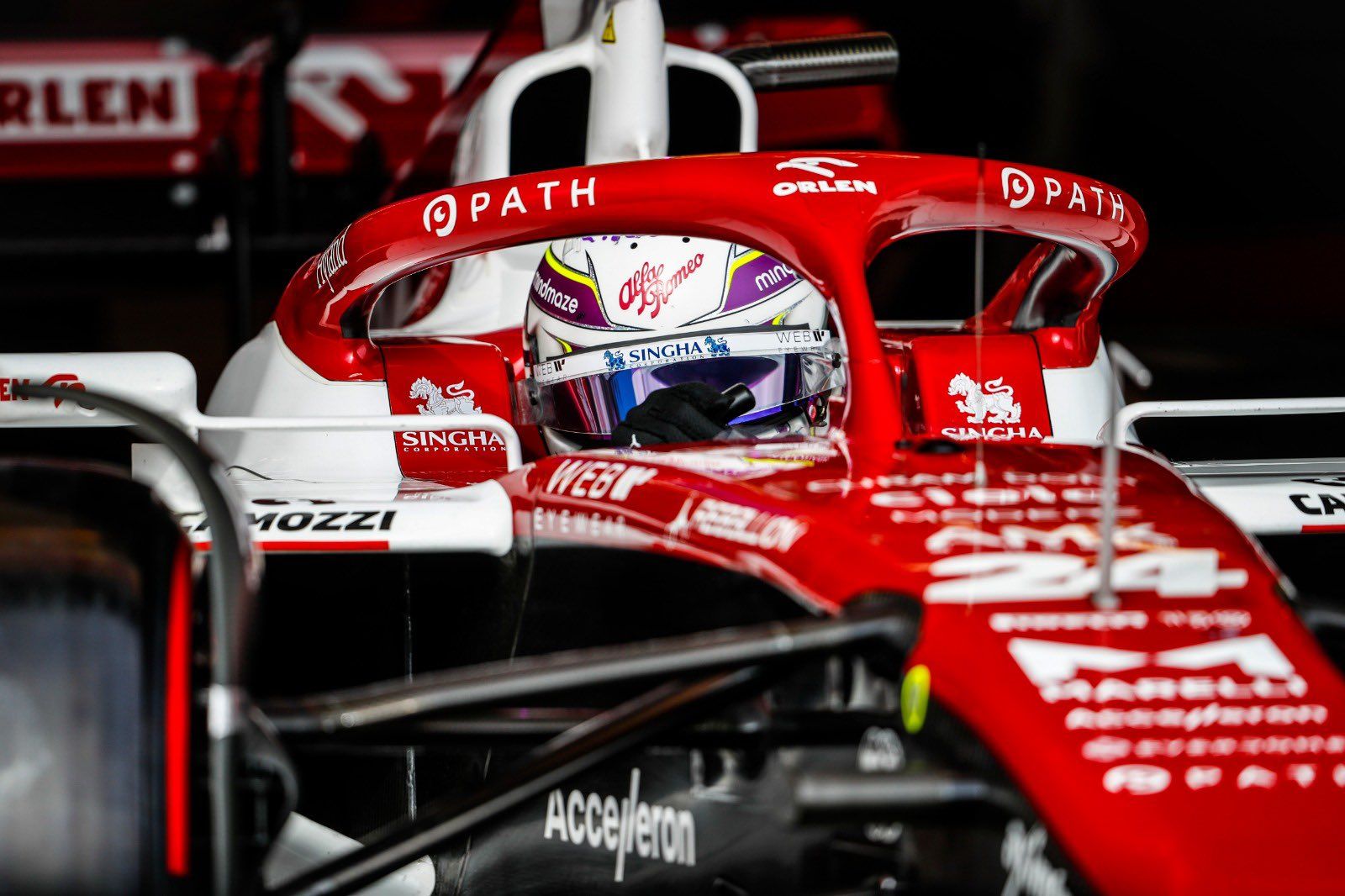 Zhou Guanyu talks about positive first half of the 2022 F1 season where reliability has been a problem but overall it has been promising for him.

Only one new kid on the block in 2022 and that is Alfa Romeo’s  Zhou Guanyu. Not just that but the first driver from China to grace the grid. A promising start to life as an F1 driver saw a point scored on his debut. Overall a good first half of the season with an impressive drive to eighth place in Canada and that crash at Silverstone.

Overall, Guanyu would appear pleased with his performances so far, alongside some reliability issues, he might too have scored more points. “If I look back at it, I’m quite impressed at the job that I’ve done, and also the progression I was able to make from Bahrain and onwards,” said Guanyu.

Reliability was a problem and of course his Silverstone smash which launched his career literally perhaps. A shame about retirements and the like but he takes it in his stride. “Having quite a lot of reliability issues forced me to retire from the race but that’s part of the game, and then having a big shunt already in this early stage of my career is not the nicest thing,” said Guanyu.

“But I definitely think we would have scored more points if we didn’t have that many DNFs.  But we were able to at least tick off the targets; we went through Q3, scoring points two times, so I’m happy in that way and we show good speed and momentum going forward. I mean overall I am quite happy”.

“Especially [getting] in Q3 – that’s definitely a big surprise for myself because I didn’t feel in my first year, I didn’t think I would have many opportunities to do that. So do that was quite a good achievement, good boost for me going forward,” summed up Guanyu.

He has done very well and is setting targets for himself quite massively. “I feel like my expectations for myself are obviously going higher because even though it’s still rocky, if I’m out in Q1 I just feel always quite upset now. Because if it was the beginning of the year, I would feel okay, now I feel like Q2 is always my minimum target even though now the field is quite compact,” continued Guanyu.

As it is, Alfa Romeo have not confirmed him for 2023. Reserve driver Theo Pourchaire has advised he wont be in Formula 2 next year and this leaves Alfa Romeo with big decisions to make but Guanyu is not too worried at the moment and a decision should be reached soon.

“Right now, I don’t feel I need to worry about next year,” said Gunayu. “Even though I think around summer time, Spa is the time to talk about the future.  I feel in general I’m not too worried about what’s going to be next year, whether I’m in the seat or not because I feel like if I keep going the way I am, keep getting better race by race, I see no reason why I shouldn’t be staying here.”

He certainly has had a great debut year. So much so that if he keeps this up, he will give Alfa Romeo a lot to think about going forward. A strong second half of the season is his his target, his confidence is increasing which should help his case.

Here’s Beat Zehnder on F1 Beyond The Grid podcast