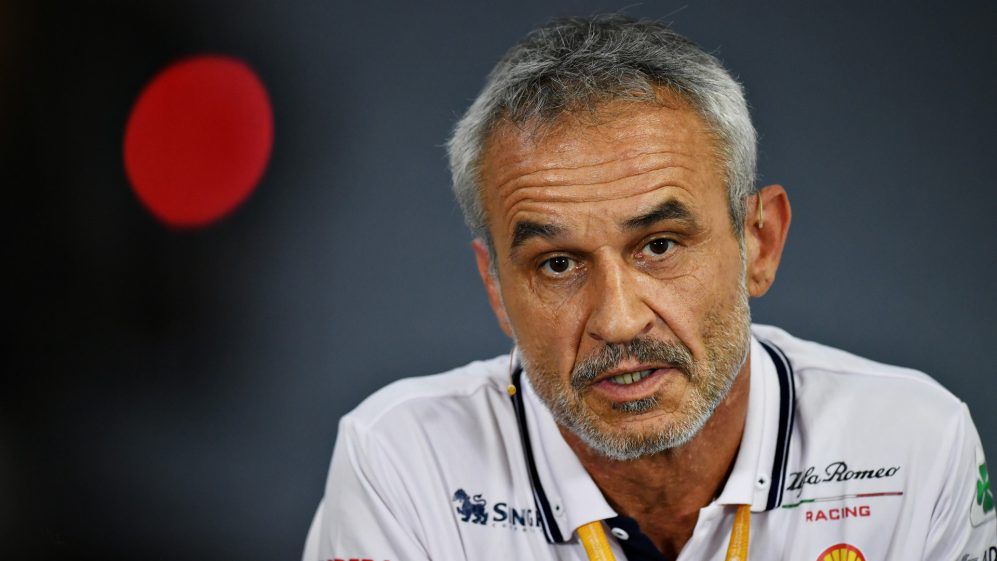 The F1 Beyond the Grid podcast features Beat Zehnder who talks about his long tenure at Sauber as he recalls his past, the drivers he worked and more.

This week’s F1 Beyond The Grid features Alfa Romeo’s Zehnder, a veteran of over 500 Grands Prix. He talks about how he came to get started in motorsport. Advising he was not in interested in the sport but had approached Peter Sauber when he saw an advert for a position for a mechanic on the Group C programme.

Interviewed, he was impressed by Sauber and his dedication and work ethic. Zehnder then talks about working Group C with Mercedes at the outset (early days) and the young driver programme with Heinz-Harald Frentzen, Michael Schumacher and Karl Wendlinger.

He revealed that the plan was for Frentzen to go to F1 with Camel sponsorship but then things changed with Schumacher. Of the trio, in terms of talent, reckons Frentzen was the most talented. He then talks about 1993 and Frentzen testing the Sauber F1 car for the first time and being impressively fast.

They move to discuss about how the F1 idea came about and Mercedes abandoning all racing in 1992 to prepare for the 1993 attempt, where he stated that Sauber was a terrific motivator. Zehnder then talks about South Africa 1993 and the team’s exceptional debut.

Goes on to talk about the disappointment of Mercedes going to McLaren for 1994 as an engine supplier which brought the heavy topic of the Imola event where admitted that he wanted to give up because of the whole weekend and what unfolded. His worst moment was Alboretos incident in the pits and mechanics being injured when Sauber persuaded him to stay on but further sadness followed and talks about Wendlingers crash at Monaco and the way the team were affected.

Zehnder then talks of Wendlingers comeback and issues with vision, etc, when testing.  He talks about Saubers battle with the FIA in terms of safety and how they fought for same. Mentions 1995 and the Red Bull and Petronas sponsorship deals. Then talks about the all nighters back then being expected and teams being smaller in numbers.

Moving on to his role, he discusses about how he became team manager and how he needed a lot of persuading. He mentions all the ramifacations that went with it and what he encountered. He does feel Sauber might have become Red Bull racing back in the day. He then switched to talks about when Kimi Raikkonen joined the team and not being that impressive at the outset.

Eventually he was very impressive and got up to speed with more testing and practice as he goes on to talk about the 2001 season the form of Raikkonen and Nick Heidfeld. Zehnder then discusses of Raikkonen leaving for McLaren, the financial incentive which led to the purchase of the Sauber Wind Tunnel.

Post the Finn’s departure, Zehnder talks about Sebastian Vettel in the early days where the German struggled at the outset, taking time to adapt. He talks very favourably about Jacques Villeneuve and being a pleasure to deal with, which led to discussions about Felipe Massa in 2002 who left the team for testing at Ferrari in 2003 and rejoined as a far better driver in 2004.

Talking his own feelings, he reckons Raikkonen was the fastest driver he ever worked with and possibly should have won three titles in his career and not just the one, noting that he was a very clever driver and could read a race very well. In between this, he added that Charles Leclerc will be a World Champion in future.

Going back in time, he talks about the BMW buyout of Sauber and the goal being to be World Champion, especially if BMW had stayed. He states that, as per Robert Kubica, the team should have kicked on from the 2008 win at Montreal instead on concentrating on the 2009 campaign.

This brought the topic to 2009 pullout and that the team almost went bust also but the return of Peter Sauber saved the day, as he adds about the job cuts being a very sad time and hard thing to do plus he also discussed the 2017 situation too. He says people who work at Sauber describe it as a trap and there is a love hate relationship with Switzerland.

Personally, he says he had offers from other teams but didn’t switch. He then talks briefly about his accident in Japan in 1991 and how Sauber and Mercedes helped him a lot.  Although he is there for 30 years now at Sauber, but he can still leave if the offer is right. But he has been happiest at Sauber as he was in their Group C effort. Highlight was winning Le Mans in 1989 and winning the World Sportscar Title twice.