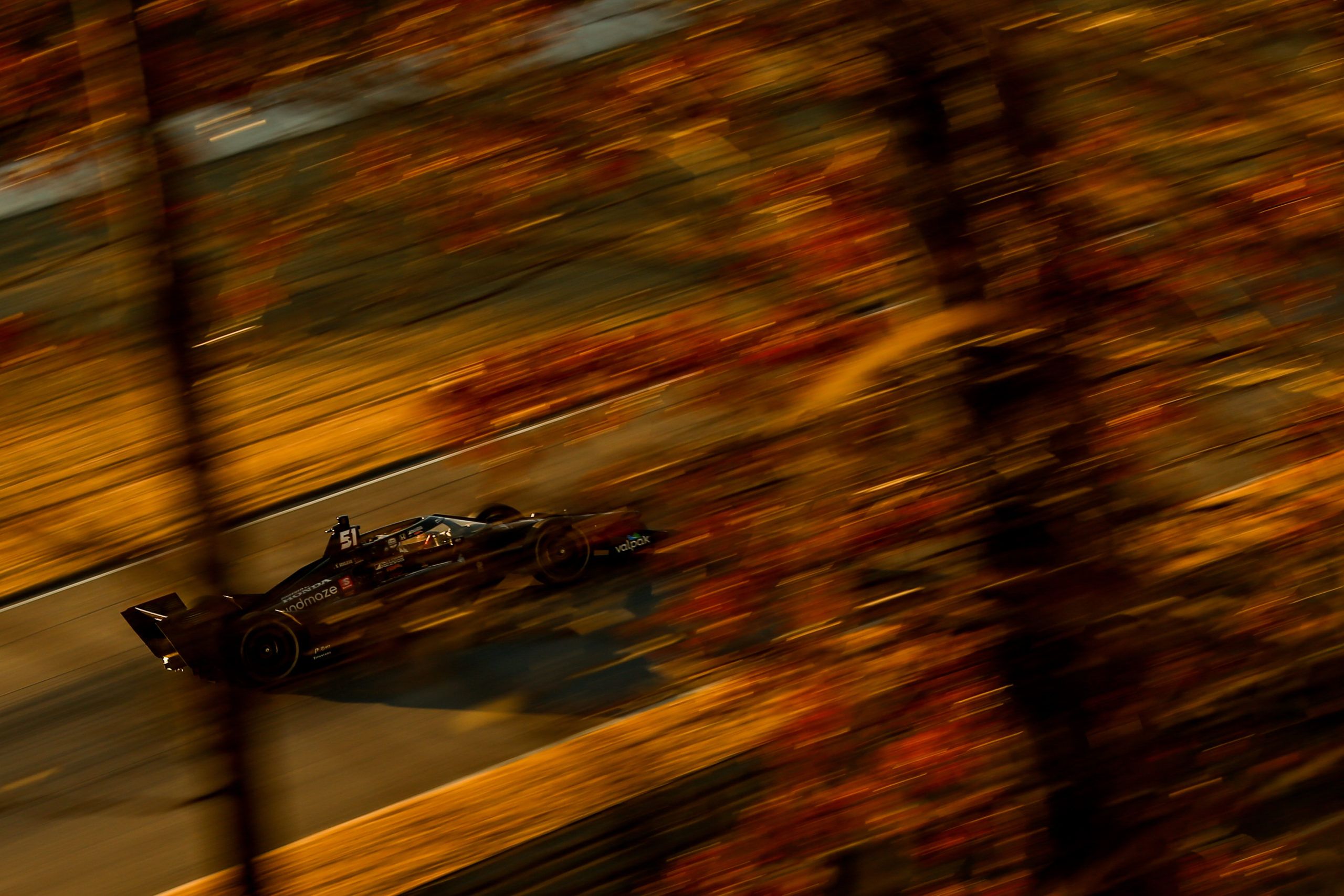 DCR rookie driver Romain Grosjean looks forward to learning the tracks of IndyCar with his new engineer, Olivier Boisson in the 2021 season.

Grosjean spent his first hours behind the wheel on Tuesday, driving one of the series’ most beloved road courses – Barber Motorsports Park – in his DCR IndyCar during a private test. It was the Frenchman’s first experience on one of the series’ many circuits, some of which are similar to those he would have driven in F1.

The 34-year-old points to the likes of Laguna Seca – where he drove earlier in the week – Road America and Mid-Ohio as circuits that are reminiscent of some he may have raced in F1, but looks forward to driving on unfamiliar street circuits, widely known for their bumpy track surfaces and challenging characteristics.

“Yeah, I think there’s going to be some different tracks, but if you look at Mid-Ohio, Road America, Laguna, they’re not dissimilar in a way to the tracks that I’ve known,” Grosjean told media following his outing on Tuesday.

“The pavement may be a bit different with some patches on, but again, it gives character to the circuit. The street circuits, they’re always different, and year to year they change. They’re bumpy. I heard they’re very bumpy,” the DCR driver shared.

As he embarks on his learning of new circuits, Grosjean does so with the help of DCR race engineer Olivier Boisson, whose knowledge of the French language has helped their relationship and productivity, Grosjean says. The former Haas F1 driver denies he would speak French in a debrief with crew members, but that the option can help him to articulate his ideas in a more private forum.

“It’s always nice when your engineer speaks the same language as you. We do all the debriefs in English because we don’t want to exclude anyone, but obviously when we are outside of the track and talking just the two of us, that’s going to be French, and sometimes it’s a bit easier to explain some of the feelings in your mother language,” Grosjean says.