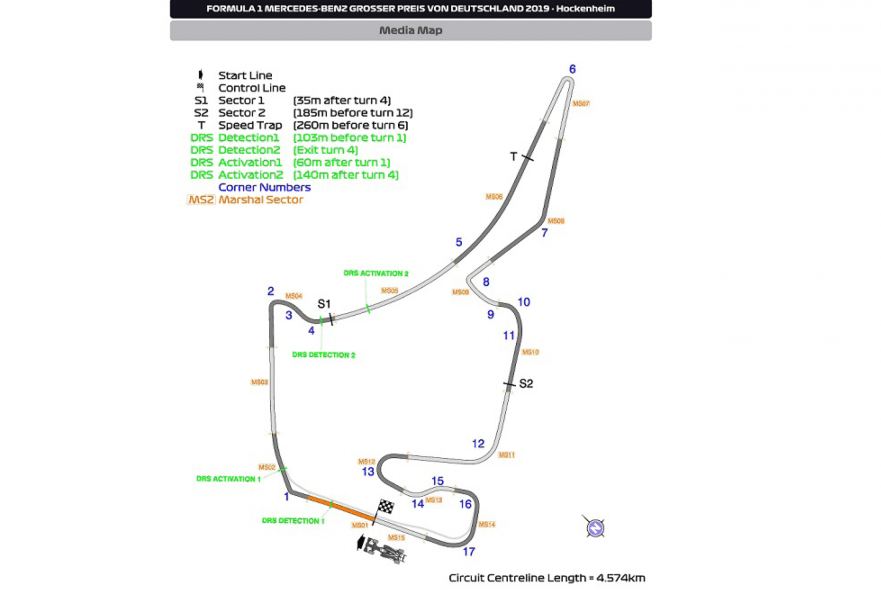 The FIA has released details of the track changes made at Hockenheim for the 2019 F1 German GP, which includes the removal of a DRS zone.

Among the other changes made at Hockenheim for the 2019 F1 German race, the FIA has confirmed the removal of the pit straight DRS zone, with this year’s event to have only two DRS zones as opposed to the three which were there in 2018.

The FIA only added the pit straight zone last year which did not receive as much criticism as the addition of a similar zone for 2018 British GP at Silverstone. For the two remaining DRS zones at Hockenheim, the first one’s detection point is 103m before Turn 1.

The FIA has added a new gate to access the grid at the vicinity of grid position 12, while the debris fence on the outside of Turn 1 has been replaced. Additionally, the barrier to the left of the track at Turn 11 and Turn 12 has been realigned as well.

They have also installed a negative kerb on the right-hand side at the entry of Turn 13. The FIA also released the names of the four stewards for the grand prix, which includes Tim Mayer, Dennis Dean, Derek Warwick and Achim Loth.

Track walk done.. 😅😅😅. A negative kerb has been installed at the right hand side of the entry of T13.#GermanGP pic.twitter.com/E0vZwaJHvs

Mercedes, Ferrari join in for Season 2 of F1 Drive to Survive Netflix show 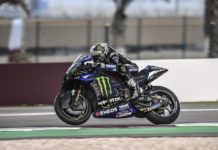