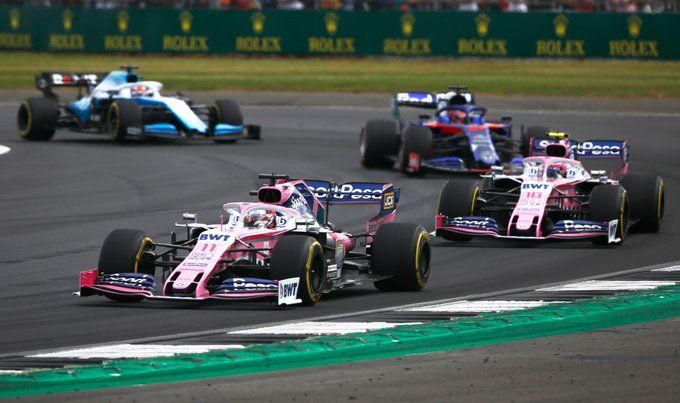 Sergio Perez and Lance Stroll have put their hopes on Racing Point’s upgrades which the they are bringing in this weekend’s F1 German GP.

It hasn’t been the best time for Racing Point so far in the 2019 F1 season as the team struggled to eke out regular points results but they are building towards a ‘b-car’, which they are to bring in before the summer break in German GP and Hungarian GP.

While officially they haven’t mentioned about the changes but they are expecting host of changes already in this weekend’s race at Hockenheim, as both drivers Perez and Stroll are pinning their hope on the historic success of the team with upgrades they bring.

“I hope Germany will be a turning point in our season,” said Perez. “I’ve been unlucky lately, especially in Silverstone last week where we deserved to get a decent result. I believe we can make some good steps with the car before the summer break.

“Hopefully our luck will change too. I believe in the work we are doing and I know it’s just a matter of time until we get back to where we belong – scoring points.” The Mexican hasn’t been as consistent like in the past, largely due to the closeness of the field.

He sits 13th in the standings with just the 13 points, while teammate Stroll is 16th with six to his name. The latter has struggled pretty much in qualifying as he is yet to make it to Q2 in the 10 grand prix races so far in 2019. He has only beaten Perez three times in the race.

“We’ve had a tough few races recently and our share of bad luck, but the mood in the team is still upbeat,” said Stroll. “There’s new stuff coming to the car this weekend so there’s going to be a lot of learning during the practice sessions.

“This team is very good at developing a car across a season and I’m optimistic we can make some progress this weekend.” Meanwhile, the team will focus on understanding the upgrades on Friday as team principal Otmar Szafnauer added:

“This weekend sees the arrival of some aero development items as we continue our push to bring performance to the track. We will use Friday for testing to hopefully unlock more speed from the car.”