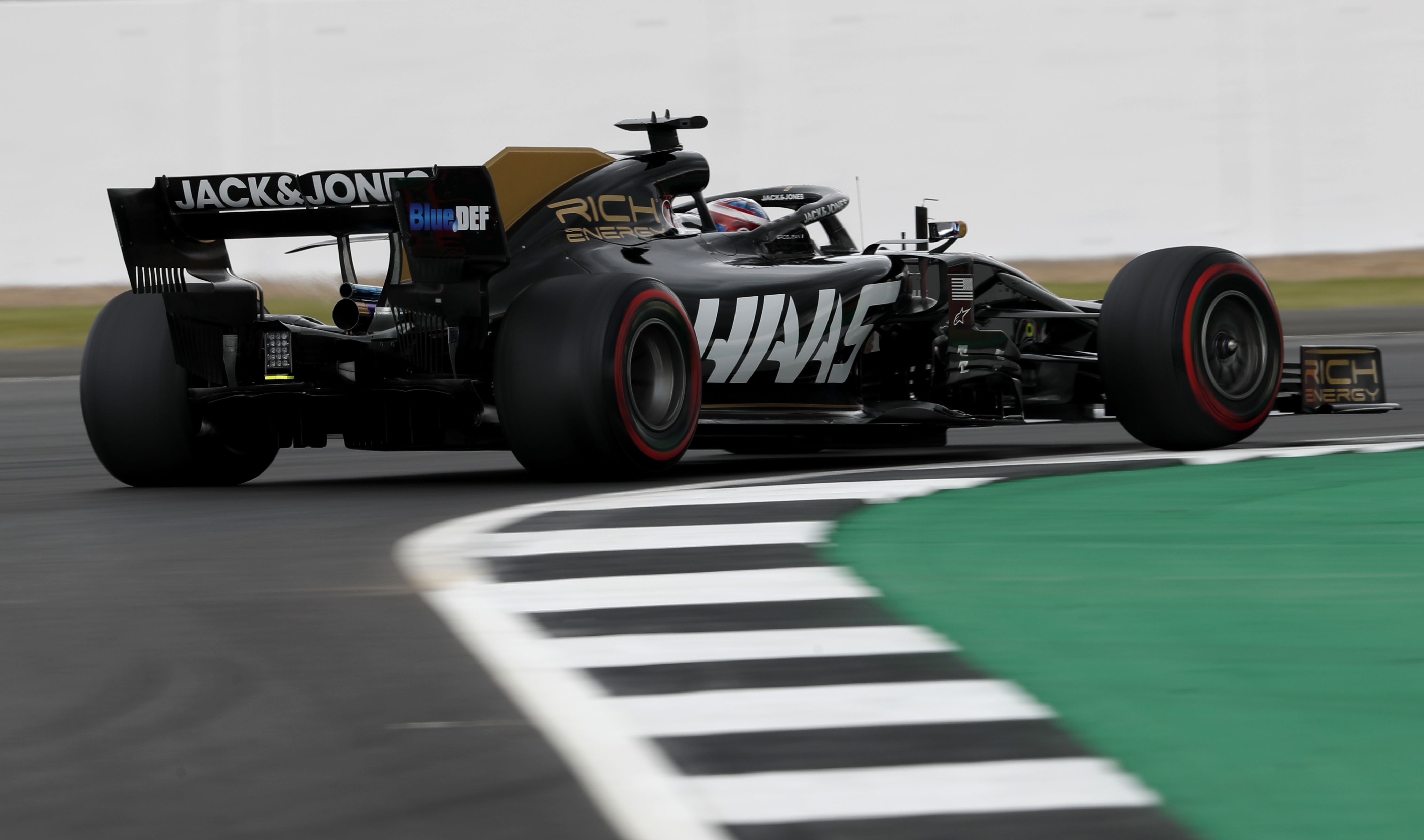 Haas F1 Team will continue to have different set-ups in German GP with Kevin Magnussen getting the upgraded one and Romain Grosjean using Melbourne’s.

In a bid to find performance and have a breakthrough from their dip, Haas decided to split their set-ups in F1 British GP, where Grosjean used the Australian GP spec, while Magnussen ran the upgrades brought in during the Spanish GP.

The Frenchman was positive with the set-up change as he qualified ahead of the Dane. The race, however, did not pan out the way they wanted it to be as the duo collided very early in the grand prix to retire. This did not help them accumulate enough data.

With two more races remaining in the 2019 F1 season before the summer break, Haas will continue with its split strategy on set-ups in this weekend’s German GP at Hockenheim, with Grosjean keeping his Australia spec, while Magnussen getting a new one.

It is a second upgrade from the American F1 outfit after Spain, which Magnussen will run. “We decided on this exercise to get data and understand better what the difference between the two cars is, good or bad, then we can see where we can make improvements.

“We weren’t sure if the update we introduced in Barcelona was better or not. We’re running this again in Hockenheim, which is a different type of track with different temperatures – they’ll be a lot higher – and, as we all know, we couldn’t get a lot of data from the race at Silverstone from either of the cars.

“We’ve changed a few parts on the car for Germany. There’s not one specific area we’re targeting. We’re just making the car, in general, better, more drivable with more downforce, which always helps you go fast.

“We’re trying to make the tires work better for us. That’s the biggest improvement we can make at the moment – getting into the window of the tire – and that’s got a lot to do with downforce,” summed up team boss Guenther Steiner.

Adding on whether this increases the work for the team at the grand prix venue and at the base, Steiner said it isn’t much but something they have to get it done anyways to eke out as much from both their cars in a tight midfield battle.

For Grosjean, he is happy to run the Melbourne spec as he certainly felt more comfortable with his old set-up than the new one. “It was a good test to do,” he said. “It was a tough call from the team, but a good test.

“When we brought the upgrade in Barcelona, I wanted to revert back on the Friday evening. For me, the feeling was not so good from the rear end, especially through medium- and high-speed corners. The feeling hasn’t been good in those corners since then.

“Going back to the Melbourne package, the car felt a lot better in those regions. It shows that something was not working as expected. Now the aero guys are looking into it, but we know it’s been our weakness. Obviously, that launch package has some limitations also.

“It has less downforce, but it has better stability.” At the same time, Magnussen felt fine with the Spain spec and is hoping the German one pushes it further for both. “We’re still looking to experiment and learn as much as possible with the issues we’re having.

“Hopefully, the upgrades we bring to Hockenheim will give us not only more answers, but also more performance. It would be pretty awesome if we could finish off the first half of the season on a high.

“But, obviously, we need to go in with realistic expectations and keep focused on our objective, which is to try and learn and understand in order to be able to perform at a high level as soon as possible,” summed up the Dane.

Meanwhile, Haas did not comment on the issues being faced by title sponsor Rich Energy – now known as Lightning Volt. A new Rich Energy company has been registered as well, but it is not clear at this juncture, regarding its livery and branding at Hockenheim.