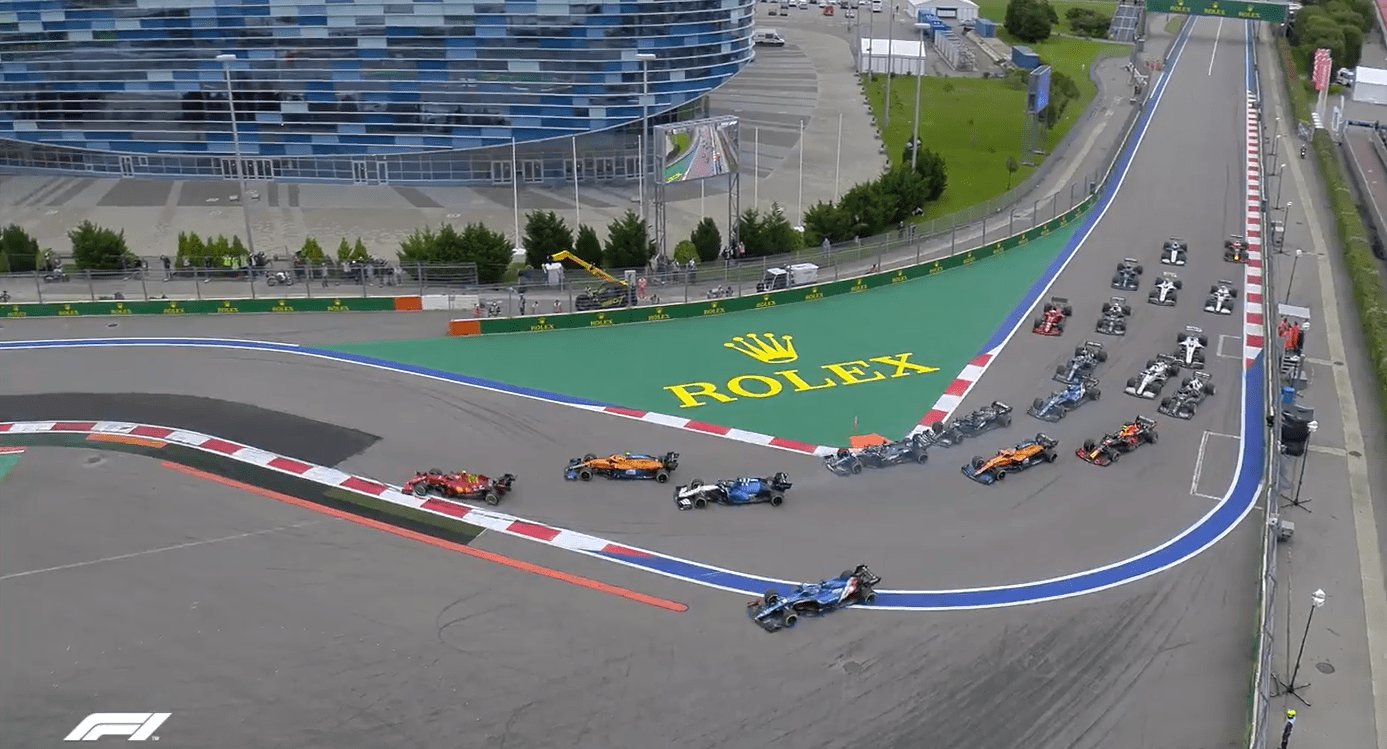 Alpine’s Alonso ran significantly wide last Sunday at the start in F1 Russian GP at Turn 2. Earlier this season, the Spaniard was none too pleased about drivers getting away such a misdemeanor, especially at the start of events when he through he was abiding by the said rules.

He spoke about it in the media wherein FIA Race Director Masi noted of how they are a touch lenient for race starts if the drivers fall back in line. In fairness, the first turn or turns at any Grand Prix can be a lottery and this can happen, Monza was another example.

In Russia, Alonso wasn’t the only driver to do such a move, but he was the first in the line to do so, going through the left side of the sausage kerb. He did rejoin on par with the front-runners but eventually dropped back which eventually saved him from a penalty.

He filtered back to where he would have been had it not occurred as the other three drivers further back did likewise. There was some cry that he got away with, but Masi clarified the situation and explained by the FIA stewards did not penalise him or others. “No, he didn’t get away with it,” he said to written media.

“If you have a look and I’ve said this a few times and the teams are well and truly aware of this. The first couple of turns at any race there are areas like that the drivers need to get back behind the driver they entered the corner behind which Fernando did.

“He did that very quickly as did the other three drivers that went off there, they all got behind the driver they entered behind. Since 2019 at Le Castellet there was request of the drivers overall and I said I’m more than happy after Sergio Perez was penalised for effectively cutting Turns 3-5 and gaining number of positions.

In fairness due to circuit layouts these days it is fairly commonplace for it to occur even at Monaco. However, it was almost like a “gentleman’s agreement” that those who ran wide dropped back. It is good to see in a way that drivers are doing it for themselves.