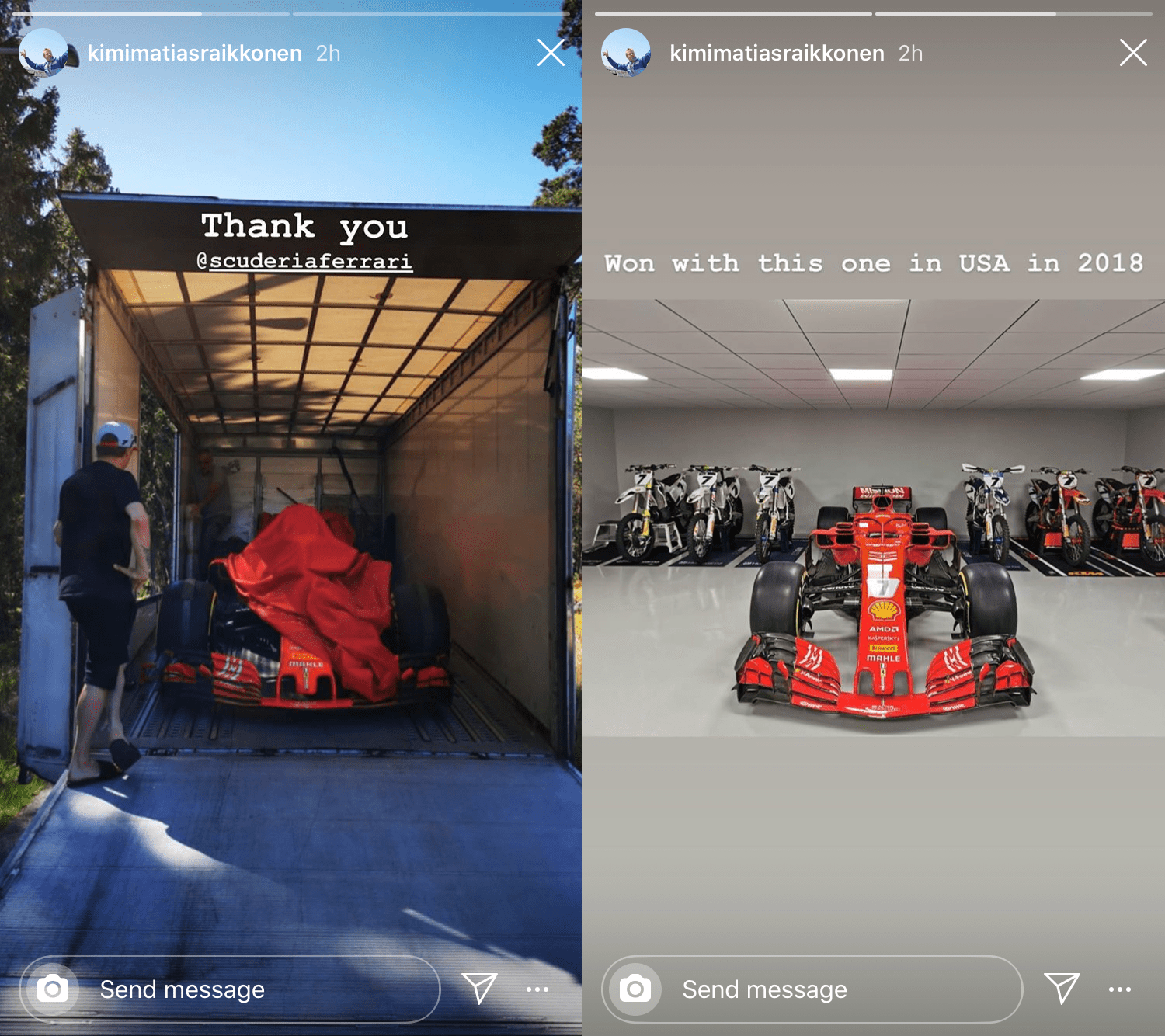 For what could be his last-ever F1 win, Ferrari has gifted Raikkonen, his 2018 US GP car, in a fine gesture by the Italian manufacturer. The SF71H was delivered at the Finn racer’s home as he released pictures of receiving it on Instagram and thanking the team.

Raikkonen won the 2018 US GP at the Circuit of the Americas after a long wait, with the 2013 Australian GP being his previous F1 victory with Lotus Renault. Having moved to Alfa Romeo Racing in 2019 and now closer to retirement, it sounds like his last top moment.

In all, Raikkonen has had 10 wins with Ferrari and 52 podium finishes, with one F1 championship. He still is the only driver to have won a drivers’ championship with the Italian manufacturer since the 2007 season.

Elsewhere, Codemasters has released the game video of the new Hanoi Street Circuit – host of the Vietnam GP. This is the first official look at the new F1 track which couldn’t make its debut on its scheduled April date due to COVID-19 pandemic.

The game video comes after Codemasters released Circuit Zandvoort’s footage, the two new additions in the F1 2020 game, which will be available to fans from July onward. The mobile version already has been updated for both iOS and Android.

Here’s the story regarding Mercedes-Toto Wolff

Here’s the footage of Circuit Zandvoort