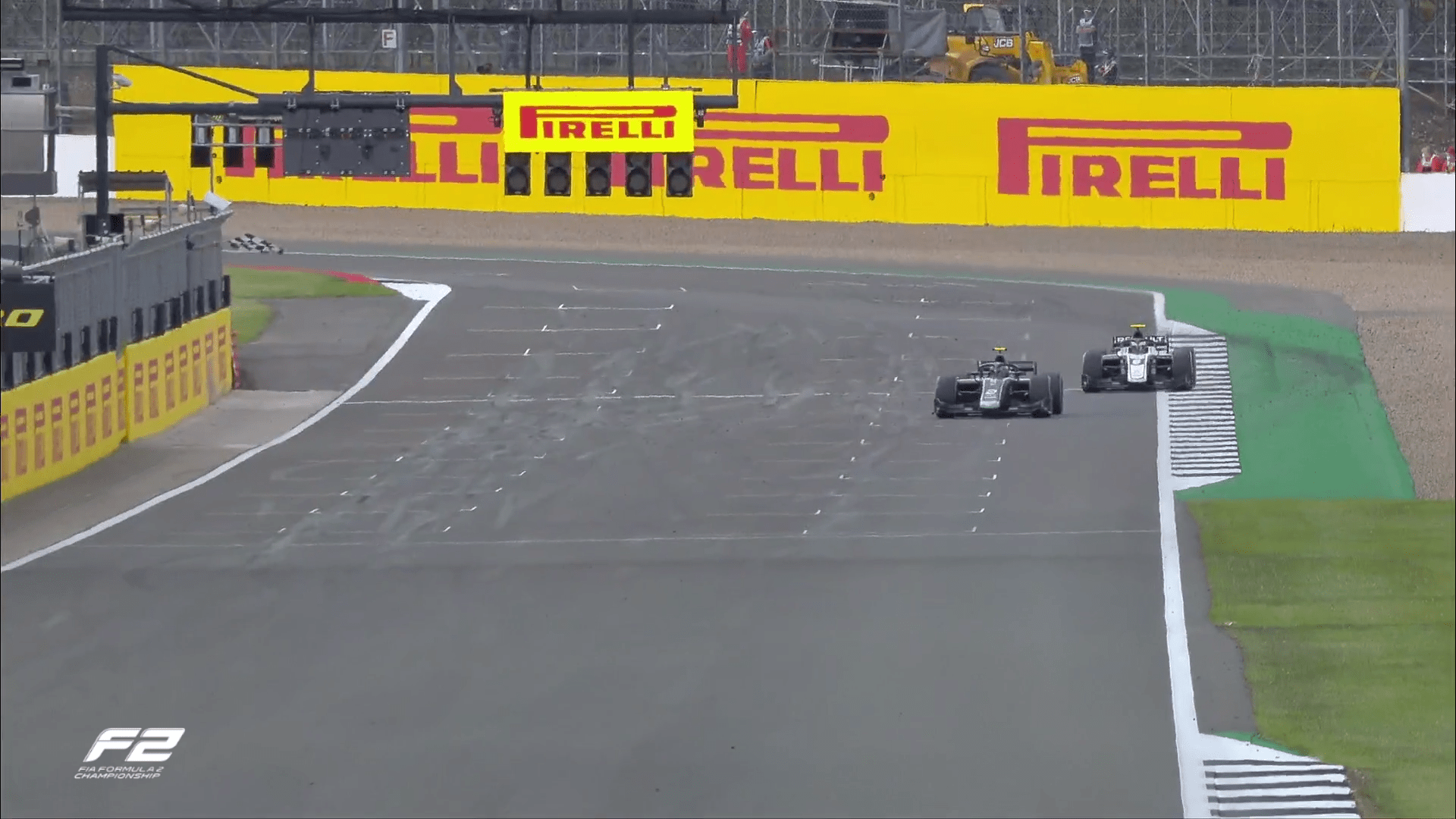 UNI-Virtuosi Racing’s Callum Ilott was fifth but he was involved in a spin with Carlin’s Yuki Tsunoda, who was forced to retire, causing a Virtual Safety Car. The Brit was handed a five seconds penalty by the stewards for causing a collision.

There was movement up the road with Ilott passing Drugovich to be fourth as the Brazilian two more places to Zhou and Mazepin, where the Chinese racer cleared two drivers at one go in the right-hander with double tow and mega grip off the racing line.

While Ticktum in control, Ilott had another charge where he passed both Deletraz and Lundgaard to be second. The Brit, though, had an anti-climax end as he spun on his own in the final corner and was forced to retire after getting on the back of the F2 leader.

The safety car deployed as multiple drivers opted to stop for fresh rubber straightaway but some did not and some were a lap late. DAMS’ Sean Gelael was forced to retire as his pit stop did not go well where the front-left was not fitted properly.

The re-start was frantic as Ticktum eventually held on the lead to score his first win in F2 at his home event without having changed tyres as Lundgaard was agonisingly close to a victory after changing the tyres but had to settle for second.

Deletraz held on to third without changing tyres as well with Daruvala making the most to be fourth after charging through the field having changed to medium. He passed Mazepin on the final lap to register his best F2 result with the Russian in fifth.

Drugovich held on to sixth along with Matsushita in seventh as Aitken scored the final point in sprint F2 race in eighth after a spin for Zhou from fourth. ART’s Marcus Armstrong rounded out the Top 10 with HWA Racelab’s Artem Markelov just outside in 11th.

But the Venezuelan was handed a stop/go penalty for being out of position at the safety car line during formation lap. He dropped to the back of the field which helped Peroni to be fourth with Prema’s Frederik Vesti jumping to fifth.

F3 points leader Oscar Piastri in the Prema went wide in the final corner while battling ART’s Theo Pourchaire. He dropped down the field and later retired as safety car was deployed to recover the stranded Charouz’s Igor Fraga’s car.

The re-start worked well for Smolyar as he formed a train of Beckmann, Novalak, Peroni and Vesti behind. The other Prema of Logan Sargeant, meanwhile, made the move on Hitech GP’s Liam Lawson, who had a failed attempt on the Dane.

MP Motorsport’s Richard Verschoor was on the tail of this battle in eighth with Pourchaire and HWA Racelab’s Jake Hughes behind, the Brit having lost places after safety car period. At the front, it was status quo situation as Smolyar seemed under control.

The Russian resisted charge from Beckmann, Novalak and Peroni to secure his first F3 win but is under investigation for breaking the two while defending at Turn 14. He was warned a couple of times during the race as well. Vesti was fifth from Sargeant.

Lawson, meanwhile, hung on to seventh as Verschoor lost eighth to Pourchaire with Hughes rounding out the Top 10 from Trident’s Lirim Zendelli.

Here’s how feature F2 and F3 races panned out