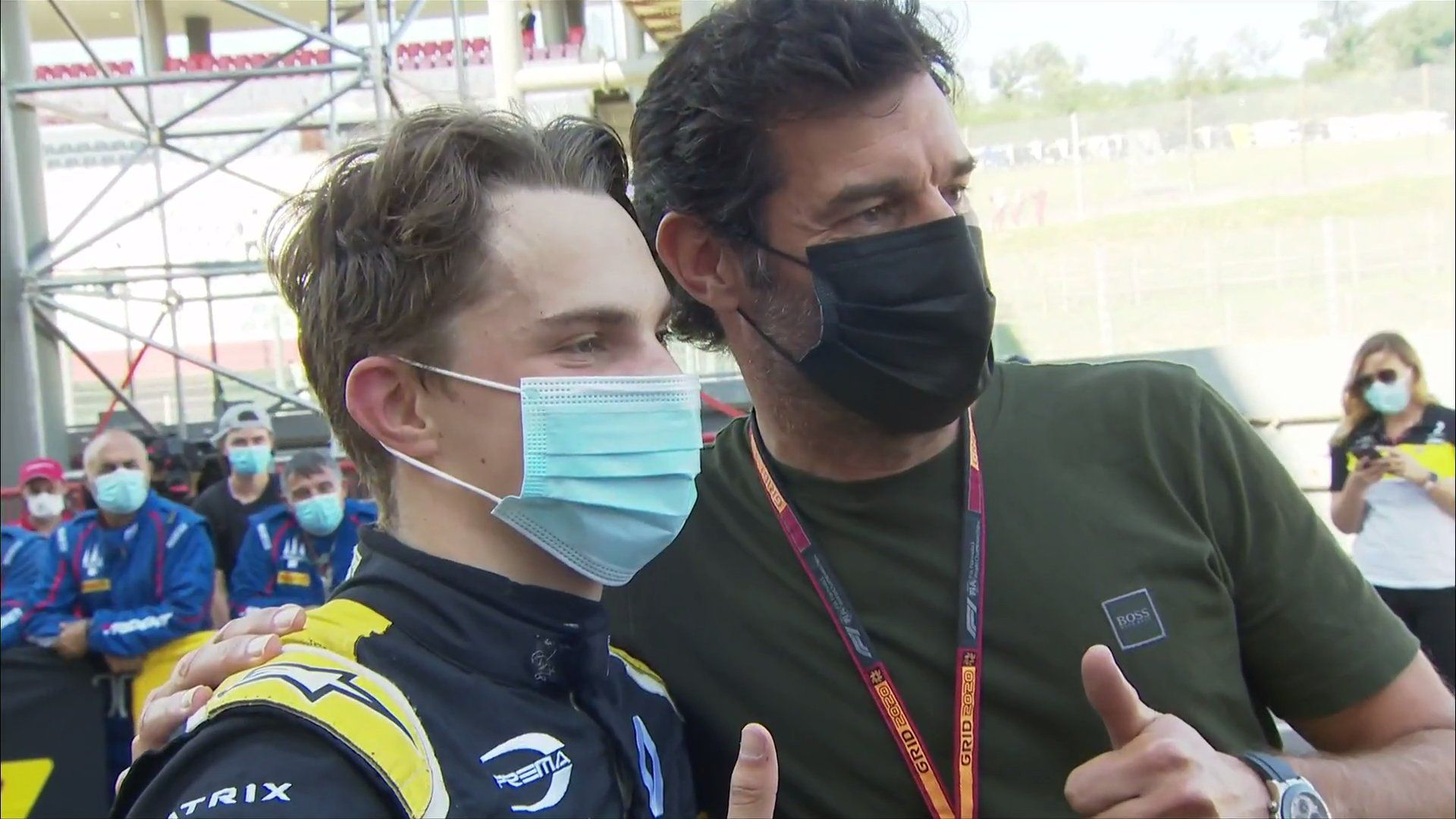 As Lundgaard led the way, Deletraz made it easy on Markelov with the Russian then having to defend from Vips and Schumacher. The train were soon joined by Ghiotto and Mazepin, who cleared not only Armstrong but also Drugovich.

There were contacts with Markelov touching wheels with not just Vips but also Ghiotto. The Russian had his front wing damaged to pit which allowed Mazepin to take advantage and get in front. The fight, though continued between Schumacher the Hitch GP drivers.

Schumacher stood fourth as Ghiotto and Mazepin tussled for track position which resulted in a collision, leaving the Italian into the gravel with the Russian continuing. The Virtual Safety Car was deployed as multiple drivers pitted for the soft compound.

Lundgaard led the way still from Deletraz and Vips as Schumacher was fourth after Mazepin pitted to change his tyres. The Russian was put under investigation along with Ghiotto as Daruvala made his way up to fifth ahead of the UNI-Virtuosi Racing drivers.

It was Guanyu Zhou on the charge after he passed teammate Callum Ilott – both having come through from outside the Top 10. The Chinese cleared Daruvala as well to be fifth. His teammate Yuki Tsunoda was forced to pit after colliding with Drugovich.

Having put the soft tyres on, Tsunoda tried a move on Drugovich but damaged his front wing, which forced the stewards to call him in. The Brazilian kept eighth as Trident’s Marino Sato climbed his way up to ninth from Shwartzman and Armstrong.

The Russian did not have a sound F2 race after multiple fights, where he had off moments couple of times. At the front, it was Lundgaard with a massive advantage of 14.3s to win the F3 sprint race at Mugello from a fighting Deletraz and Vips.

The Estonian had his first podium in F2 as points leader Schumacher managed to hold off Zhou for fourth with Ilott passing Daruvala for sixth, with the Indian just managing to secure seventh by 0.037s from Sato, who was flying on the soft tyres.

The Japanese scored his first points in F2 in eighth with Shwartzman ninth and Trident’s Roy Nissany rounding out the Top 10. Mazepin, meanwhile, was handed a 10-second penalty for causing collision at Turn 1 which forced Ghiotto to retire.

Reverse-grid pole-sitter Hitech GP’s Liam Lawson led the way nicely at the start of the 2020 F3 finale at Mugello with ART’s Aleksandr Smolyar in second but it was drama involving his teammate Sebastian Fernandez and Prema’s Logan Sargeant and Trident’s Lirim Zendeli.

Fernandez went slightly off in the Turn 1 right-hander and while returning back, he tangled with Sargeant, who got sandwiched with Zendeli on the right – thereby ending the chances of the American to win the F3 title unless others also crashed out.

The safety car was deployed as Lawson led the way on re-start from Smolyar and Trident’s David Beckmann as other contenders saw ART’s Theo Pourchaire picking on Prema’s Oscar Piastri, with the Australian dropping to far end of the Top 10.

Pourchaire was, meanwhile, picking his F3 rivals one by one to be fourth, with Piastri getting his pace back as he followed his teammate Frederik Vesti. At the front, it was Lawson who checked out his competition to win the final race of the 2020 season.

The Red Bull junior was fifth overall in the standings as Beckmann ended up second in the race with Pourchaire completing the podium but unable to take the F3 title away from Piastri. The Australian finished seventh after he cleared Fernandez on the line.

The Renault junior – supported by Mark Webber – took the championship with 164 points to Sauber Academy Driver Pourchaire’s 161, with Sargeant ending up third with 160. Behind the podium slot in the sprint F3 race had HWA Racelab’s Enzo Fittipaldi in fourth.

The Brazilian registered his best result with MP Motorpsort’s Richard Verschoor fighting back to fifth ahead of HWA Racelab’s Jake Hughes, Piastri, Fernandez, Vesti and Smolyar in the Top 10 points scoring positions.

Here’s how feature F2 and F3 race panned out