Home F1 F1 teams select one driver each from Pro Draft for 2019 ESports... 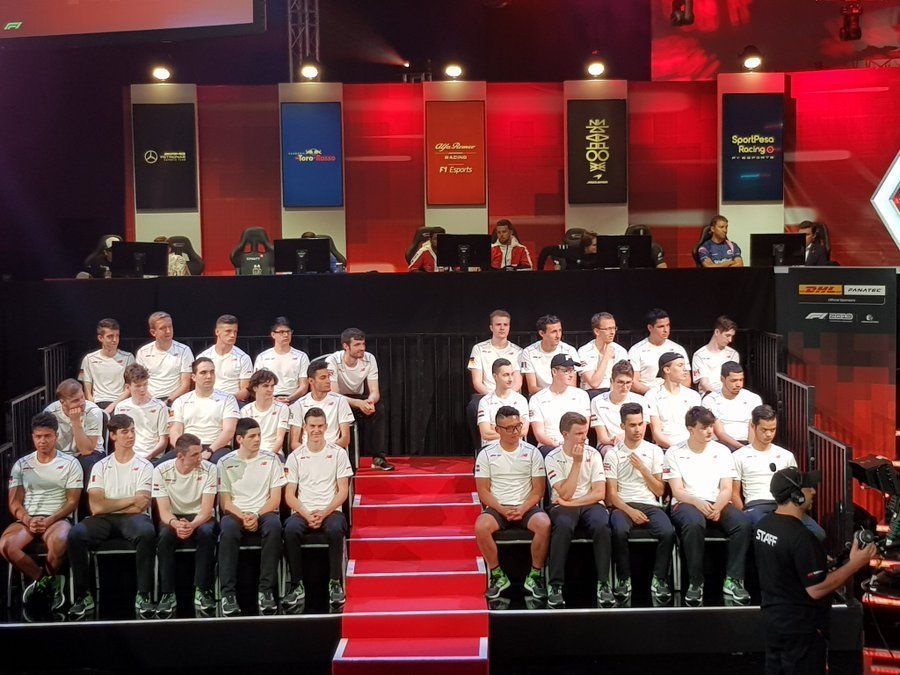 The 10 F1 teams have selected one racer each from Pro Draft held in London for the 2019 ESports series to kick-start in September.

After a grueling online selection, 30 gamers made it into F1 ESports series Pro Draft event, held on Wednesday in London’s Gfinity Arena – where the 2019 championship will take place from September onward for four rounds to crown the drivers’ and teams’ champion.

From the 30, only 10 were to selected by the F1 teams to complete their driver line-up, meaning 20 racers were to return empty handed. Most of the teams already announced few of their selected racers to take part in the 2019 ESports championship.

For the first time though, all the 10 teams are competing for the titles, with Ferrari joining in through the driver academy and the Italian manufacturer were the first to pick in the lot as they went for their native ESports racer, David Tonizza.

Haas were next up as they went for Dutchman Floris Wijers, with Williams then going for Brit Issac Price, followed by Red Bull Racing choosing French-Italian Nicolas Longuet and Racing Point then taking up Brit Lucas Blakeley.

Next up were McLaren Shadow with Lando Norris – who was also doing pundit work – taking up Dutchman Allert van der Wal, as Alfa Romeo/Sauber then picked up Swede Kimmy Larsson, with Toro Rosso going for Italian Manuel Biancollila.

The final pick was for reigning champions Mercedes as James Vowles took in Australian Daniel Shields. The chosen 10 will now join the already selected racers by their teams, with only two to represent a particular outfit for one race.