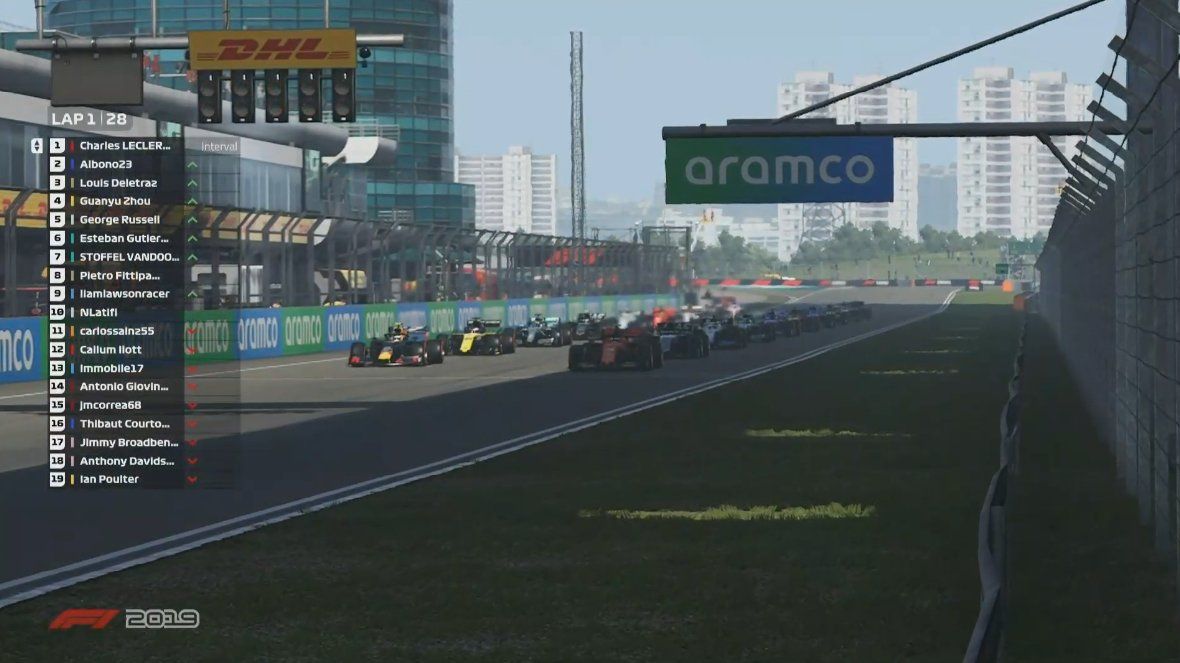 F1 has announced the details of the Dutch Virtual GP which will take place on a different circuit with host of drivers along with cricketers and footballers.

The weekend originally scheduled for the return of the Dutch GP at Circuit Zandvoort will host the F1 Virtual GP albeit on Interlagos circuit in Brazil, as the 2019 Codemasters’ game doesn’t feature the Netherlands track, similar to how it was with Vietnam.

Fans were asked to decide the circuit and they chose Interlagos for the 28-lap race which will air on May 3 from 18:00 BST on various social media channels of F1 along with selected broadcasters on TV – the show presented from Gfinity Arena.

It is unclear if Norris will play or not as for the last three Virtual GP, the Brit has had one issue after the another and hasn’t manage to start the race. At the same time, he won in iRacing IndyCar Challenge on debut and is expected to race at Indianapolis this weekend.

Teammate Carlos Sainz made his debut in last Virtual GP but hasn’t been named so far. Among others, Ben Stokes returns to compete alongside Albon at Red Bull and he will have his England cricket teammate Stuart Broad, representing AlphaTauri.

Broad will be joined by another debutant at AlphaTauri, A.C. Milan captain Alessio Romagnoli. At the same time, Renault has confirmed Christian Lundgaard alongside rally legend Petter Solberg – the latter also making his debut.

Ferrari, meanwhile, has put Enzo Fittipaldi beside Leclerc with Racing Point continuing with Jimmy Broadbent and getting David Schumacher – son of Ralf – onboard. Aside the usual Virtual GP, an F1 ESports Exhibition race will take place as well on the same day from 17:00 BST onward, featuring the professional sim racers of the respective teams.

UPDATE: A day after the Virtual GP announcement, Haas noted that Louis Deletraz and Pietro Fittipaldi will continue to race for the team like Juan Manuel Correa at Alfa Romeo. McLaren, meanwhile, confirmed Norris for the event alongside Jelly with no Sainz this time.

More names will be added when confirmed