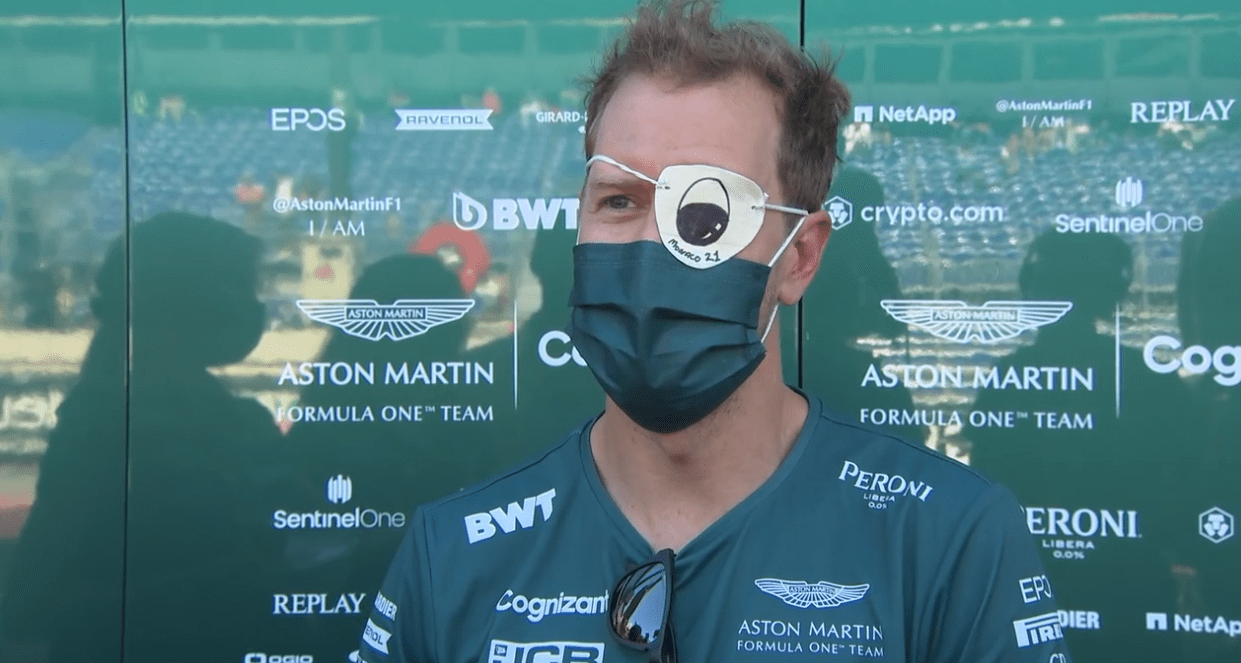 The Thursday in F1 Monaco GP had quite the jump from Ferrari in the top league, as Sebastian Vettel faced an unique issue and more.

While Mercedes and Red Bull remains as the usual suspects for F1 Monaco GP weekend, Ferrari showed their hand nicely, whereby they ended up 1-2 in FP2 with Charles Leclerc leading Carlos Sainz, after Sergio Perez was fastest in FP1.

The slow speed corners is certainly helping Ferrari to show their good pace, something which is not only instilling confidence in their F1 drivers, but their rivals have also noticed it and are wary of their pace, especially going into qualifying and the race.

It almost seemed like Leclerc’s Monaco curse is still there after the Monegasque faced a gearbox issue in FP1. He came back well in FP2, as the pace surprised him too. “It was quite a surprise to have the day end so well, after we had a difficult start this morning,” he said. “It’s important to do as many laps as possible, especially here in Monaco, and with the issue we had in FP1 I only completed 4 laps.

“In FP2, I felt at ease with the car and we may even have a bit of margin there to improve. But we shouldn’t get too carried away, because I am convinced that our competitors have more in hand,” summed up Leclerc, as teammate Sainz managed to show pace in both the sessions. The Spaniard is hoping for a clean run to score good.

Among their F1 rivals, Mercedes had a mixed bag with Lewis Hamilton managing to do well, while Valtteri Bottas struggled with one lap pace. The former takes Ferrari as a competition too alongside Red Bull. “The Ferraris look really strong, which is great, it means more competition,” he said. “The grip on this track is really high this year, they’ve redone the surface so there’s a lot of grip.

“The car is good, we’ve made some decent steps with the balance so generally I’m very happy. I’ve got some changes I’ll make this evening as we analyse and come back well on Saturday,” summed up Hamilton, as Bottas added on his front-end issues.

“I’m lacking some front end on this F1 circuit,” said Bottas. “We’ve had similar issues at other tracks, mainly in mid-corner but here, it’s all slow-speed corners and if you don’t have a good feeling at the front, you can lose time easily. Our car also feels quite stiff on the bumps and cambers in the corners which we’ll look into.”

From Red Bull side, both Max Verstappen and Sergio Perez, felt the team took a step backwards in FP1 after small changes between the sessions. They will look at the data overnight and try to balance it out, to be in a better shape for Saturday.

“It of course feels good to be back out on track in Monaco and although we did quite well in FP1, this afternoon’s session was tricky and I would have hoped that we could have been faster,” said Verstappen. “We were too slow in FP2 and we really need to find some pace because everyone has traffic, you have to look to optimum lap times and optimum sectors and we were quite off.

“I usually feel quite comfortable in the car but that has not come yet this weekend,” he summed up, as Perez echoed his sentiments, while adding about the pace of the Ferraris. Looking at the Italian manufacturer’s direct rivals, McLaren, it was a mixed run again.

While Lando Norris managed to show some pace, Daniel Ricciardo was a bit behind, but his lap was compromised by traffic. The Brit, in fact, added that he texted Sainz to wish him well for a win in Monaco before the F1 weekend, knowing their pace.

“I don’t think the Ferraris are surprising from what we know,” said Norris. “Maybe from a spectator point of view, they don’t get to see everything that we see, all the onboards and the data and stuff. We knew they were going to be very fast. I texted Carlos before the weekend to say you’re going to be very good this weekend, you’re going to have a chance to win.”

McLaren seemingly is in a mix with the likes of Aston Martin, AlphaTauri, Alpine and Alfa Romeo in Monaco – they are ahead still, but qualifying will be key. Among them, AlphaTauri had a good showing, especially from Pierre Gasly’s side, who felt confident about the situation, while Yuki Tsunoda’s day was cut short after a brush with the barrier.

For Aston Martin, Sebastian Vettel seemed to be a better shape, with double Top 10 result, while Lance Stroll was just outside. The German had a moment in FP2, where he complained of something in eyes, which led to him crying in the cockpit.

Post-session, he was moving around with a ‘eye patch’ on his left eye, that his F1 mechanics gave him. “I don’t know what was going on,” said Vettel. “I had the first runs and something got into my eye, and then it got worse on the second run. It wasn’t bleeding, but I said [on the radio that] either I’m emotional, or something else is going on because it was just tears and tears and I was blinking the whole lap.

“Not ideal on a track like this. So the team was quite nice and they made me this. I probably think I’ll keep that and it will keep me safe for the rest of the weekend. I got into a rhythm quickly. As usual, it is very close in the midfield, which means getting everything perfect on Saturday afternoon, and being lucky with the traffic, is what matters.”

Moving on to Alpine, both Fernando Alonso and Esteban Ocon, ended up outside the Top 10 in both the sessions. The Frenchman felt there was more left in him than what he managed to show in the sessions, while the Spaniard was content with his running.

For Alfa Romeo, it was one car each in the Top 10, with Kimi Raikkonen doing so in FP1 and Antonio Giovinazzi in FP2. Both felt comfortable with the F1 car, but added that it will be close on Saturday, which is when it will matter the most, being in the Top 10.

At the back, Williams and Haas fought it out, with the Grove-based F1 outfit doing a decent job, with both George Russell and Nicholas Latifi satisfied with their run. Among the Haas duo, Nikita Mazepin finally managed to beat Mick Schumacher in both the sessions.

The Russian felt much better in the car and noted the confidence was there straightaway. It was similar for the German, but for that wall brush late in FP2, which happened after he was caught out by Perez’s dirty air, as Haas team boss noted.

“On our last run in FP2 we had a small issue but even that I think is just part of the deal in Monaco,” said Schumacher. “There’s no room for mistakes, I made a small mistake, and that’s what happened. Now I know the limit and how far I can go. I do feel we’re making progress as a team.”