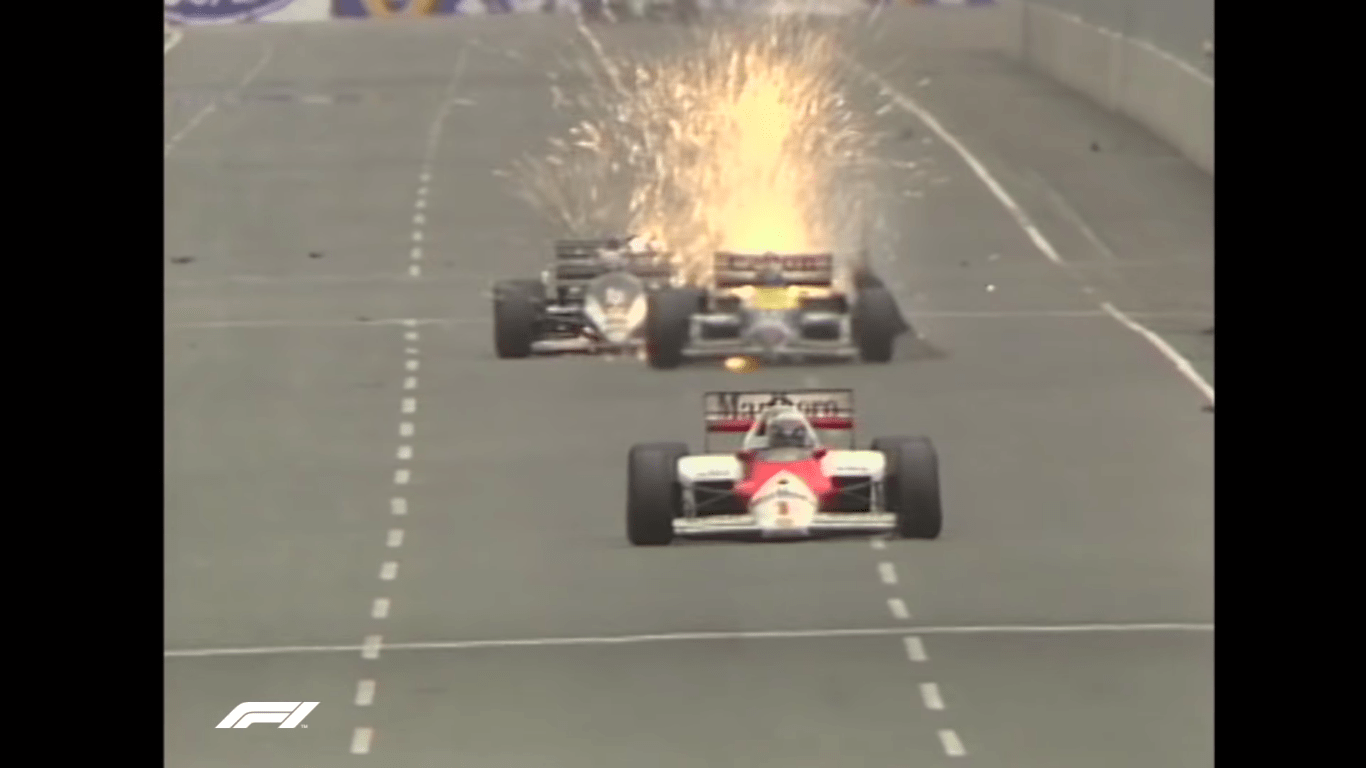 With COVID-19 pandemic raging on, we are back with another list after our other articles as here we have ‘F1 Commentators’ Calls’ for English commentary.

From Gilles Villeneuve and Rene Arnoux battling in France to Michael Schumacher crashing out of the 1997 European GP, F1 history books are littered with iconic on-track moments, and many of these moments have equally iconic commentary as the soundtrack.

Incredible commentary can bring extra life to a moment, and convey intense emotion to the audience. So, to commemorate some of these most memorable calls, we at FormulaRapida.net decided to compile a list of broadcast calls that are constantly recalled and repeated among the F1 fandom.

The list is not ranked but we have five of the memorable ones at the top while we went with few under mentions. These are all in English from the global F1 feed with another one to be done noting some of the best calls from regional commentary – we added video links wherever possible:

‘And look at that! Colossally, that’s Mansell!’ – Murray Walker

In the 1986 Australian GP, Nigel Mansell looked to have the championship in hand as he crossed the line to start Lap 63 of his race. However, things changed for him on that very same lap. Shortly after Keke Rosberg retired, Mansell’s Williams’ tyre exploded dramatically, prompting F1 commentator Murray Walker to say one of his most famous lines: ‘And look at that! Colossally, that’s Mansell!’.

The iconic image of Mansell’s Williams sparking with shredded rubber flailing on the left-hand side of the car is now synonymous with this line from the legandary Walker, dubbed one of his ‘Murrayisms’. It transpired that the Brit lost the title to Frenchman Alain Prost, all because of the tyre failure.

Here are the race highlights: https://www.youtube.com/watch?v=WZFtIclOdYg

‘Stand up wherever you are, because this is a very magical moment’ – James Allen

So as Schumacher came around the final few corners at Magny Cours that year, commentator James Allen said the following: “Stand up wherever you are, because this is a very, very magical moment. You will remember where you were the day you saw a racing driver become a five-time world champion.” Allen was right, we remembered that image. But equally, we remembered his now-famous call.

Perhaps the most famous on this list, Martin Brundle’s excited inquiry, in tandem with Allen’s equally excited response, will forever live on as one of the greatest moments in F1’s storied history. With the title hinging on McLaren’s Lewis Hamilton’s finishing position after Ferrari’s Felipe Massa had won the race, and Toyota’s Timo Glock slowing down dramatically in the third-to-last turn of the final lap during wet 2008 Brazil GP at Interlagos, the somewhat mundane-looking overtake decided the F1 drivers’ title in Hamilton’s favor and was undoubtedly brought to life by Allen and Brundle.

We mentioned above that there were going to be some ‘modern classic’ lines in this list, and this is one of them. After two hours of attacks from rivals, Charles Leclerc won on his team’s home turf at the 2019 Italian GP, to deliver the Tifosi something to celebrate about, after years of a Ferrari drought at Monza.

And on a day where the Monegasque stole the hearts of the devoted Ferrari fandom, even the impartial David Croft couldn’t help bus scream when Leclerc crossed the line, yelling out, ‘He won in Spa, HE WINS IN MONZA!’, referring to the Monegasque’s victory in Belgian GP in the previous weekend.

Here are the highlights of that race: https://www.youtube.com/watch?v=h-ce3gPMsGc

Of the lines on this list, ‘Out goes Schumacher!’ is the mode. By that I mean, it is applicable to two moments in F1’s history, one being the 1994 Australian GP, and one being the 1997 European GP at Jerez. In both of these cases, Schumacher was leading his title rival by one point heading into the final round of the season, and in both of these cases, he intentionally collided with his title rival, to varying degrees of success.

Also a common thread between both of these incidents was Murray Walker’s now-iconic one-line reaction: ‘Out goes Schumacher!’. Albeit in the 1997 incident (which can be seen below), Walker included the German legend’s first name as well.

Here’s where you can watch the 1997 incident: https://www.youtube.com/watch?v=EOdaLAa-HoY

Honorable mentions that missed the cut:

‘We’ve got a lunatic on the track!’ – James Allen

In F1, they tell you to expect the unexpected, but even James Allen was audibly shocked when he witnessed priest Neil Horan running down the Hangar straight in the 2003 British GP at Silverstone. Now a commonly referenced line due to its inherent absurdity, the British commentator yelling into the microphone, ‘We’ve got a lunatic on the track!’ is ingrained into the memories of all those who follow Formula 1 closely.

Here’s where you can see the clip: https://www.youtube.com/watch?v=rHa4q5pQU3g

‘It is redemption day for Daniel Ricciardo!’ – David Croft

Winning the Monaco GP will always be emotional. But especially so when you have held onto the lead despite losing 25 percent of your horsepower, which is exactly what Red Bull’s Daniel Ricciardo did in 2018, where he was desperate to win after 2016 disaster. With 50 laps remaining in the race, the Australian lost part of his electrical power, and yet he managed to defend against a faster Ferrari’s Sebastian Vettel behind.

The win was made especially emotional by the fact that he had lost a potential win at the race two years earlier – something that Croft was referencing to when he made the call, ‘It is redemption day for Daniel Ricciardo!’ as he crossed the line, concluding a stunning drive.

Here are the highlights of that race: https://www.youtube.com/watch?v=0lj6Q9gN4RQ

In case you have more memorable calls which you think we missed and should have added, let us know in the comments and watch out for the regional list next week.

Here’s the list of the best duels from the 1990s decade if you missed: https://formularapida.net/f1-duels-five-of-the-best-ones-from-the-1990s-decade/

Here’s the list of the best duels from the 2000s decade if you missed: https://formularapida.net/f1-duels-five-of-the-best-ones-from-the-2000s-decade/

Here’s the list from of the best duels from the 2010s decade if you missed: https://formularapida.net/f1-duels-five-of-the-best-ones-from-2010s-decade/

Here’s the list of F1 One-Offs from 1950 until 2010s decade if you missed: https://formularapida.net/f1-one-offs-list-of-drivers-with-sole-win-podium-pole-more/