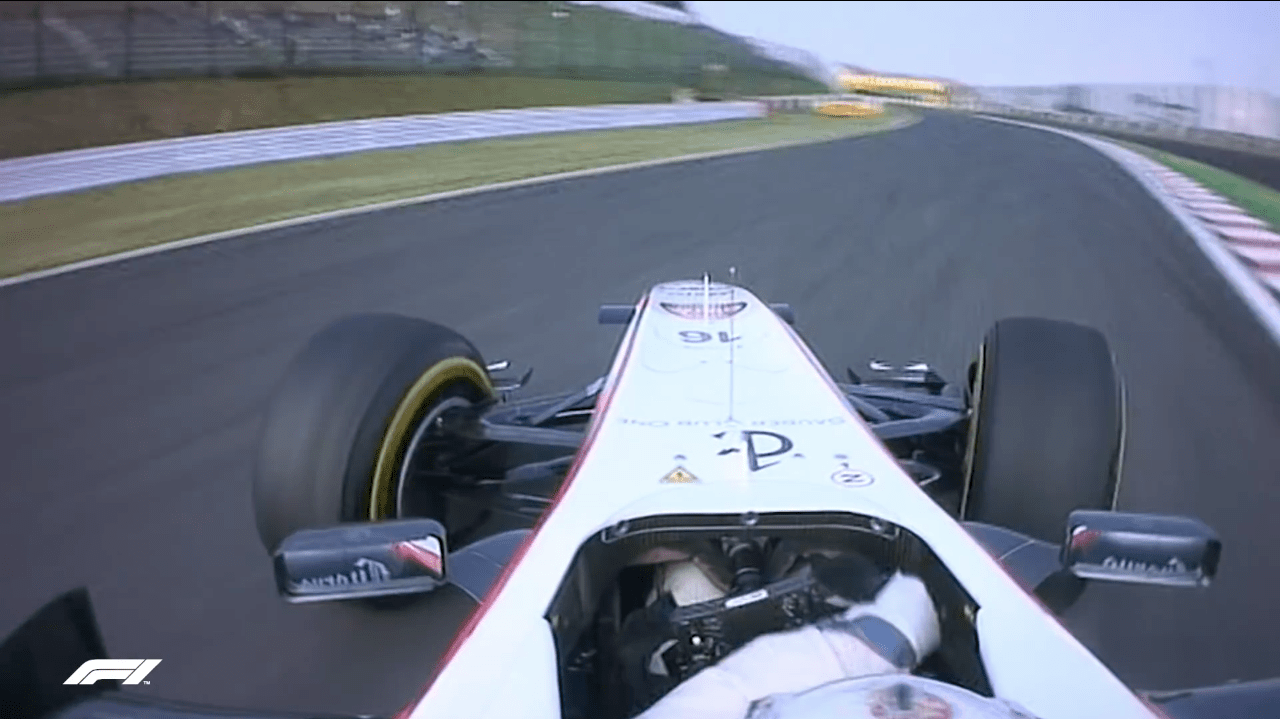 With COVID-19 pandemic raging on, we are back with another list after our F1 Duels articles as here we will look at the might saves from 1990s to until now.

Due to the on-the-edge nature of driving in F1, it’s inevitable that things will go wrong when driving. However, what isn’t so certain is that something going wrong has to result in a crash, or even a significant loss of momentum.

While difficult to pull off, it is entirely possible to save a car that has lost grip, and throughout F1 history, there have been some truly incredible examples of drivers doing precisely this, whether in dry conditions or wet or mixed.

So, as part of FormulaRapida.net’s ongoing series of longer-form list content here – which started with F1 Duels – we’ve decided to compile a catalog of some of the best saves under ‘F1 Saves’ over the past 30 years – considering the data stretch from before, we are only listing saves from 1990s until 2019.

In his hot pursuit of Benetton’s Michael Schumacher at the 1995 Canadian GP at Circuit Gilles Villeneuve, Ferrari’s Jean Alesi was leaving nothing on the table. He was pushing so hard, in fact, that as he downshifted heading into one of the turns, he locked up his rear tyres. While it may not look as dramatic as other saves on this list, very rarely is a driver able to correct and recover from an incident such as this and then go on to win the race.

In what was an error-heavy Chinese GP for all drivers on the grid, McLaren’s Lewis Hamilton had a rather impressive save in the pouring rain at Shanghai. Admittedly, the Brit was unable to prevent a spin from occurring, but once he had rotated 360 degrees, he was able to recover the car before it spun further, or hit the wall, to finish sixth.

Here’s a highlight of the race: https://www.youtube.com/watch?v=Qb8xwIq39nA

Ferrari’s Schumacher is one of few drivers to appear twice on this list, such was his impeccable car control, which the German quickly became famous for. And one performance that cemented his reputation as a great in this area was in the qualifying for the 1996 Argentine GP at Autodromo Oscar Alfredo Galvez.

Watch his lap, and while there is no one moment where the car slides and he corrects, but rather a series of endless saves, which take place at almost every turn, making it worthy note as he went on to qualify second.

When racing in Monaco, the room for error is minimal, and when a car loses grip, its particularly important that it is collected quickly. Nobody understood this better than Gerhard Berger in qualifying for the Monaco GP in 1995. Out of Casino, the Austrian driver was quick to apply the throttle, and he was forced to apply opposite lock, the resulting spectacle has become synonymous with racing in the era, as he qualified fourth in his Ferrari.

As he exited a high-speed corner at a rainy Hockenheim in the 2018 German GP, Alfa Romeo Racing’s Charles Leclerc stunned the grandstands by losing the rear end after taking too much kerb, and then miraculously recovering, completing a perfect 360 degree spin, much like Hamilton’s aforementioned 2009 save at China.

Here’s where you can see the save: https://www.youtube.com/watch?v=gp-i8vtgzJE

In the 2007 Turkish GP, McLaren’s Fernando Alonso was desperately chasing down BMW Sauber’s Nick Heidfeld, when his car – and very nearly his whole race – went sideways upon entry into the first turn. Luckily for the Spaniard, he was able to slide his car around as if he were racing a WRC car. While not a high-speed snap, this recovery was truly stunning to watch as he managed to clear Heidfeld and finish on the podium in third.

Overshadowed by multiple saves from the Dutchman so far, Max Verstappen’s 2014 save at Interlagos is somewhat of a hidden gem. In his Toro Rosso, Verstappen got sideways at Turn 11, and his car was perpendicular to the apex of the turn. However, he got the car to face the right direction, and fully recovered it, to the shock of many.

Famous for its high speed, Suzuka’s 130R has had its fair share of impressive moments, like when Leclerc took it one-handed, or when Alonso overtook Schumacher around the outside. However, one of the craziest moments remains when Sauber’s Kamui Kobayashi recovered from a near-spin having lost grip on a qualifying lap. Even years later, the save remains one of the greatest in all of F1.

Here’s where you can watch the save: https://www.youtube.com/watch?v=bGv3k3K_rcQ

Red Bull Racing’s Verstappen truly proved his worth with a killer wet-weather drive at Interlagos in 2016. However, the brilliant campaign very nearly ended prematurely that year, as the then-19-year-old got sideways as he neared the end of the lap. Incredibly, though, he was able to prevent a full pirouette at the 15th turn, and got away from the whole thing unscathed.

Here’s where you can watch whole of his drive: https://www.youtube.com/watch?v=JO3q69x2sXA

The final turn at the Red Bull Ring in Austria has proven to be a difficult one, for similar reasons to Suzuka’s aforementioned 130R. The turn – which cars often run wide on – breeds dramatic snaps of oversteer, and in many cases drivers are able to recover. However, never is it in such an incredible fashion as was the case with Ferrari’s Schumacher in qualifying for the race in 2003.

Despite two separate snaps of oversteer as he got onto the kerb, Schumacher held on to the car, stunning anybody who was watching. The German not only took pole but also went on to win the grand prix by over three seconds.

Some honorable mentions which missed the cut:

Nelson Piquet – 1986 Hungarian GP (just one exception as this was a cool save to be missed):

In what is now a famous overtake, Williams’ Nelson Piquet passed Lotus’ Ayrton Senna down the inside in 1986 Hungarian GP at Hungaroring, and applied full opposite lock as he did it. Rumor has it he directed a certain unfriendly hand gesture towards his Brazilian rival.

Not included on our list because – technically speaking – it wasn’t a save, Red Bull’s Sebastian Vettel’s ‘damage prevention’ maneuver was incredible to witness. Exiting the final turn at the Hungaroring, The German spun, and slid across the track. However, he was able to collect the car and prevent it from making damage-causing contact with the wall, even if he technically did graze it.

That’s it for our F1 Saves segment – hope you have enjoyed it. But before that let us know some of your favorite on-track driver battles in the comments section from the above era – if we get some good ones, we may do a special fan list.

Here’s the list of the best duels from the 1990s decade if you missed: https://formularapida.net/f1-duels-five-of-the-best-ones-from-the-1990s-decade/

Here’s the list of the best duels from the 2000s decade if you missed: https://formularapida.net/f1-duels-five-of-the-best-ones-from-the-2000s-decade/

Here’s the list from of the best duels from the 2010s decade if you missed: https://formularapida.net/f1-duels-five-of-the-best-ones-from-2010s-decade/