Home In the Spotlight Espargaro says Marquez did what any rider would; the Honda rider adds 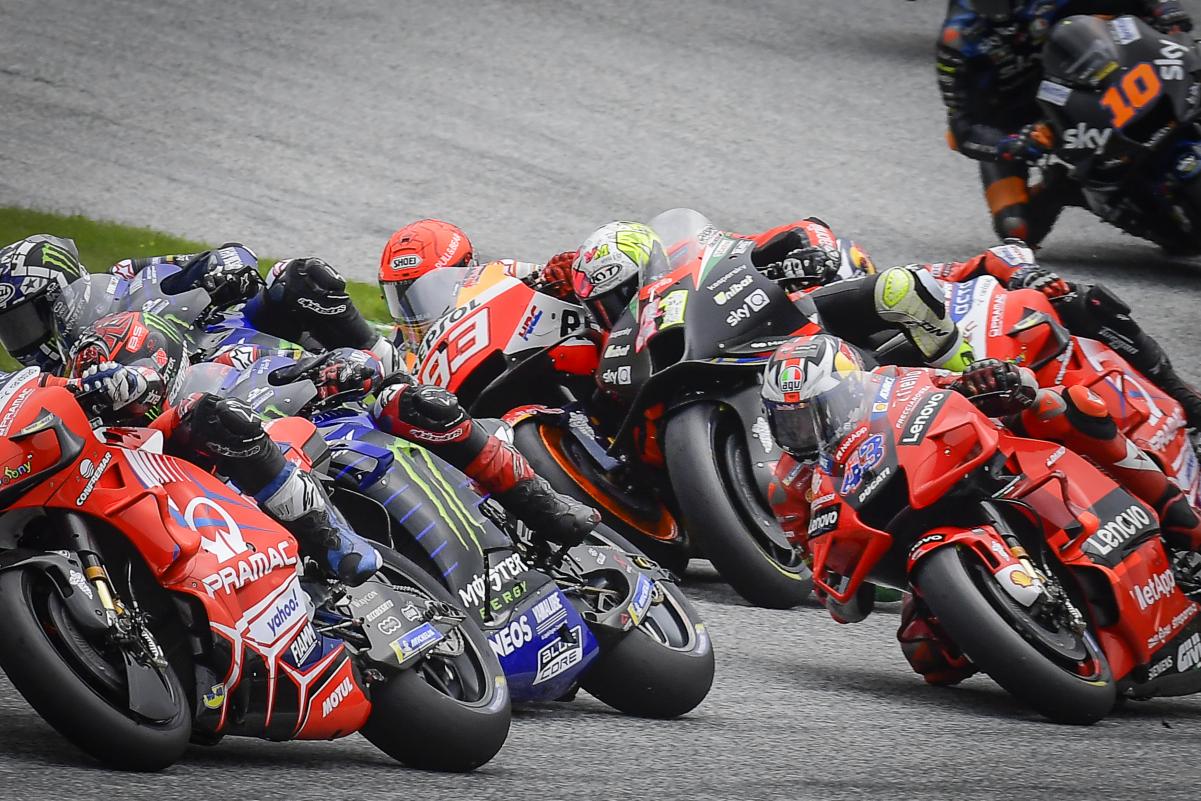 Aleix Espargaro says what Marc Marquez did in Styrian MotoGP race, any rider would have done, as the latter shares his view on the incident.

There were two starts in Styrian MotoGP race and twice Aprilia’s Espargaro and Honda’s Marquez came together in the opening few corners. The first time had the latter barge his way through on the inside in the right -hander, putting off the former.

The second was more in the run-up to the same right-hander, with Marquez in the middle, Espargaro on the outside and Yamaha’s Fabio Quartararo on the inside. Both the moves irritated the Aprilia MotoGP rider, but more so at the stewards than the rider.

He thought, it is on the stewards to penalise and stop riders from making such aggressive moves, as be it Marquez or anyone else, they would try to barge through when fighting for track position. “I won’t blame him, Marc is Marc,” said Espargaro to written media.

“Every race he does overtakes like this for the last ten years. What I want to blame is the Stewards panel. I don’t know, maybe they were watching the last day of the Olympics. It’s tricky to understand. Marquez decides whatever actions he does during the race.

“He is free to do whatever he wants. But the Stewards have to penalise. There was no room at all. The first one he hit me really strongly on the arm. I was out of the track. Luckily Rins was on the other side, otherwise I could make a big mess there. In the second race the same.

“Let’s see if Race Direction will do something. When you see an action like this, you need to use the rules. What makes me angry is we penalise only when one rider makes another crash. But we have to penalise the action. It doesn’t matter the result.

“If I had hit Rins and we both crashed then, there would’ve been a penalty because there was no crash, no penalty. If it’s as simple as this why do we have the Stewards panel for? We don’t need it. Sincerely I don’t want to speak more about the Stewards panel.

“I understand nothing about their job. There is no communication between the riders and the Stewards panel. Nobody understands the penalties. It’s frustrating. But we cannot win. I’m angry because I did a good start, especially the second start. I was P5. But anyway, what makes me more angry is we couldn’t finish the race because of an engine failure. So this is the final result… Anyway, it’s racing,” summed up Espargaro.

Marquez, on the other hand, discussed more about the incident and Espargaro in particular. He added about a clash in Dutch GP, where he didn’t complain. A similar situation happened with Suzuki’s Joan Mir in Styrian GP itself, but he didn’t complain.

“We know Aleix Espargaro, I mean, if I need to complain about all the contacts from other riders, what can I do?, said Marquez. “In Holland, he touched me in the last chicane and I nearly crashed and I never complained. Here, in the first race, I had a big contact when Mir tried to overtake me and I didn’t complain.

“This is racing. It’s true that – I always try to speak honestly – that in the first race, if somebody made a mistake it was me, because he went a little bit wide and I went in, because in the corner, if you just have a gap, then it’s easy that somebody comes and you lose a lot of positions, so I went in.

“I didn’t expect to have such a big contact, but he was there. And in the second race, it was his mistake. I started better than him, I was already in a good position, in the brake point I was parallel with him, but he just released the brakes and went in. Quartararo was inside of me and we had a contact. But first race my mistake, second race his mistake,” summed up Marquez.