Home More Series Formula V8 3.5 Deletraz on pole, Dillmann at the back 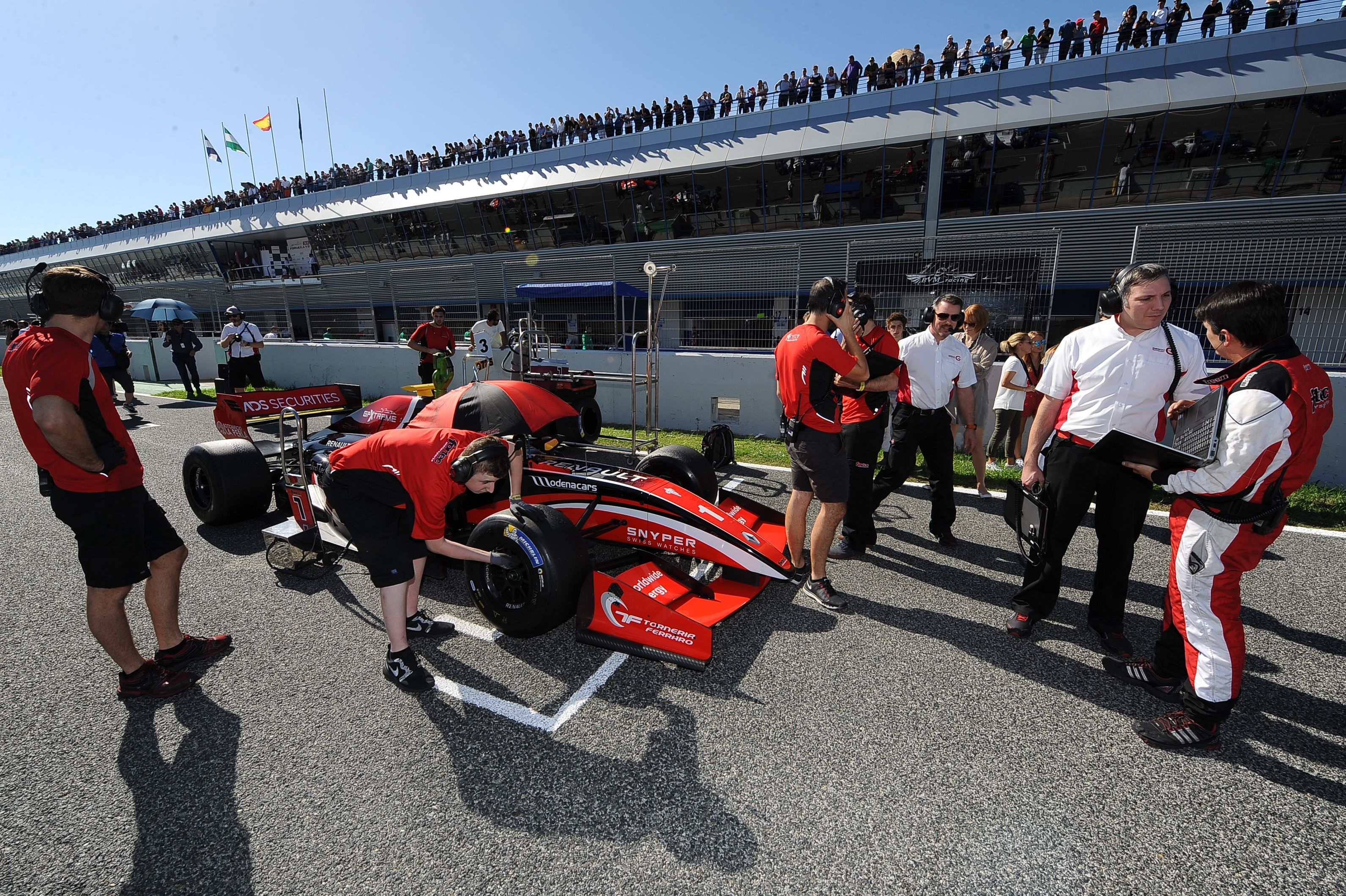 Louis Deletraz claimed the second pole position of the week-end at Jerez ahead of Jack Aitken and Matevos Isaakyan when Tom Dillmann could not do better than P13.

As soon as the green flag came out, everyone headed out on track. Tom Dillmann, as usual, found himself under investigation for track limits as soon as the early stages of the session. While Jack Aitken was in the lead, the session got interrupted because of Rene Binder.

At the restart, Aitken was in the lead ahead of Matevos Isaakyan and Roy Nissany. While most of drivers pitted halfway through the session, Randle, Cipriani and Vaxivière stayed out.

At that moment, Aitken’s best time was deleted and he found himself at the back of the field. In the last ten minutes remaining, the battle for pole position focused between 2015 Formula Renault 2.0 rivals: Jack Aitken and Louis Deletraz. The Swiss made it to the finish line, beating Aitken for 0.003s. Isaakyan, Vaxiviere, Orudzhev, Visser, Panis, Nissany, Fittipaldi and Baptista completed the top 10 while Dillmann was only P13.