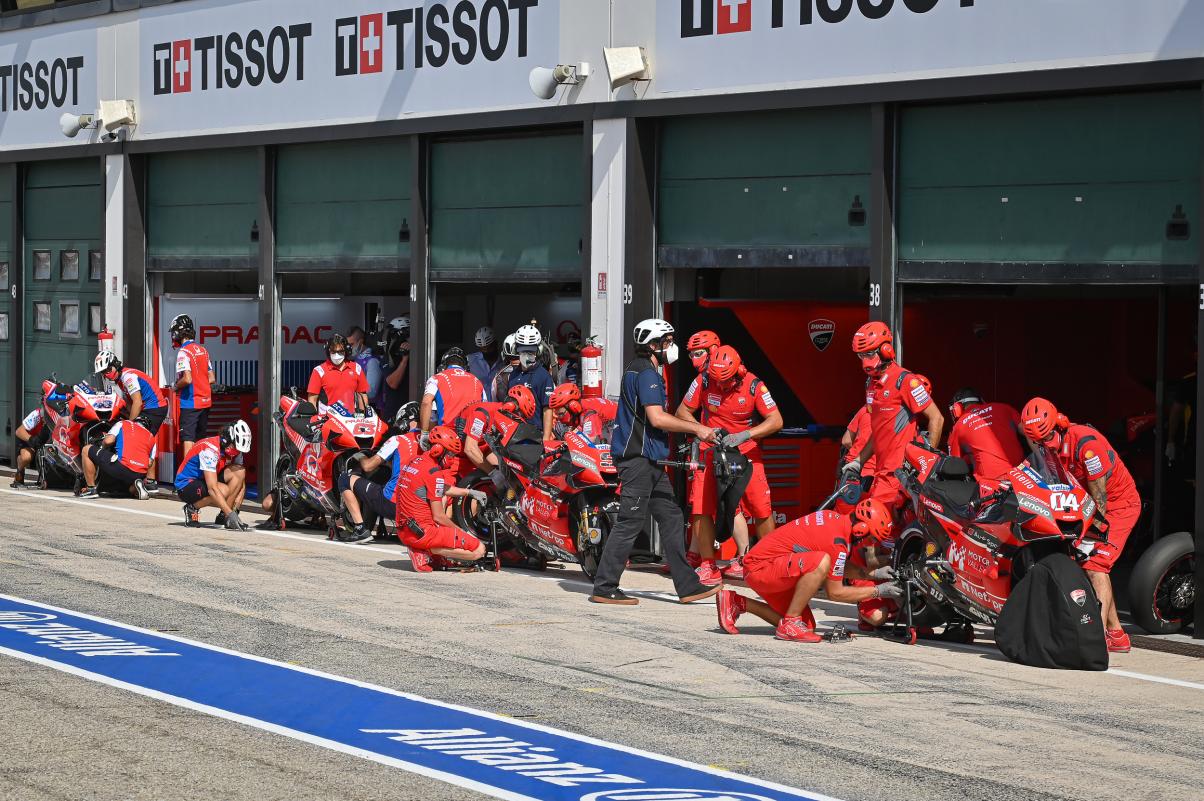 Gigi Dall’Igna has opened up on Andrea Dovizioso, the aero work for Ducati, its 2021 MotoGP riders and the chances they have.

In an exclusive interview to Sky Sports Italy, Dall’Igna opened up on the recent talk from Dovizioso. The MotoGP rider said his side of the story, where he felt that it was the Ducati chief who already made up his mind in 2019 to not retain his services beyond 2020.

Dovizioso felt there was a communication gap and that Dall’Igna made it tougher relation to end, even if it was cordial by the end. For the Ducati chief, though, he felt sorry for such criticism from a veteran rider. “We evaluated Dovizioso’s interview,” he said.

“It was a very long relationship, the longest in Ducati’s history, but I don’t think the media is the right place to talk about it. We both gave our best to bring home the best possible result. Stories end among professionals, I’m sorry when a rider makes such criticisms.

“I have many collaborators to manage to make certain decisions. Andrea was an important collaborator, but stories are destined to end and so it was,” Dall’Igna summed up, as he then spoke about the pairing of Jack Miller and Francesco Bagnaia.

At the same time, he added on rookies Luca Marini and Enea Bastianini, who will graduate to MotoGP with little testing due to the COVID-19 restrictions. “Miller had a growing 2020 final, he had fantastic races and if he still has that form he will be among the contenders to take home the title,” said Dall’Igna.

“But Bagnaia has also done great things in many races, I hope to have two good points finishers to fight for Ducati in the World Championship. Pecco has to work on continuity, especially on certain tracks, he has to make the most of the tyres. In one year he made an incredible leap in quality, if he grows again it will be the match.

“It’s a strange year, there are few tests and for rookies like Bastianini and Marini it will be a problem. They skipped a lot of tests, it won’t be easy, they will reach the first race with very few kilometers in the engine. For them the first races will amount to some test,” summed up Dall’lgna, who then spoke on Ducati using tokens on aero side.

“This will be a particular season, it comes after 2020, a difficult year,” said Dall’Igna. “It is a year with many technical limitations , the engine will be frozen and also affects the chassis. We have put a lot of imagination into it and I hope that in the aerodynamic part there will be further developments. We have concentrated our efforts where it was possible: we have a token available and we will do it in aerodynamics.”