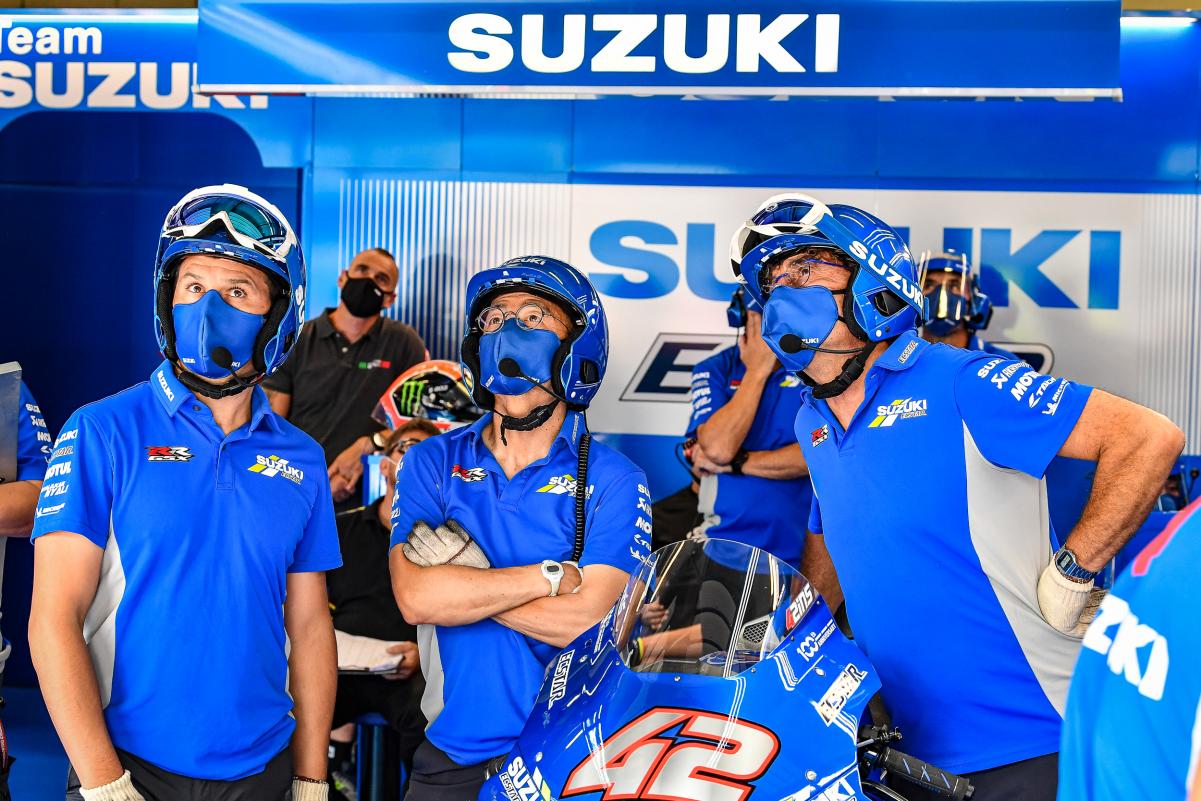 While Brivio hasn’t been confirmed so far, whether he joins Alpine or not in F1, his exit from Suzuki is firm. The Italian actually surprised the Japanese manufacturer with his decision, especially after leading the team and Joan Mir to their respective MotoGP titles in 2020.

Having worked his way up from junior roles to becoming the Suzuki team manager, Brivio has done well on his part, but with his speculated move to F1, he will certainly feel like a rookie for starters. Even though it is still racing, but he will need to adapt to the politics.

For Suzuki, though, they are not looking at his direct replacement as project leader Sahara says that they will be able to manage it from the people within. Even though there are still links with people from Honda and even Ducati, it doesn’t seem anyone will join.

“It was shocking news,” said Sahara. “When Davide told all the team staff, everybody was shocked, of course. But before long we turned our minds towards the next steps to overcome this situation together. I really appreciate what Davide has done since he joined Suzuki; coming in at the start with the newly-created project and growing it to become a top team.

“For sure we are affected by it, but I don’t think we are going to lose the way without him, because we always looked at things in the same way and agreed on the direction to take. We also have expert staff to help us manage. I fully trust the team structure we have and the rest of the people who helped build it up. I think that we can manage the situation with the people inside Suzuki, and it is the best way for us.

“We know who we are, how we work, how we interact, and what we need. We won’t look for an external manager right now, we will try to manage by ourselves. It is always necessary to fine-tune the team structure to get the maximum performance from each team member as standard procedure, even without Davide’s leaving. But I think everyone is professional enough and has the know-how to go on in the best way possible

“We will be more united than ever because we all love this brand, this team, and we will give 150% to carry on with the new challenges in the best way,” summed up Sahara, as he further added that the riders Mir and Alex Rins shouldn’t be affected by it too, even though both the MotoGP riders were surprised by Brivio’s decision too.

“In my opinion it should not affect anything from now on,” said Sahara. “We will be working as we know how, and even more than before now that we’ve won the championship. Our attitude has never changed: we will aim to fight for the title again with our two strong riders, Mir and Rins. It will not affect our riders ability to fight for the championship. We are already champions and we have two young, talented, and great riders.

“They know how to deal with troubles or difficult situations and manage the pressure all the time. I’m not worried at all from this point of view. They are both super professional and ready for the 2021 Championship,” summed up Sahara.