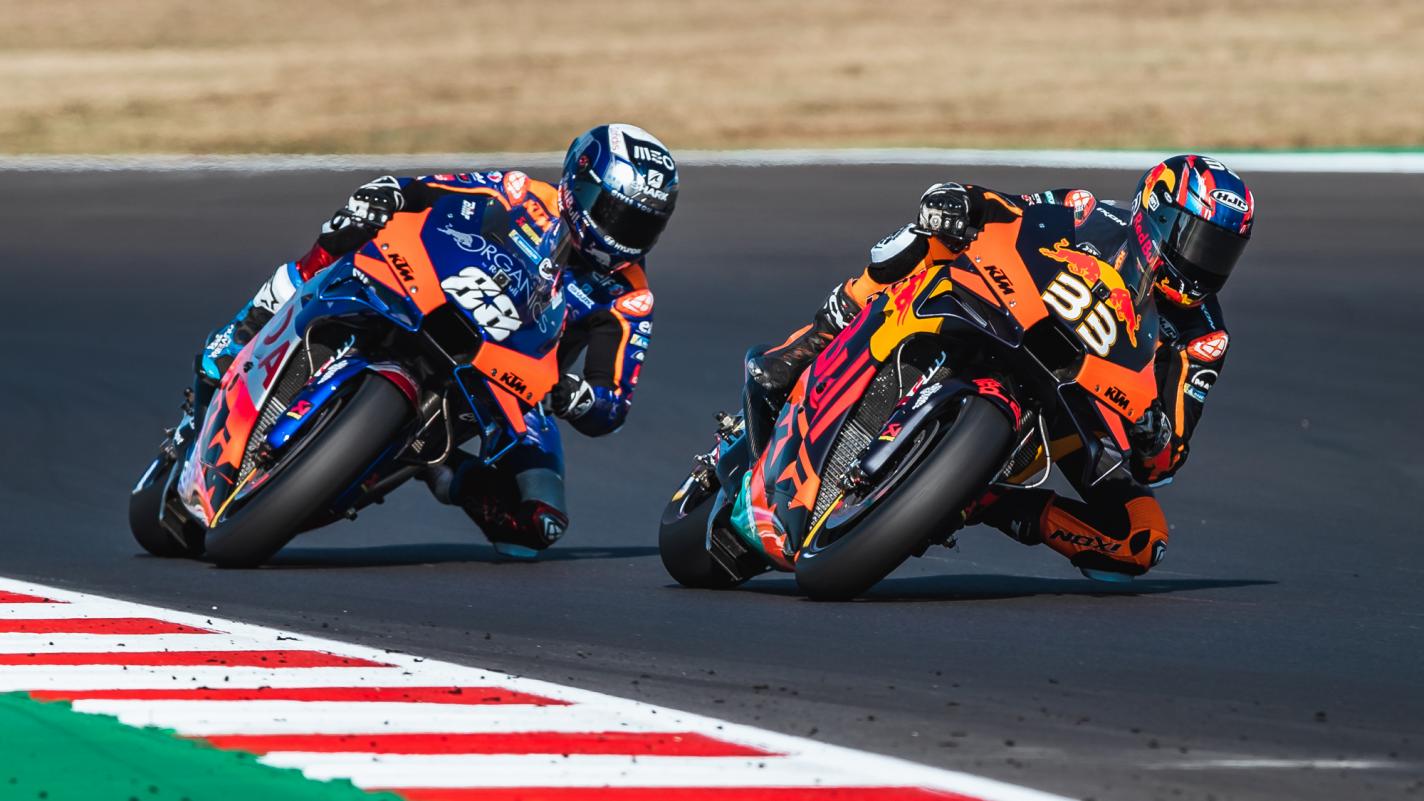 KTM has announced a long-term commitment to MotoGP ahead of 2021 start as the Austrian manufacturer will remain in the series until 2026.

Having entered MotoGP in 2017, KTM has seen a solid rise in its performance, as 2020 was its best year with multiple wins and podiums for not just the factory outfit but also its satellite team, Tech 3 Racing. Its RC16 has improved in leaps and bounds.

To further push on for the ultimate glory of riders’, teams’ and manufactures’ titles, KTM has committed to MotoGP for five more seasons in a new contract with Dorna Sports, which will see the Austrian manufacturer compete in the championship until 2026.

Together with MotoGP, KTM will also continue to compete in other categories like Rally, MXGP, Enduro and AMA Supercross and Motocross. Upon the announcement, Pit Beirer, KTM Motorsport Director: “I’m extremely happy to be able to announce this new five-year contract with Dorna.

“I want to take this opportunity to thank Dorna especially and Mr Carmelo Ezpeleta and his whole team because we’ve had four great years together already and they are a really professional partner in this important sport. After only a few seasons we have put this project on a very solid base, so it is a positive step to continue our MotoGP involvement up to 2026.”

At the same time, Hubert Trunkenpolz, KTM AG Member of the board (CMO) stated: “Entering MotoGP was a big move into a big championship and we knew the odds were against us but the energy and the ideas and the desire from our side was never a doubt. In just four short years we have become part of the establishment and have pushed the orange further up the standings.

“We are proud of the profile and the prestige of not only being in MotoGP but having an impact at this level. We can see the influence of MotoGP success across the business as well as the significance for the brand on a global stage. We’re only too happy to remain part of the MotoGP paddock with our current structure and some promising projects ahead.”

And finally, Carmelo Ezpeleta, CEO Dorna Sports S.L, added: “We are very satisfied with the renewal with KTM because not only they are an amazing partner, but because they also chose the platform of the FIM MotoGP World Championship as a marketing tool they consider to be ideal for their products. This is not only good news for the championship but also for our sport, thanks to their involvement in all three racing categories.

“This extension tops last year’s epic season with three victories in the MotoGP class – one win by South African Brad Binder at the Czech Grand Prix and two historical wins by Miguel Oliveira, the first one in Styria and the last at his home Grand Prix in Portugal which proves their achievement in the most demanding category of motorcycling.”

After wins and podiums in 2020, KTM will be looking to improve further in 2021 but will have a revised line-up in both its outfits. The factory team will feature Brad Binder and Miguel Oliveira, whereas Tech 3 will have Iker Lecuona and Danilo Petrucci. The test line-up, though, remains the same as Dani Pedrosa and Mika Kallio.