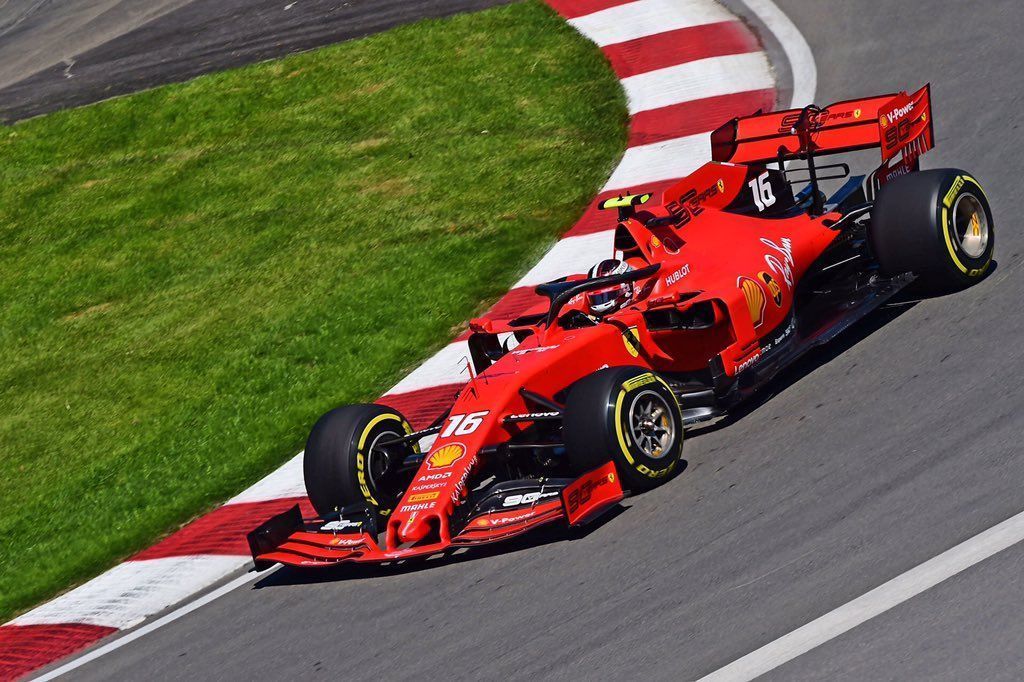 Ferrari bounced back in the second practice session in F1 Canadian GP with Charles Leclerc heading Sebastian Vettel after a hit for Mercedes’ Lewis Hamilton.

Leclerc ended up quickest in FP2 of F1 Canadian GP at Montreal with a 1m12.177s, which was only 0.074s from Ferrari teammate Vettel (1m12.251s) as the Italian manufacturer showed some fight after the first session rout at the hands of Mercedes.

It didn’t go well for Mercedes in the second session after an early end to Hamilton’s session after the British driver hit the wall at Turn 9 which caused a puncture to his right rear tyre. The team eventually chose to change whole of his rear end as precaution.

The British did his lap on the medium compound before the hit and only completed eight laps. Racing Point’s Sergio Perez (1m13.003s) slotted in seventh ahead of the Renault pair of Daniel Ricciardo (1m13.016s) and Nico Hulkenberg (1m13.168s).

The Dutchman’s lap was set on the hard compound after his quick lap on the soft tyre was hindered when he hit the ‘Wall of Champions’ when he was slowed down by Gasly in the final few corners as he suffered damage on the front right.

He did venture out on track later on but did not improve on his time. Behind the Red Bull duo, it were its sister Toro Rosso team duo with Alexander Albon (1m13.436s) leading Daniil Kvyat (1m13.521s) in 14th and 15th in a slightly tougher outing for the team.

After a good FP1, Alfa Romeo Racing’s Kimi Raikkonen (1m13.542s) did not have a great FP2 with Kimi Raikkonen only 16th, while his teammate Antonio Giovinazzi was cut short when the team decided to change his gearbox due to the first session hit.

The Italian was only 18th after he set a 1m14.870s on the hard compound. It was Haas’ Romain Grosjean (1m13.598s) ahead of him with the Frenchman having another tough run, which included a tangle with Stroll towards the end of the session.

Stroll’s left rear brushed Grosjean’s front right with the hit put under investigation. The Williams duo rounded out the grid with George Russell (1m15.036s) in 19th from Robert Kubica (1m15.287s), as the Polish returned after missing the first session.

Canadian GP: Hamilton sets pace in FP1 from Bottas in a Mercedes 1-2