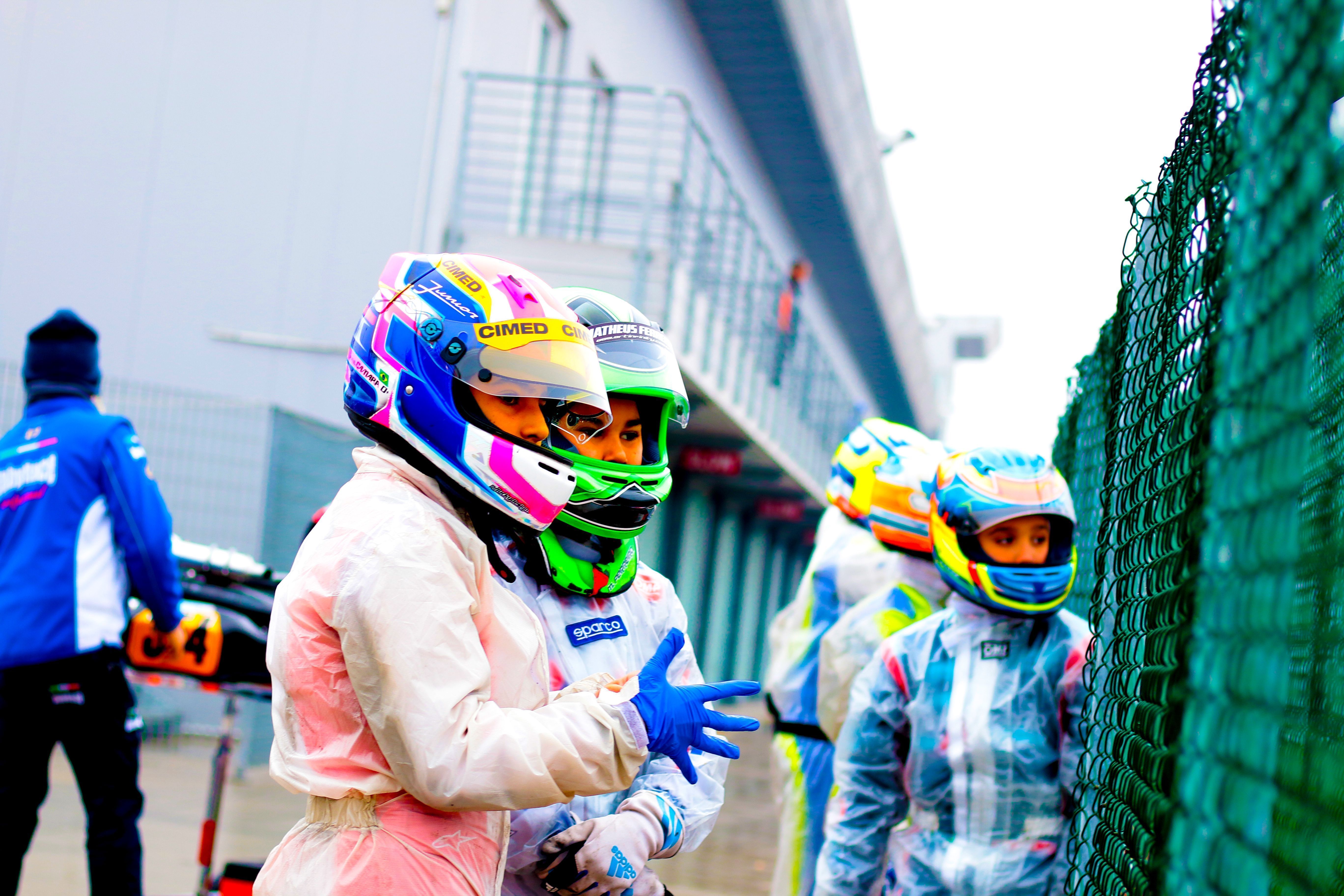 Rafael Camara won the WSK Super Master Series first round in the OK-Junior category at Adria. The Brazilian crossed the finish line in second place but a penalty to the winner, Josep Maria Martí, allowed him to take the victory. Robert de Haan and Thomas Ten Brinke completed the podium.

After a weekend spent on water at the Adria Karting Raceway facilities in Veneto, the weather improved and the finals could be ran in dry conditions to the OK-Junior category.

In the prefinal A, Andrea Kimi Antonelli (Rosberg Racing Academy) was unstoppable and won by more than 5 seconds of margin to Josep Maria Martí (Tony Kart Racing Team). While in the prefinal B, Rafael Camara (Birel ART Racing) won thanks to the penalty received by William Silverhorm (Ward Racing).

In the final B, Ricky Flynn Motorsport driver Laurens Van Hoepen dominated the race after a spectacular comeback of 14 positions. The Brazilian Vinicius Tessaroo (Parolin Racing Kart) could not repeat the victory of last week but managed to finish second, with the Russian Miron Pingasov (DPK Racing) completing the third position.

The final was a memorable race thanks to the fight for the victory that starred Rafael Camara, William Silverholm, Robert de Haan (Energy Corse), Andrea Antonelli and Josep Maria Martí.

Andrea Antonelli had a very fast start and took the lead of the race after leaving in second position. The Italian driver started comfortably leading the race ahead of William Silverholm and Robert de Haan.

But Antonelli’s pursuers began to press on lap 10, with Swede William Silverholm taking the lead in the race. This movement started a very bitter fight between Silverholm, Antonelli and De Haan that ended with the Italian out of the track on lap 13 that made him go down to the eighth position. Antonelli finally managed to finish in sixth position.

This three-way fight allowed Josep Maria Martí to catch the race leaders. The Catalan arrived and quickly managed to get in the lead of the race with two laps remaining.

The last lap was a heart attack. Silverholm overcame Martí in turn 2. Tony Kart’s driver was also overtaken by Camara who in turn would try to advance to Silverholm in turn 6, although his maneuver did not work.

At the same time, Josep Maria Martí opened to overcome Camara and fight with Silverholm, with whom he would touch a curve later. Thanks to this touch, Silverholm was out of the race and Martí crossed the finish line in first position.

However, the commissioners investigated the maneuver between Martí and Silverholm and they decided to apply a 10 seconds penalty to the Spanish driver for having made an unwise maneuver. Camara was benefited and got the victory followed by De Haan and Thomas Ten Brinke, who repeated the podium for the second time in a row.